In readiness for the flooding of Bangkok 2011. 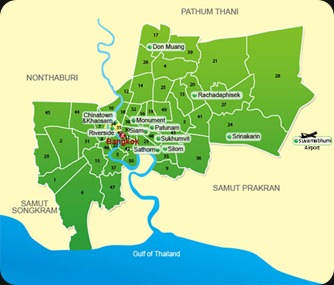 We have moved into the heart of Bangkok for almost a year now, so our house on the out skirt of the city has pretty much been empty (obviously) for the same amount of time, the house sits on the very edge of a sub district named Salathammasop, which is a part of the larger district called 'Taweewattana' and that sits on the top left hand corner of Bangkok, a sneeze away from Nonthaburi Province and Nakornpathom province.

To the North of our home lay two other districts, 'Bang Bua Thong' and 'Bang Yai' (both are part of Nonthaburi Province), both have been hit hard by the flood (so my area should be next). The first floor of a colleague's house is now 50 cms under water, however if you go out onto the main road of the housing estate then the water level is chest high. How can that be that in the year of 2011 any part of Bangkok can be chest high under water! This wasn’t some freak event like a hurricane or an earthquake, I believe there were warnings, several warnings, many are saying it was just poor management by the various authorities.

Yesterday, I had to go back to the out skirt home to pick up the cot, and decided to take a short trip to the local supermarket, talking about being totally prepared, there were make shift walls, sandbags and other water stopping measures everywhere, totally putting me to shame, all I did to prepare for this flood was literally 3 extra tins of tuna, several bottled water and two dozen eggs.

This market is at least 50 to 60 cms below the road, so it shouldn’t have been a surprise to see this pretty hefty wall (but it was). 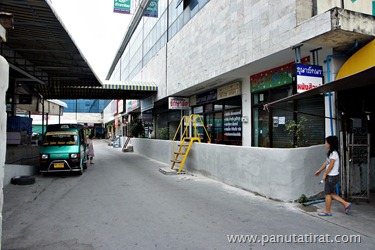 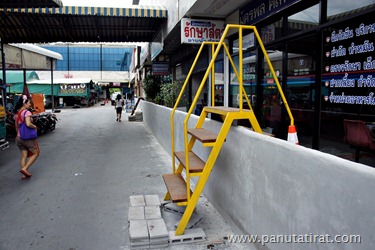 People were selling life jackets and boats on the street; all bridges, even the expressway have turned into car parks, so was the U-Turn bridge near our home.

I am sincerely hoping that these people, who had no choice but to stay, will be safe and that the best case happens for them, that is somehow the water manages to miss them all. 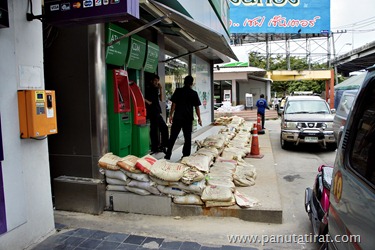 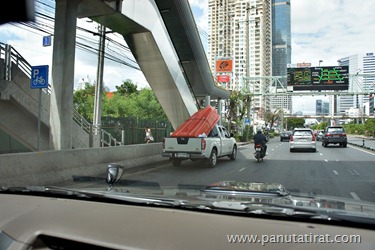