Since the beginning of the flood, FROC that was set up by the Government have had more complaints and criticisms than praises, I can not confirm every criticisms but the latest act of blatant stupidity have made me so angry.

FROC’s headquarter was at Don Muang Airport, this was a large scale operation, with tv studios, press areas and other essentials that all centre of operation should have. Moreover it was also a large relief centre where the people suffering from flood in the surrounding areas were fed and put up, its other main function was a depot where a major part of the donations were stocked. 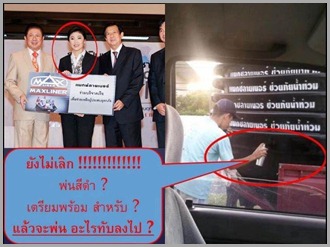 One of the main complaint / accusation (I truly hope this is false), (with several pictures posted on FB as well as on the news) was that some politicians were packing these donations and putting their names or names of their organisation on it! I mean HOW LOW CAN YOU GET! These donations came from the kindness of normal citizens as well as from overseas (such as Japan), most weren’t billionaires or millionaires like these despicable politicians, they just wanted to help, why is Thailand being govern by these #%^$. 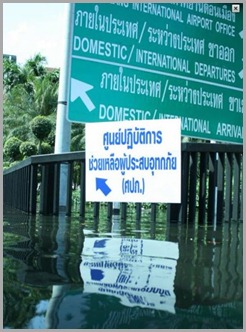 Then there were the accusation of unfairness in dispersing these donations, in that only a certain politicians have the authority to release these much needed essentials. While there were requests left right and center, but these essentials still sit in the warehouse because these politicians had nothing to gain from releasing these donations to these group of suffering people, WTF!


Sod’s law, eventually the flood came to Don Muang, so what did the FROC do? They moved of course. But being with little brain and no common sense, they decided to just up and left, the people who were relying on the relief centre were still there, more importantly part of the donations were also left behind.

The news showed pictures of donations (that was left behind), whether they were clothes, make shift toilets and all other essentials (I mean really essentials) just floating in the water! What a waste! Did the flood come like a Tsunami? NO, NO, NO, it didn’t and besides they are the FROC, people go to them to find out where the flood was coming so they should know well in advance that the flood will hit Don Muang. Or didn’t they have enough resources to move all of the donations? NO, NO, NO, come on they are (again) the FROC, essentially and literally they have the whole Army, Air-force and Navy at their disposal, but no, they just decided to leave, were there any planning? Were there any preparation? I don’t know which part of their anatomy they used to make these decisions, clearly it wasn’t their brain (do they have any?). 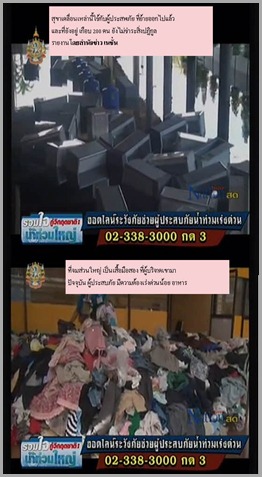 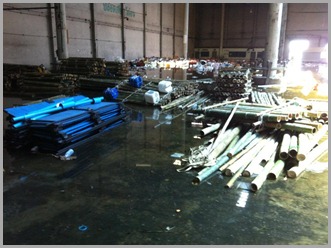 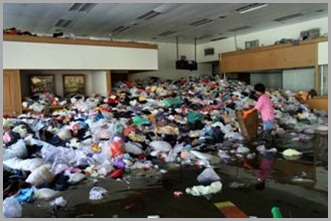 So far, personally I have not been affected by the flood (knock on wood), but to see these people whom we trust to guide us out of danger, are acting so foolishly is just beyond belief and heartbreakingly disappointed. I am hoping all of these information I am consuming is wrong, and that there are some really good explanations behind it, please.