Perhaps there is such a thing as a ‘Free Lunch’, not!

Your mother contact lens had run out again, so I had to make my ritual trip to MBK to get them. The final BTS station happens to be at MBK, which made it very convenient in deed, on the way back instead of going straight back to the office (it was still during the lunch break), I decided to go and see the ‘Red Shirts’ camp, there is no point writing another five pages explaining who they are and what they want, I am sure by the time you can read and understand this blog, Google would have been able to directly send the answer via an Apple’s iPhone 9G straight to your brain’s Occipital Lobe (who needs a friggin touch screen). 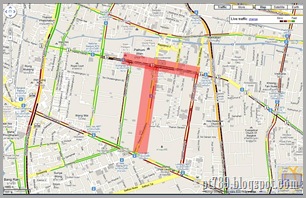 As of today, Red Shirts have been occupying the most prime retail area (Ratchaprasong Intersection) for approximately a month now, forcing the most well known department stores to close, these including Central World, Central Chidlom, Siam Paragon, Siam Square and so on. So, on my return journey back to the office I decided to hop off at Siam BTS Station, just to take a look at Red Shirts’ camp. 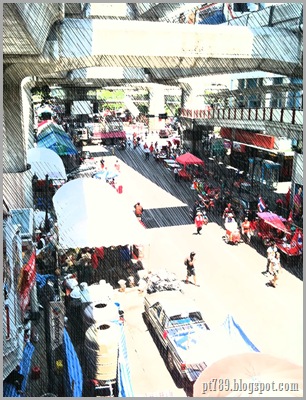 All I could see was the edge of the camp, it looked peaceful enough (this was before the bombing on Silom road), so with time spare I went down to have a closer gander, as I walked down from the BTS station it became clear that this camp was better organised than I had first thought. 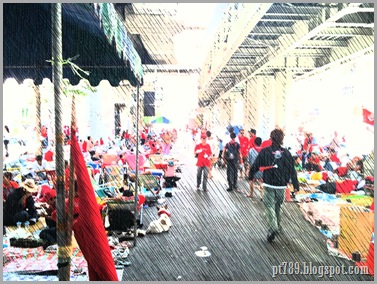 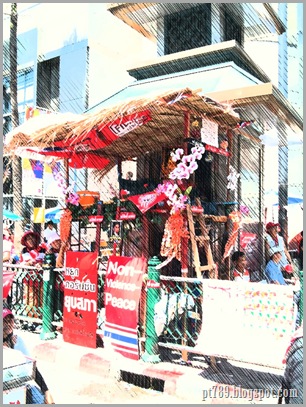 There were shower areas (consists of nothing more than four wooden poles wrapped with a sheet of plastic), portable loos, feeding stations, many people have set up open air shops selling all things red, from t-shirts, hats to even Mr. Thaksin’s mask (WTF). Some of the living quarters were labelled clearly from which province they came.


As I walked passed one of the station, they were handing out free food and drinks (many believe the ex PM (Thaksin) have been bankrolling this from the very beginning). Instead of just wandering around I decided to pay a visit to our Coffee Master construction (this was supposed to be Thailand’s latest reality show), it was one day away from finishing… The shop looked fine, not even a single graffiti :) 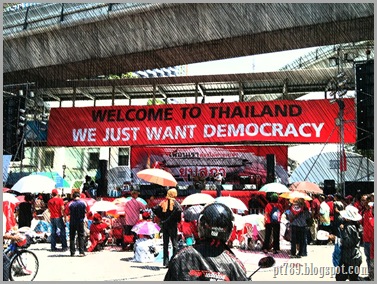 At the centre there was a big stage, by the time I arrived, there was a lady singing, so I stood and listened, haven’t got a clue on what she was singing about though. The heat was over bearing, and soon it dawned on me that I was sticking out like a sore thumb, probably the only person standing in the sun and also taking pictures with the little iPhone :)

Just as I was about to walk on, the singing had wind down and turned into a speech, actually it was more like an instruction, to be more precise it was on how to handle the soldiers if they ever came to disband the camp, ‘if they ever come close to you ladies, all you have to do is to reach out and squeeze their balls’… (WTF again), I quickly realised I was out my league and quickly moved on :)

No wonder these people have stayed for so long, there were plenty of free supplies and food, even a rumour that pocket money were being paid to most of the Red Shirts on a daily basis. Well, they are certainly having and perhaps loving their free lunch, but the real person who is paying for this is in fact ‘all of us’… ‘Thailand’ is paying for this in more way than one.

Email ThisBlogThis!Share to TwitterShare to FacebookShare to Pinterest
by Panu Tatirat at 17:28
Labels: Thailand/BKK, Unforseenable