Throwing ‘Pink’ into the mix 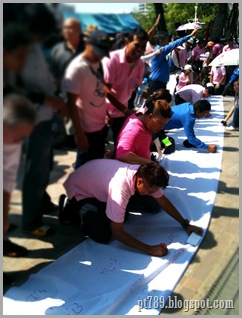 A few blogs earlier I have tried to summarise the political development between the ‘Yellow Shirts’ and the ‘Red Shirts’, and only yesterday I saw on FB that the ‘Pink Shirts’ will now meet up at Suan Lumpinee (Lumpinee Park). “What? Pink Shirts? Who on earth are they?” was my first thought, luckily the gathering was only a few minutes away on foot from the office, so when two o’clock came, a friend and I decided to trotted off to the meeting.

I don’t even have an official name for the ‘Pink Shirts’, from their introduction the leaders were from several fields, University’s professor (from Chula), ex Deputy Director General of Police and representative from the business sector, the meeting was very cordial, by the time we got there they were asking the people who came (mostly in pink shirts (obviously)), to give a pledge in front of  King Rama the 6th monument. The gist of the pledge was, we will be loyal to the King and that we denounce all parties who is trying to pull the royal institution into the current political turmoil. 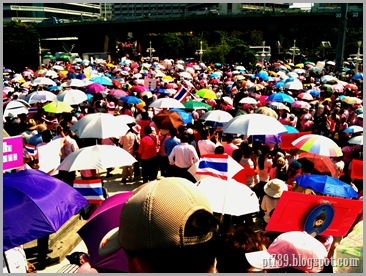 Their second message was in support of the government not to immediately dissolve the parliament, and to use the law to the fullest. I guess that is why several people think that the ‘Pink Shirts’ are really ‘Yellow Shirts’ in disguise.

Just as a background, ‘Pink’  became popular (really popular) at around the end of 2007, when our King left the hospital wearing a pink shirt and pink blazer; so here is the similarity with the ‘Yellow Shirts’ who openly say that they are in support of the King. 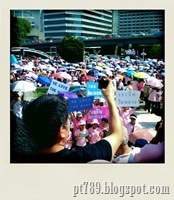 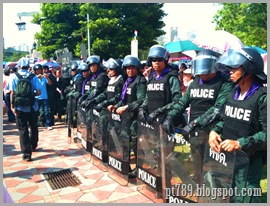 The meeting was only for an hour or so, it was totally different than the ‘red’ meeting that I had visited a few weeks back, no personal attack, no hidden meaning and no anger… I am not sure how the Pink will differentiate themselves from the Yellow, or may be the Red was right in saying that Yellow and Pink are really one of the same.

Email ThisBlogThis!Share to TwitterShare to FacebookShare to Pinterest
by Panu Tatirat at 17:05
Labels: Thailand/BKK