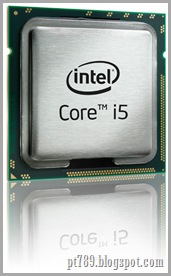 Had a thought last night upon giving up the core i7 project, as there are no real MBs which support usb 3.0 at the moment, at first I was going to go with a Q9550 build just as a stop over (may be for a couple of years) , then a friend suggested that I should take a look at a Core i5 build as the prices will  not that much more than a Q9550 build… and that is the way I have chosen to go.

The main differences between the core i5 and Q9550 build are the other components that I also have to change, if it was a Q9550 build, I could have used the old ram, cpu cooler and perhaps the psu, but at the end this investment could always be moved to another build down the road ahead.

So, I am assuming for the next build (after this one) I shall only have to upgrade the MB and CPU… :)

Email ThisBlogThis!Share to TwitterShare to FacebookShare to Pinterest
by Panu Tatirat at 17:46
Labels: IT/Tech./Photo.