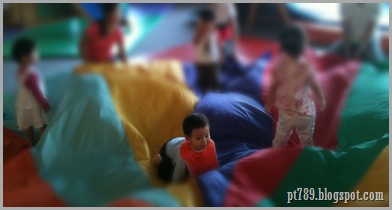 As we were going through our normal Saturday routine (car wash, Gymboree and etc.) suddenly your mother had a blinding idea of going to Saraburi (one of Thailand's central province) on the Sunday, of course who was I to say no :) 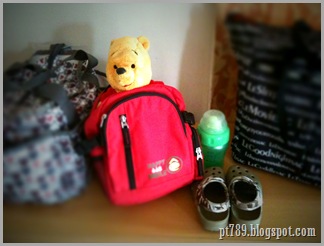 Packing up the house for one of these day trip is becoming easier and easier, I had managed to get everything ready in roughly the same time as your mother took to wash, changed and artistically put on her make up, which means all in all a blooming long time, of course (again)  who was I to complain :)

Because of where we live, going north out of Bangkok was simple, no need to fight through all the city centre traffic, it took us just a little under two hours to cover the 150 Kms distant. We ended up getting lost just a little (which is very normal for me), the place we were heading to is actually about 35 Kms beyond Saraburi, to a popular sub district of Muok Lhek. The biggest attraction in the area is the Kao Yai National Park (which covers several provinces). 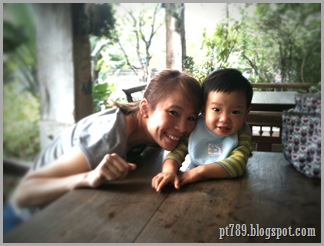 Timing was perfect, we had left right after your breakfast, so not long after we had set off you were all snuggled into your car seat, then promptly felt asleep and didn't wake up until we had reached our first stop, a small restaurant call Tong Buok (direction translation is Gold Plus) which sits literally opposite one of the entrance to Kao Yai National Park.

The weather was nice and cool (like early autumn in the UK), lunch went well, your wisdom teeth are coming up now so we are beginning to give you more grown up food, you had no problem scoffing down steamed egg (with pork) and rice, and again you never had any issues with eating, from spaghetti to broccoli, the only thing you don't seem to like are sweet things, the last time your mother gave you a small piece of chocolate brownie you chucked up the brownie as well as a large part of your lunch (right in the middle of Starbucks)... never again.

Driving in Kao Yai was great fun, with steep, tight, winding climbs then suddenly a long straight road slowly descending and disappearing into the distant, covering both sides were thick forests and in part a huge drop of a gorge that was no more than a hair's breadth away. All the while we knew we were getting higher and higher, the already cool weather was getting cooler and cooler, by the time we reached the first stop (site seeing platform) you already had another shirt put on you.

The view was stunning, but I'd guess you are too young to appreciate it, instead your entire focus was on a monkey that had just jumped out from the forest behind the small car park and trotted along to the viewing platform, like a true owner of the forest, he (I can see his ding-a-ling) was there to look for food (left over by us humans). 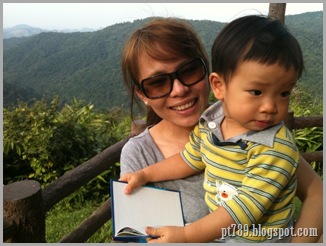 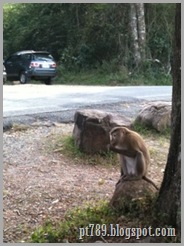 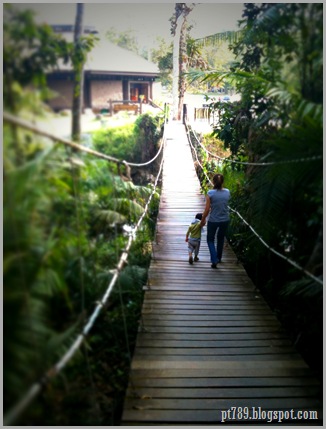 We decided to drive up a little further, to one of the National Park Centre (with lodgings plus camping areas), at the heart of the building there was a small permanent exhibition about all kind of animals that could be found in the area; my interest was more on a small wooden bridge that joins the parking area to a walk trail (more photos opportunity, hoping there was enough light for the iPhone's camera sensor). 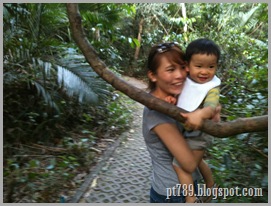 As we didn't know how long the trail was, so we decided to turn back after about 10 minutes of walking as it was getting late and there were a couple more stops we would like to make. It must have been just a little passed four o'clock when you were back in the car seat; earlier in the afternoon while we were heading to Kao Yai we drove past one of the new point of interest of Kao Yai, and have been a real talk of the town, Primo Pisto. 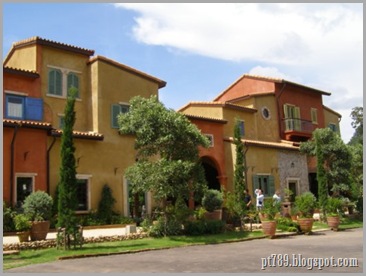 Primo Pisto was a perfect stop (if there weren’t toooooo many people), the design, decor and colour pallet is very much Italian, it is a restaurant and a vineyard (not sure if they have lodging or not), with its picturesque scenery and perfect weather, I was not surprised why this place was so popular, and that is its downfall.

Looks like everyone had to stop here (as did we ;), but no one was interested in the restaurant (which was closed), people were there to simply take pictures, treating it like a 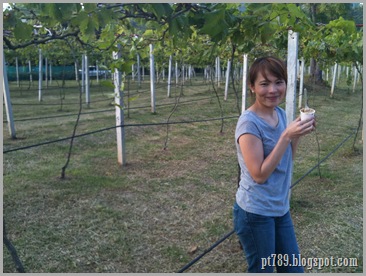 monument. We were looking forward to have a nice cup of coffee and chill a bit, but that was out of the question. Instead there is now an entrance  fee of 55 bahts each, which can be redeemed for a small (but very delicious) ice-cream (your mother had coffee and for some strange reason she got me a raspberry yogurt). The vineyard behind the main building was great, with mountains in the background, being a keen photographer myself it was no surprise why half of Thailand had decided to visit here on this day :)

After just a few minutes, we decided to leave but will definitely come back when it is less busy. With nothing else in mind we have decided to head back to BKK, it was a shame as we have a little time left but didn't know where else to go. 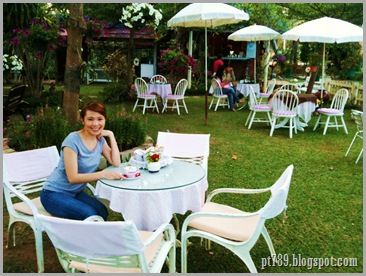 Driving slowly and not far from Primo Pisto, your mother spotted a small cafe call ‘Coffee Mania’, it was gorgeous, with proper swings (when I say proper, it is because it was hung from a branch of a tree and not some cold metal poles), it could only seat no more than 20 people (outside). Of course by the time we saw it, I had already driven passed, your mother looked at me and vice versa, usually we seldom make a U-turn on/for anything… but this time was different, we had a little time left and really wanted to make the most of this day, so U-turn we did :) 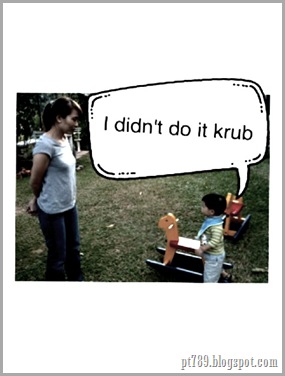 We were not disappointed, the best experience (for us) usually comes from human interactions, one of the  customer there was a lady with her ageing mother and two small feisty (but very friendly) dogs (although she wasn't Thai but spoke Thai perfectly), and ooohhhh how you love dogs, so this is how it went... you + 2 (fun loving dogs) = (Lots of laughters x screaming) + n, which make this quick stop even more memorable.

After our finishing our usual order (Cappuccino & Americano), we headed off home. I had expected an easy drive home, but I couldn't be more wrong, by the time we had reached the main road, all the big trucks were out in force causing a tight traffic jam, it was still flowing although slowly. Luckily, you once again slept all the way home and continued to sleep until about eleven, we didn't think you would wake up but just in case your mother had already prepared your dinner, when you did wake up your mother and I knew this will be another very late night for the both of us :) you were so full of energy again... 2 am was when everything calmed down again... before your mother and I went to sleep we were already discussing our next trip to Lopburi :)

Email ThisBlogThis!Share to TwitterShare to FacebookShare to Pinterest
by Panu Tatirat at 12:48
Labels: Baby, Travel