Somehow everything leads to India :)

Back in October there was an event at Shrewsbury to celebrate the Diwali festival (Festival of lights (what a name, love it)), and all the children were asked to dress up in Indian clothes. Finding the clothes for you was a simple enough task, but getting you to put it on and keeping it on was amazingly difficult, would have been easier get a pig to grow wings and fly to Mars Pluto. 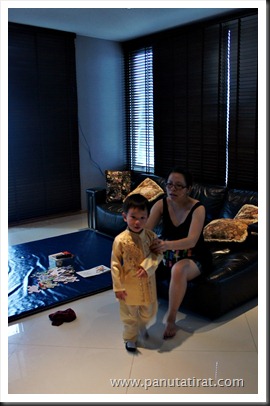 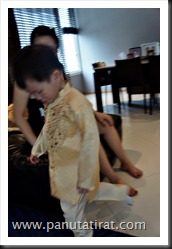 We still don’t know why you were so difficult, tears were flowing like Niagara falls, somehow it felt like you grew two more pairs of arms and hands, by the time we did up your last button, your extra hands managed to undo all the rest as well as your trousers, it was like pouring water into a cup with no bottom, always remained empty, you by some means managed to always remained naked :)

Of course your mother and I won the battle in the end, but we were far from winning the war (you had a cunning plan up your sleeves although you have only t-shirts in your cupboard :) By the way I think you looked very handsome :)

So what was your cunning plan, to get to school we had to drive (obviously), but lately it was only I who took you to school (your mother needed to have more rest). The routine went like clockwork, you got into the rear seats and started reading your book and I of course was driving. On a good day the journey takes around thirty minutes, halfway through I noticed that you were rather quiet, I mean mouse quiet… Something was afoot :) 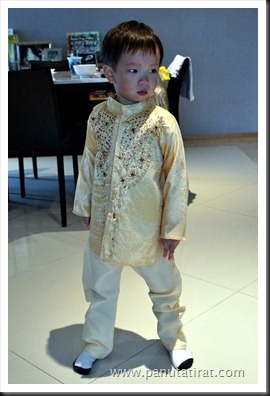 During a traffic jam, I turned around and just guess what I was looking at… I was looking at a very young boy at the age of around three and a half sitting with a book on his lap who had nothing on but his white cotton pants… I should have been miffed, but I found myself laughing so much that I almost had to stop the car :)

Dropping you off took more time than usual, coaxing you into your beautiful shirt and trousers took forever, and by the time we got to your class you were bawling as hard as you could, even though all of your friends were also in beautiful Indian’s dress/costume.

Later I called to see how you were, and you were as right as rain. Anyway, that day the school must have taught you something about India, because only a couple of days later you kept mentioning ‘India’ in some obscure type of Monty Python’s sketch, and afterwards you would always fall down laughing.

Matt: “Where is my pillow, Papa?”
Me: “I don’t know, why don’t you look in the bedroom”
Matt: “India? haa haa haa haa haa, lol x 10 to the power of 100”
(Replace line one and two with whatever you like, but leave the third line the same)

Obvious they must have fed you some funny mushrooms when they told you why you had to dress up in traditional Indian clothes, and I guessed they must have mentioned the country India :)

Email ThisBlogThis!Share to TwitterShare to FacebookShare to Pinterest
by Panu Tatirat at 07:12
Labels: Baby, Family, Matthias