You are now beginning to understand basic instructions in both Thai and English; every time I put you on the back seat I would politely scream :) ‘Baby, please take off your shoes’, and of course you normally would just ignore my civil request and hurriedly scuttle to the front with your shoes very much fastened to your tiny feet (to push and turn every buttons you could get your hands on, that is so annoying ;) ).

So it was a real surprise when instead of you scurrying to the front, you turned, looked at me, then with a slight pause you stuck out your foot, I could only assumed you wanted me to remove your right shoe. I was slightly taken back and also paused for a couple of seconds, you must have been in a hurry because rather than waiting for me to take off your shoes, you began to take them off yourself, although unsuccessfully :)

This isn’t the first time you have shown your comprehension of our communication, but it makes me smile every time you do it, just like when you try to do things for yourself, I just find it so funny. Only this morning while we were driving to my mother’s place, you decided to put on a pair of bright yellow socks… and totally getting no where fast, so you turned and kind of asked for help. You were ever so proud of your yellow feet, waving them in every direction you could :) (very adorable) 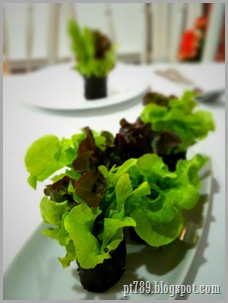 Your mother found this organic eatery a walking distant from her office, and for weeks she has wanted me to try out this new place, so one night after all options were ruled out, I wholeheartedly :) agreed to give it a go. Sushi Pak was more scrumptious than expected, I think this is one of your mother’s hint for me to eat more healthily, but surely no veg can taste better than ‘Moo Sam Chan’… haa haa haa. 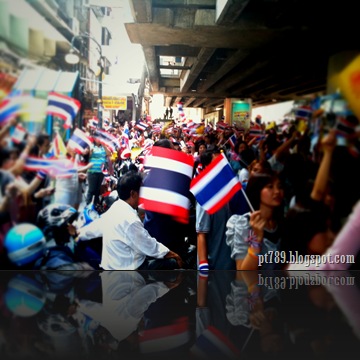 Previously I have explained about the ‘Yellow Shirts’ and then the ‘Red Shirts’, now there is a new group, ‘Multi-Coloured Shirts’, their underpinning value is quite simple and similar to the ‘Pink Shirts’, to support the Royal institution, the government, not to dissolve the parliament and to disband the red shirts.

So far they have been meeting up every lunch time on Silom road (no more than one hundred metres away from the Red’s barricade) to sing a few patriotic songs and generally just to show camaraderie and solidarity, the meeting only lasts for an hour or so.

I had forgotten how much fun this could be 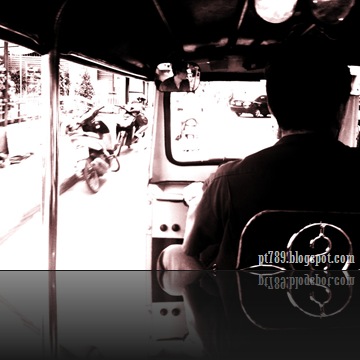 With all the various coloured shirts running around, ’s traffic is becoming darn near impossible, so instead of your mother coming to pick me up, I would take a motorcycle taxi up to see her on Narathiwart road, but for some strange reason all the motorcycle had simply disappeared.

Just by chance a tuk-tuk came screeching from afar, so I did some thing I have not done in a very long time, stuck my hand out and called the tuk-tuk. Normal people would haggle with the tuk-tuk, but even after ten years back in BKK I am still somewhat shi# at haggling, so most of the time I just don’t bother. This time it was going to cost forty baths to your mother, actually cheaper than the motorcycle taxi.

I had forgotten how fun it was to take a ride on one of these, especially then the roads are empty :)

Email ThisBlogThis!Share to TwitterShare to FacebookShare to Pinterest
by Panu Tatirat at 12:33
Labels: Hodgepodge