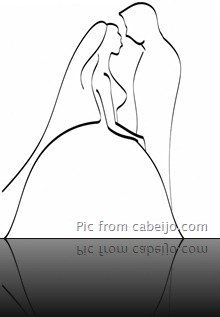 Today your mother and I are now officially husband and wife :) Don’t ask why we had left it so long (after two ceremonies, after two receptions, after six years and  you two later, :) ) before going to the register office, I’d guess it wasn’t important for the both of us. However now that your mother has sacrificed her career to look after the both of you, registering seemed to be quite important, one prime example is the visa application, if we remained separate it would have been so difficult for her.

We went to the district office this morning, arriving there at around eleven(ish), there were tons of people  but the district office and other government offices have improved light years to what it was before, all web based application now :) Registering the marriage took less than half an hour and all we needed was our identification card, the rest of the documents was pulled from the system, such as our housing registration and your birth certificate.

I am more than glad we did it, just to make it official and by the book as they say :) she has already started to threaten me with the “D” word… haa haa haa :)

Email ThisBlogThis!Share to TwitterShare to FacebookShare to Pinterest
by Panu Tatirat at 17:06
Labels: Baby, Event, Family, Family Life, Me