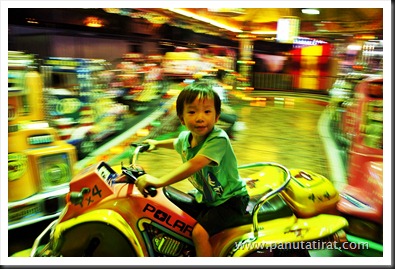 Last week when I was dropping you off at school, K (mum of Otto, your closest friend) mentioned a fairground that have been set up in a huge empty lot right smacked in the centre of the city,  it turned out to be ‘Samyan Funfair’. She and others had already taken their children to this fair and thoroughly had a fantastic time, so the date was set for you to join the gang, who turned out to be your very close friends (Otto, Best and JJ).

The date was Friday, so the plan was for me to leave work a bit earlier than usual and pick you up after you have finished, being a month end Friday, for Bangkok this simply means traffic jam guaranteed :) Your mother was still nursing Marcella so it was your Auntie Tip who took you to the fair. 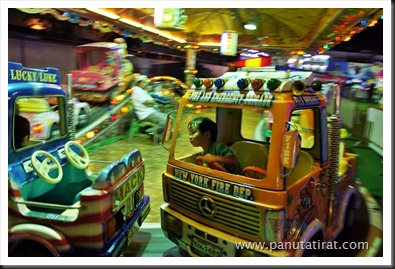 When I arrived, I called Tip she said she was near the ‘Train’ ride, in actual fact you and her were in the Train! Roller-coaster style, and it was just about to pull out :) Now don’t imagine one of those loop the loop thing, although this ride was by far the fastest thing there is for kids your age. Honestly I thought you would chuck up (you didn’t).

What made me laugh was after the ride, once your feet touches the ground all of you ran off in totally different direction and imagine us running and after you :) Paad (meaning eight in Thai) was there too, he was your class mate at Noddy, I really like him :)

As I didn’t have my camera with me, all I could do was a few VDOs and a couple of pics on the BB, some of the parents told me that this was their third consecutive visit to the fair, I laughed because it was so tiring... Guess what, you and I did exactly the same thing... Friday, Saturday and Sunday, a wonderful hattrick :)

Your favourite was the ‘Fast train’, followed very closely by the ‘Motorcycles’, then the ‘Fire Engine’, each ride costs a minimum of 75 THB (3 coins), one of the ride was 20 coins (500 THB), and please don’t ask me how many rounds you did of each ride, let say I could have bought a little boat named ‘Titanic’ with the amount you’ve spent :) lol. 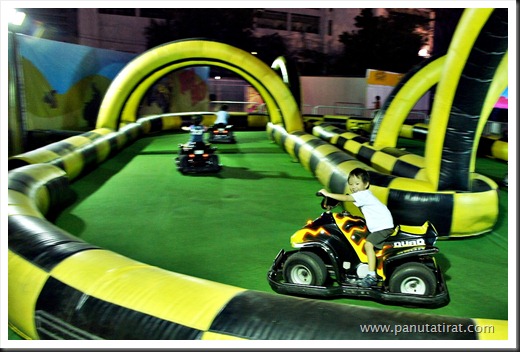 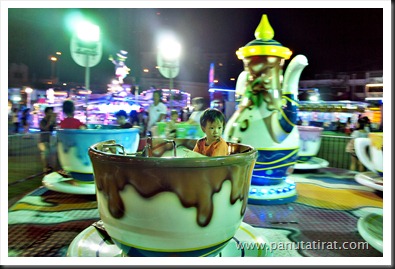 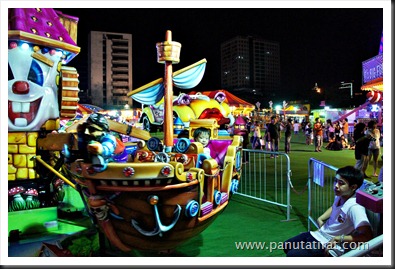 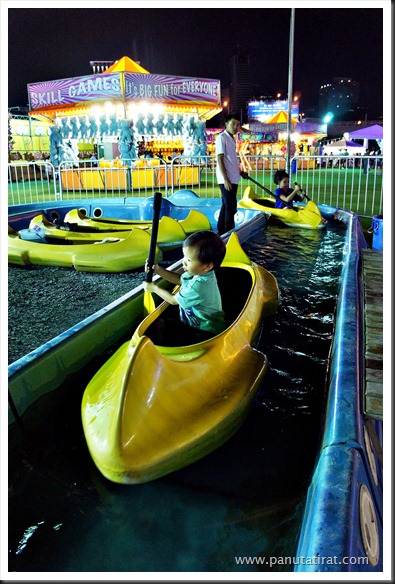 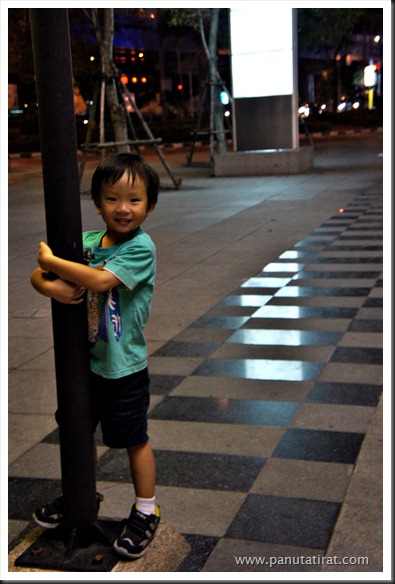 Email ThisBlogThis!Share to TwitterShare to FacebookShare to Pinterest
by Panu Tatirat at 01:25
Labels: Baby, Family, Matthias