Bridge Over a River Kwai 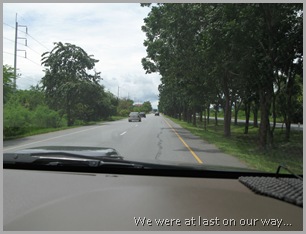 It must have been late on Thursday when your mother had decided that all of us were going to skive off your usual Saturday Gymboree class (it was fine by me, and you didn’t object) to take a short trip up country.

After a quick debate, Kanjanaburi was where we were heading, only 129 Kms to the North West of Bangkok, as usual we were late leaving the house (can I hear you say “again?”), well, this time the gas stove wasn’t working so we had to find an alternative way to make your breakfast (we did at the end), which meant we hadn’t left the house until around 11:00.

Kanjanaburi will be a place that history will probably never forget, as one of the main highlights is the ‘Bridge on the River Kwai’…

“The notorious Burma-Siam railway, built by Commonwealth, Dutch and American prisoners of war, was a Japanese project driven by the need for improved communications to support the large Japanese army in Burma. During its construction, approximately 13,000 prisoners of war died and were buried along the railway. An estimated 80,000 to 100,000 civilians also died in the course of the project, chiefly forced labour brought from Malaya and the Dutch East Indies, or conscripted in Siam (Thailand) and Burma (Myanmar).” 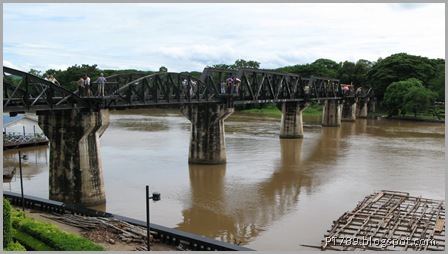 The drive took just a little over an hour and a half, after arriving in Kanjanaburi, we headed straight to the Bridge. Right before our port of call we had to drive pass a couple of the cemeteries for the POWs, and that had really put things in perspective.

The last time I was here, I must have been around 8 or 9 years old, and like so many other instances, somehow the bridge felt quite smaller than I remembered. 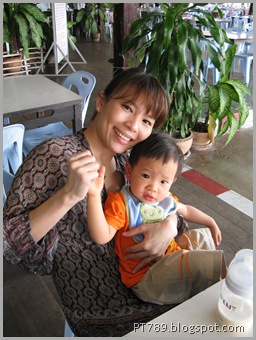 Guess what we did as soon as we got here… yes… we decided to eat (lunch time), the options were rather limited, there were 2-3 restaurants near the bridge, usually we would choose the busiest one (sign of having good grubs), but now that you are here with us, our first option is always to choose the least busy restaurant… :) 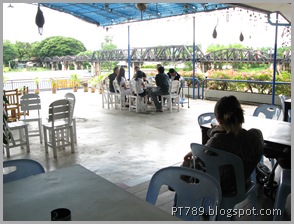 The food was decent (above our expectations), the service was rather slow but the staffs were really nice and understanding. 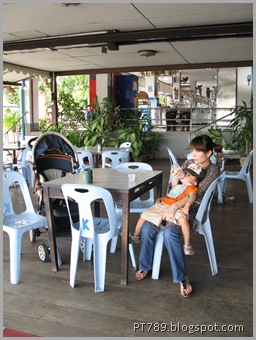 After lunch we headed off to look more closely at the bridge, it is unbelievable how many lives were lost in building this line, it must have been so very different then, no real roads, no restaurants and certainly no tourists… 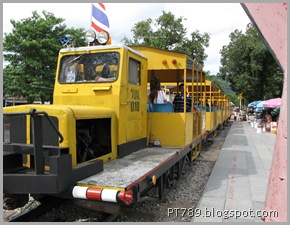 There was this so called train running across the bridge, totally touristy :) and of course we had to get on it, 20 Bahts/person. 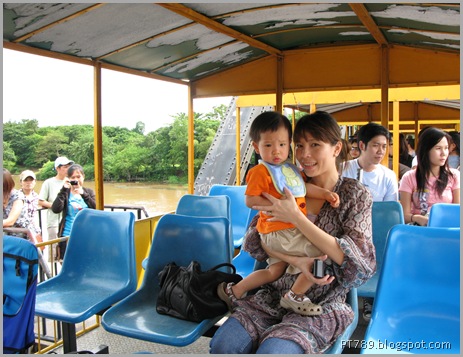 Your face says it all here, this is hardly Disneyland, but for the historical value of it, it was certainly worth all of the 15 minutes of it. Of course we were feared for our lives, I had assumed it was just going to cross the bridge and come back… instead it just kept going.

While crossing the bridge it was at no more than a walking pace, but once it arrived on the other side it suddenly shot off, guessing at round 50-60 Km/hr and creaking all the way. 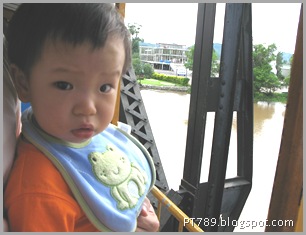 My technique of one handed photo taking is getting better all the time :) Really missing the stolen D90, this G7 is woefully under spec for what we need. From the ever amazing Internet, it looks like Nikon will announce something within the next 2 weeks, all the rumours are pointing towards some new lens and a perhaps a D3s… a what? D3s? Where is my beloved D700s (or x)? I have this feeling I am going to be so disappointed, as often these rumours do come true… Don’t really have the budget for a D3 (s or x), and the incumbent D700 has no vdo… Oh what to do, perhaps the only alternative for a FF DSlr is the Canon 5DMkII… lets wait until October the 15th… 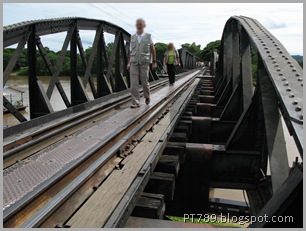 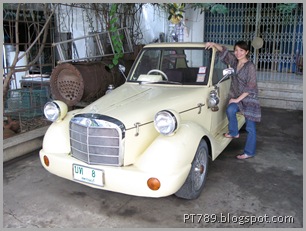 Besides the bridge there was a private War museum, your mother and I love galleries and museums, and this one was ok for a small private museum (meaning not free), there was a decent enough section that is directly connected to the bridge (with often the same photo posted several times), however the majority had nothing to do with the bridge. The best thing about the place is that it was quiet and had a great view of the bridge, a perfect place if you want to cool down have a break from the crowd of people.

One of the first thing we saw was this old Mercedes, your mother and I both started off in the automotive industry (BMW Thailand to be exact), so we have a soft spot for cars (your mother still wants a Mini)… and this was a rare one.

After the bridge we headed off further north to another popular spot, the Srinakarin Dam, approximately 60 Kms from the Bridge. It was a really nice drive, we all took a deep ‘gasp ‘ once we turned left onto the dam, what a view it was… Because of the left turn (up hill) the view of the lake (on our right) and the valley (to our left) was hidden, and it suddenly jumped out at us once the left turn was over… :) 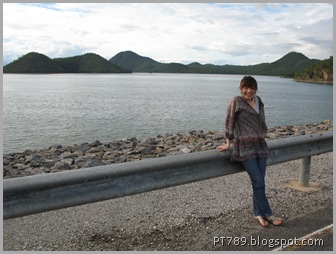 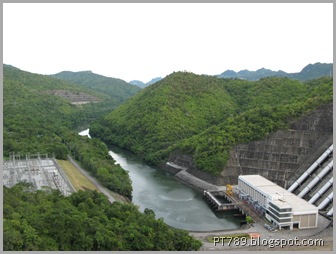 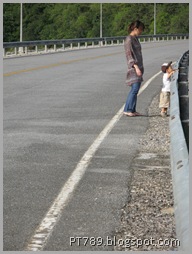 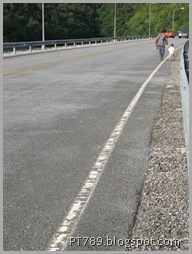 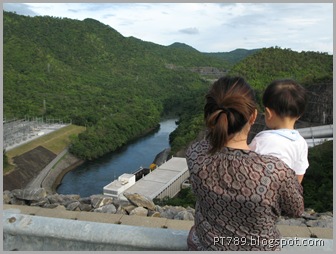 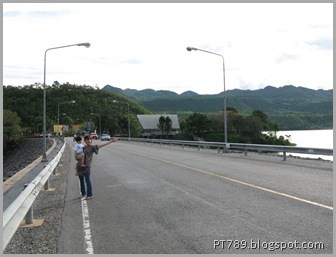 It must have been around 17:30 when we set off from the bridge, by the time we got to the main town of Kanjanaburi it had started to rain, and it kept raining harder and harder all the way home (20:00). All in all it was a great idea from your mother to take this break, and just to leave BKK (and our normal routine) behind, although for just one afternoon…

Email ThisBlogThis!Share to TwitterShare to FacebookShare to Pinterest
by Panu Tatirat at 10:13
Labels: Travel