You are the one (for the time being) 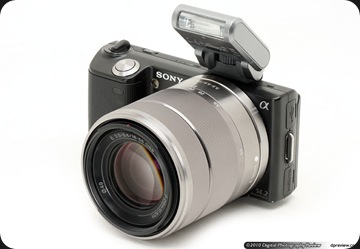 Almost religiously I have been going to nikonrumors.com every day, hoping to see some news about the D700 replacement, and since I don’t have a decent camera at the moment (after my D90 was stolen) the whole thing of not having a proper camera is driving me crazy.

After reading several sources, it looks like the camera I am waiting for may not come out this year at all, so I have been looking at something respectable that will get me by until the ‘one’ comes out (still hoping it would be sooner and later).

So a couple of weeks ago I had started  looking into the 4/3 system,  my choices were quite limited either Panasonic or Olympus… I was ‘this’ close in forking out for a GF1, then suddenly, this one came out from the blue, Sony Nex 5, an APS-C sensor mirror-less system. Being the first iteration, it isn’t perfect, but to have something this small with the same sensor as my stolen D90 was just too much… There are loads of great and in depth analysis (www.dpreview.com or www.imaging-resource.com are probably the best two), of course I could have gone with the Samsung NX10 (same ASP-C sensor), but it was just a little big.

What really helped was a hand on testing I managed to get at Siam Paragon, just like all of the reviews I have read, the menu system was a bit strange (very point and shoot orientated), but like all other people who enjoy photography, I do have my own need (requirement) namely, fast autofocus, semi manual control (aperture, shutter speed, +ve –ve exp., and so on), fast continuous shooting, flash, great back LCD and a couple of little things. The only thing that is missing for me was an EVF… :)

So I am definitely going for this one, instead of the Canon G11, Panasonic GF1 or the Olympus Pen E-P2, but my thirst won’t be quenched straight away, the darn camera won’t be coming until early next month, I am hoping I can have one before going off to Shanghai again next month.

Email ThisBlogThis!Share to TwitterShare to FacebookShare to Pinterest
by Panu Tatirat at 17:55
Labels: IT/Tech./Photo.