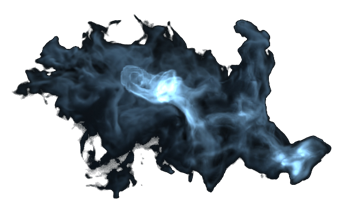 It is amazing how some senses like smell can bring back so many memories, we have moved to the condo for just about a year now, meaning our house on the outskirt of the city have also been vacant for the same amount of time. Some time during this past week the ‘safety cut’ was tripped (perhaps due to the storm), so the house was without electricity for a week (at most), the consequences was a real pain in the behind.

Of course we do go back to the house now and then, so we still have some food frozen in the fridge-freezer, with such hot weather and without electricity the fridge-freezer had behaved like an oven. So when we turned up on this past Sunday, the smell was out of this world, the frozen stuff were no longer frozen but as black as night, the pork was swimming in its own juices and the mince meat was simple indescribable.

Although the stench (and the cleaning up) was a pain and very inconvenient, but I was more bothered  by the memories that it was bringing back. Back at the end of 2004 the earthquake in Sumatra had caused one of the most devastating natural disaster (Tsunami) in the South East Asia region. To cut a long story short, a group of us ended up flying down to help out with the relief effort, through osmosis all of us found different jobs to do; I ended up with the Dr. who had to individually examine the bodies that was coming in by the tens and hundreds each day.

Each team consisted mainly of a Doctor, 1 or 2 body examiners (me), 1 or 2 photographers, 1 evidence collector and 1 note taker. My job was to unwrap the body, then if they were clothed we would then re-arrange it so that it looked as normal as possible, then a photo would be taken.

After that the only objective was to find anything that could reveal the identity of the victims, going through the pockets, looking in the mouth, looking for tattoo(s), did they dye their hair, did they have false teeth, did the wedding rings have names in them, body piercing, estimate his/her age and so much more. Everything was photographed, all removable belongings were examined and collected then carefully logged.

The main message of every morning’s briefing was to ‘take them home’, meaning, find out who they were and bring them back to their family. Our group were there over the New Year period, as I remembered we didn’t celebrate much (obviously), had some beer then went to bed that was about it, in actually fact I don’t remember us talking to each other that much. I got up early, washed, walked to the temple (centre of operation) alone, drank 2 small tins of instant coffee, got dressed up then waited for the morning round to start.

Anyway this Sunday cleaning up was already a pain in itself, but all the while my mind was on old memories of an awful event that I truly wished it hadn’t happened at all, for the immense sadness did not come from the job I was doing but from seeing the families who were waiting anxiously all around.

Email ThisBlogThis!Share to TwitterShare to FacebookShare to Pinterest
by Panu Tatirat at 18:49
Labels: Event, Unforseenable