Out of my league, and I didn’t win this month’s lottery 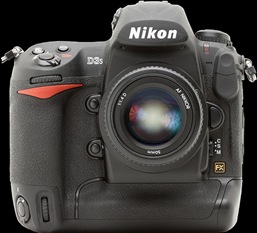 Alas, the long awaited date had come and gone… As the time drew nearer it was certain there would be no appearance for the D700’s replacement :)

As expected Nikon had released the D3s, and a millisecond later, various photography’s Internet forums instantaneously burst into fiery flames…  as usual the ‘I like’ and ‘I don’t like’ camp were (and still are) having a good old time ducking and diving while making punches and counter punches, of course there is also a third camp, the ‘I don’t care’, and through their actions, appointed themselves as the forums’ referees.

Here is a link to my absolute fav forum;

Just talked to your mother on getting the replacement DSLR, it must be psychological thing as I found myself not wanting to go back to the D90 (stolen), instead somehow my mind is set on getting a higher spec. camera. Returning to the “par” or even a lower spec. unit just doesn’t feel right, it would just multiply my bitterness… “they came into my house took the camera and now I have to suffer with a lower spec. unit?” that must be it…

My heart was set on the D700’s replacement, and since I am not a particularly close friend of Nikon’s President thus I can not see it materialising any time soon. Here was the list we were discussing… D300s, 5DMkII and the D700, pretty short list isn’t it.

Well earlier on I said ‘discussing’, when in fact the conversation was pretty one way, your mother was kind enough to let me rumble on and on about things she down right finds boring (to put it mildly).

Still no solution, Nikon still had me at “FX sensor at a (kind of) reasonable price”, I am just another slave to one of the seven deadly sins, Greed :) so I am going to wait and wait until the next announcement (there is no point spending so much money on something you are only partially satisfy  (the rumour mills are beginning to once again, starting to spin, ‘Something in December? (may be)’, or ‘at the latest Q1 2010’).

Email ThisBlogThis!Share to TwitterShare to FacebookShare to Pinterest
by Panu Tatirat at 09:02
Labels: IT/Tech./Photo.