Slightly defeating the objective of being ignorant :)

Being ignorant is such a wonderful thing, I wished I could be ignorant all the flippin time when watching films. If I had known prior that Bruce Willis was a ghost, the film would have been nothing more than just a very well made horror film, or who would have thought his father was Darth Vader and the Princess was his sister! 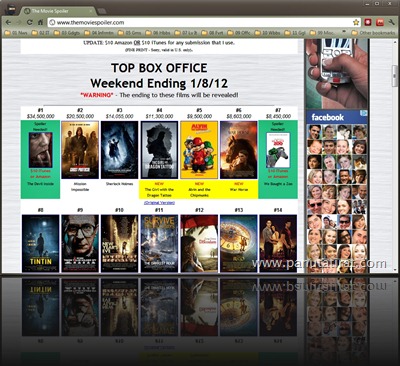 I am glad to be ignorant, well, at least for the hundred plus minutes or so; to have been lead by the director’s story telling skills, totally submerged into the characters due to the skills of the actors & actresses, to have been paced by the editors or overwhelmed by the sets and locations (sadly, mostly are now just CG). To have all those coming together, building and building, story, plots, sub plots, deceptions and finishing with a crescendo of the great reveal or ending is just so blooming fun :)

However, I am another victim of ‘curiosity killed the cat’ syndrome, totally my fault of course :) It all started with desire to know the plot line, Wikipedia is quite good for that, then discovered that some wiki pages were baring it all… after that it was all down hill for me :) ended up at this amazing site, www.themoviespoiler.com.

The name of the site utterly explains itself, from what I have read, each spoiler was around four to five thousand words and the quality of some of the writing was so good you’d thought it was the director who wrote it, lol.

Just read “Sherlock Holmes, A Game of Shadows” and “Tinker Tailor Soldier Spy”, wow, no wonder why both got such a great reception, and of course spoiling it all for myself now… Oh why do I do it :)

Errrm… I wonder what should I read next? :)

Email ThisBlogThis!Share to TwitterShare to FacebookShare to Pinterest
by Panu Tatirat at 16:50
Labels: Films, Web