Not this time Sony, I am waiting for something very special from you :) 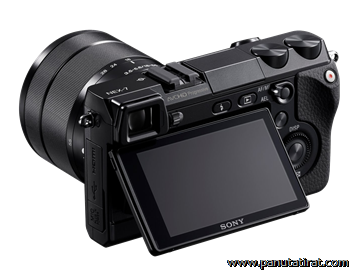 After the burglar took my Nikon D90 and all the lens, it was replaced by the Sony Nex 5, what was at that time supposed to be a very short term solution, supposedly until the arrival of the D700’s replacement. Several months (perhaps years (lost count here)) later the Nikon D700’s replacement is still a dream away, and with each click of the shutter on the Nex 5, I am finding myself becoming more and more obsess with the Sony.

I have never thought the smaller size would matter, but it really does, to have an APS-C in a much smaller package meant a lot less hassle to take out the camera just to take a couple of shots. I was so keyed up to get the FF D800 (or whatever Nikon was going to call it), but right now my decision have made a total u turn (perhaps because I am certainly not a professional). FF is still the way to go, but I am not going to put up with the weight nor the size of the ‘usual’ DSLR.

There is a rumour of a ‘Translucent’ FF from Sony that is supposed to be making an appearance in 2012, I am still in two minds about this route, splitting the light between the EVF and the Sensor is bothering me, although there are some massive advantages, but loosing the light? eeemmmm, frown, frown, frown…

I was excited about the Nex 7, and was already counting the money in my pocket (to give to the camera shop :) haa haa haa), but Nex 5 is still performing well, so I have decided to let this one go, perhaps the next Nex (Nex 9?) will be a mirror-less FF that will accept all Alpha mount lens, with lightening fast and 100% accurate autofocus, and EVF with 100% coverage, in body stabilisation, built in flash, built in GPS, and full weather seal, just realised I’ll certainly be waiting longer than the infamous D800/900.

Email ThisBlogThis!Share to TwitterShare to FacebookShare to Pinterest
by Panu Tatirat at 17:48
Labels: Camera, Hobby, IT/Tech./Photo.