A month after our amazing 'Hospital Holiday' in Pattaya, we have decided to give it another go but this time to Huahin, decided to also take a couple of days off, together with the Labour and Coronation Day, this meant an extra, extra long weekend. 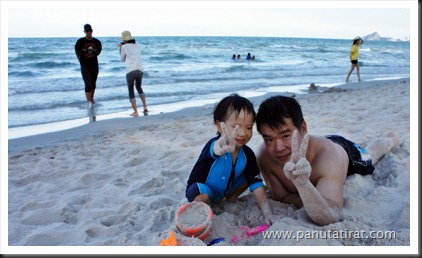 Wow, what a complete contrast to Pattaya, everything went as it should, the hotel and the room was wonderful, although the checking in experience left Gio totally fuming, we had to wait way beyond fifteen hundred before we were given the keys, on top of that we waited forever for our bags and ended up having to go down and pick up some of the bags ourselves, only to find our bag sitting by the concierge, to be honest I think we were so frustrated because we were missing 'pool' time for Matt :)

Like I said earlier, everything ran like one of the The A Team’s plan, perfection. Ended up spending most of Matt's waking hours (of the 3 days and 2 nights) in the water, whether in the pool or in the sea, although the sea came second to the sand, I never knew so much joy could be had from digging holes in sand and filling it up again... :) Apart from that we managed to sneaked in a short trip to a temple and a couple more other places. 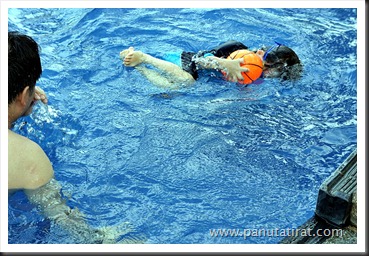 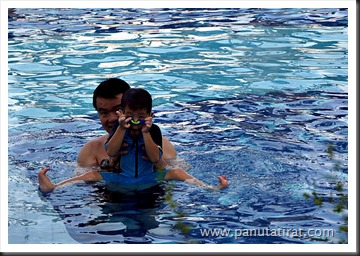 This time round, we had an additional team member, Matt's Auntie, Tip, so Matt was in extra high spirit all through the trip. May be it got all too much for him on the final day where Matt and I went swimming before breakfast, in fact we sneaked in even before the pool opened, so by the late morning / early afternoon he was in such a foul mood (probably from the lack of sleep), and of course it all ended in tears (for him). The tears were gone as fast as it came because he felt as sleep as soon as he had stopped crying, then once again when awake it was like hitting Ctrl+Alt+Delete, resetting a three year old is actually quite simple :) 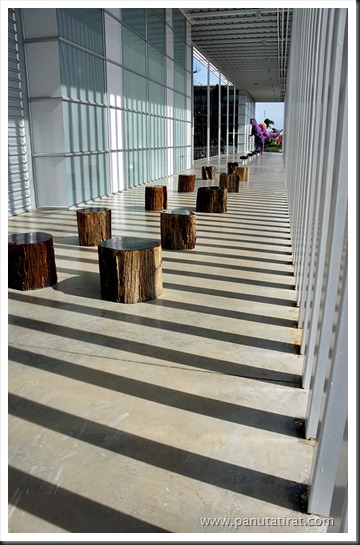 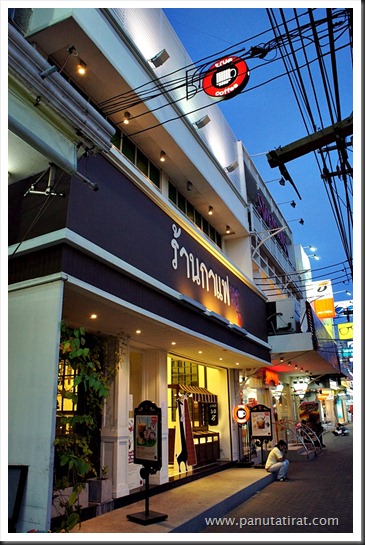 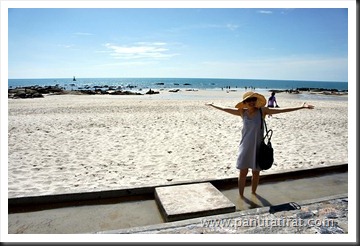 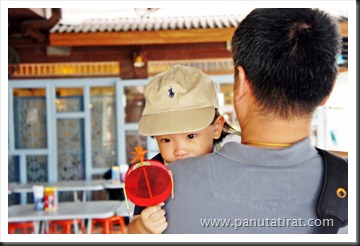 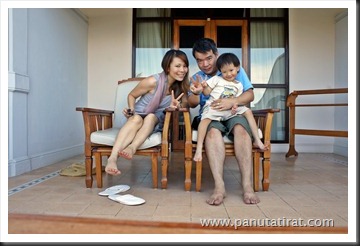 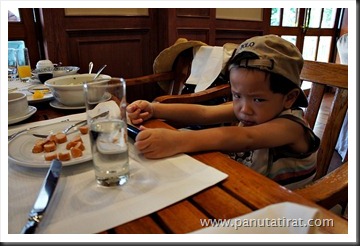