It is just a 'repeater' how difficult can it be to set it up! 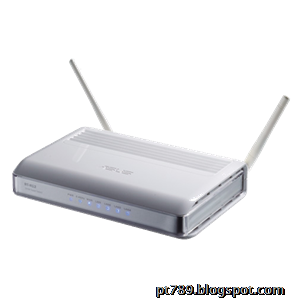 Since our move into the condo six months ago, we have always had this Wi-Fi blind spot in the far bedroom, although not surprising when the Wi-Fi router modem is on the furthest opposite side of the floor plan.

So it was about time to sort this out, the logical solution was to have a repeater in the bedroom, simple... Although having no experience in setting up a repeater, I wasn't expecting it to be that challenging, so no research was done... What a mistake that was.

Sunday morning, D Day, decided to drive to 'Fortune Tower', instead of the holy grail (Pantip), got there around 10:30, might as well be 3 in the morning, totally deserted but luckily my shop for all things 'network' was already up and running.

I was given two choices, D-Link or Asus (1,800 and 1,700 THB respectively) while D-link came with a life time warranty, I decided to go with the Asus instead, purely because it has a dedicated hard switch at the back for 'repeater'. I though 'this is perfect, easier than peeling a banana' (a very Thai expression).

A banana may be one of the easiest fruit to peel, but unfortunately on this occasion I was like a man with no hands whom was given a very raw banana to peel.

First of all, the shop keeper said “do you want to upgrade the firmware?”, who on earth would say no? (especially when they say it would make setting up easier). So off he went with swiftness of a hummingbird and a precision of a kingfisher, the firmware was upgraded literally in a few blinks of an eye.

Feeling pretty great, could not wait to kill that blind spot... It must have been just before noon when I was unboxing it at home.

Like I said, I should have done some research before hand... well, as it turned out the firmware that was updated by the salesman was a (very popular) third party firmware, although it is quite stable and very usable (seconds by several hundreds users), it has totally disabled the ‘hard’ selection switch (so the repeater choice was voided).

Decided to flush the firmware again, but his time using Asus’s own firmware... And ‘Sod’s law’ once again prevails :) I had made the wrong choice in reinstalling the official firmware, instead of using ‘update firmware’ procedures, I jumped at first option that I laid my eyes on and that was ‘firmware recovery’ (or something along that line).

After some furious fiddling, and praying, somehow the official firmware went in... and with a few tweaks, the Wi-Fi Router Modem (repeater mode) was running like a champion.

Email ThisBlogThis!Share to TwitterShare to FacebookShare to Pinterest
by Panu Tatirat at 00:08
Labels: IT/Tech./Photo.