Today was Friday the 11th, and we had to change slightly from our normal routine, of just get up, have breakfast and leave to have some fun for the rest of the day, before returning for a pint and bed, lol, for today we had to check out and change hotel. So on the previous night all the bags were pretty much packed, and soon after breakfast all our luggage were packed into the boot of the car and we were off to... Tree adventure @ Lane Poole Park.

I was a little apprehensive the night before when I was making the booking (in the pub, over a pint of gorgeous Guinness), as it was a longish drive (almost 90 kms away), even when we arrived there, although the view was spectacular, we were deep in the national park with huge trees all around and it was stunning. Then I saw all the platforms and various metal sling crisscrossing way up high in the trees, honestly my first thought was, I had just wasted a bunch of money on something that none of you would enjoy, or even attempt to do. 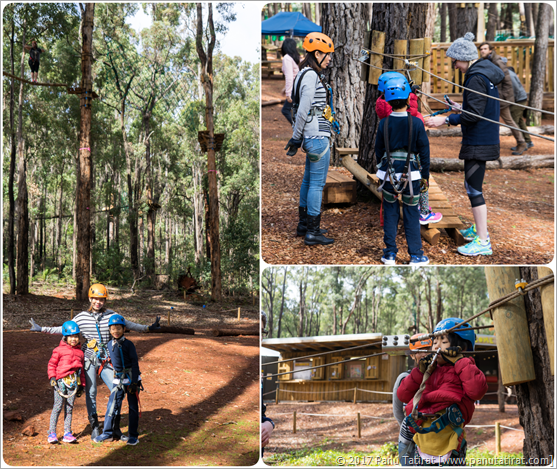 I could not have been more wrong! All of us had to go through some induction training, mostly on how to use the equipment, I never knew that the equipment was that advance (Mar had a slight different training than the rest of us). Mar was limited to the 2 yellow courses whilst Matt was limited to 2 green and 2 blue courses. 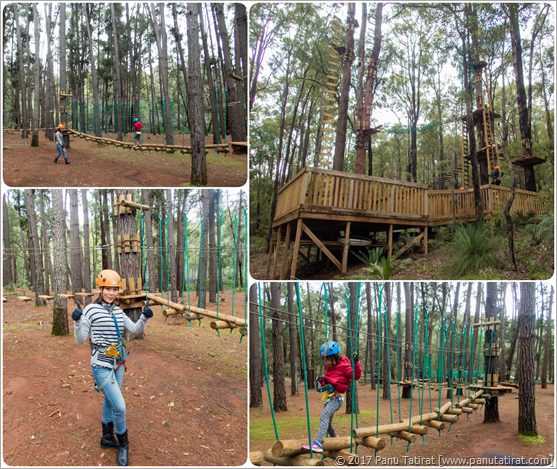 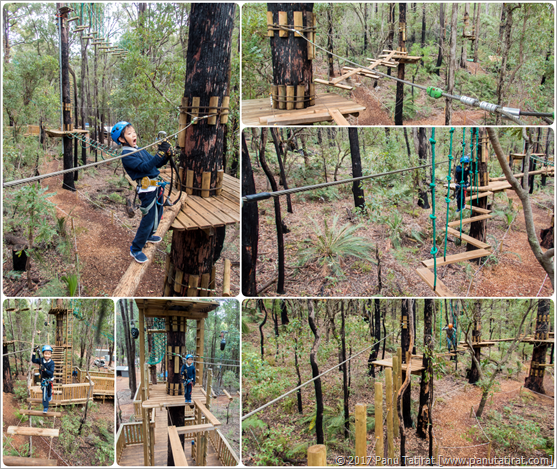 This is the most fun thing I’ve done in a very long time, haa haa haa haa. We split into 2 teams, Matt and I would do the one of the green route, whilst your mother stayed with Mar to do her 2 yellow routes. After only a few seconds I knew everything was going to be superb. 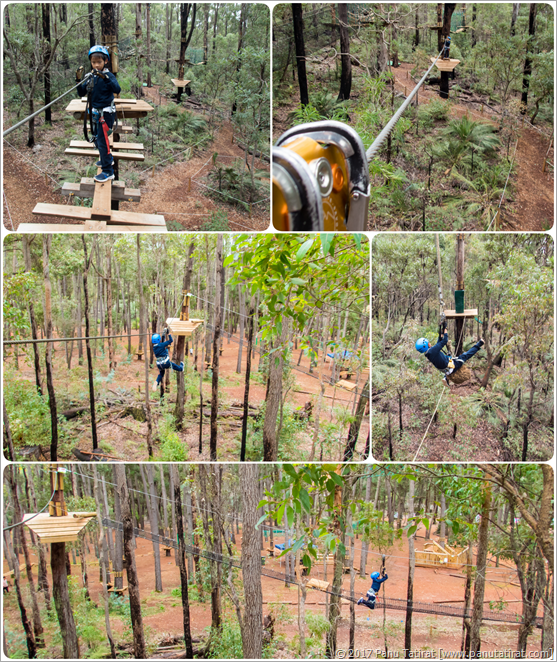 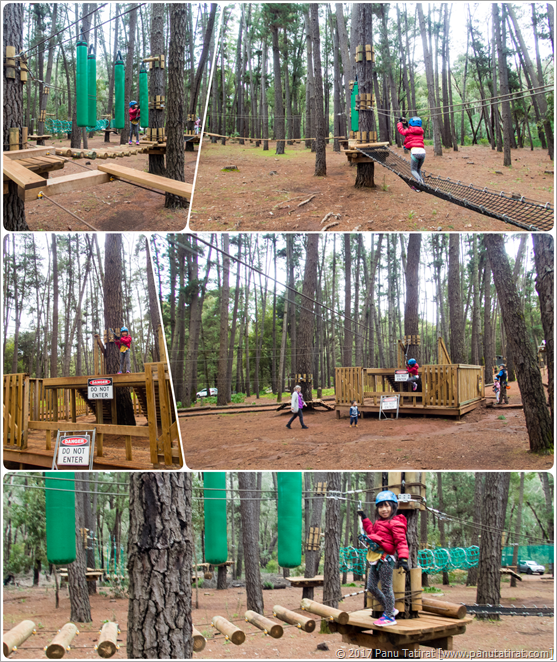 Zipping from tree to tree, climbing over obstacles, over and over, but it never got old, every second was a joy. After my first green route, I swapped with your mother, this time Matt was the leader literally showing your mother the ropes, haa haa haa, Matt was superb and very confident. I was having an equally great time, watching my little princess clearing all the obstacles all by herself. 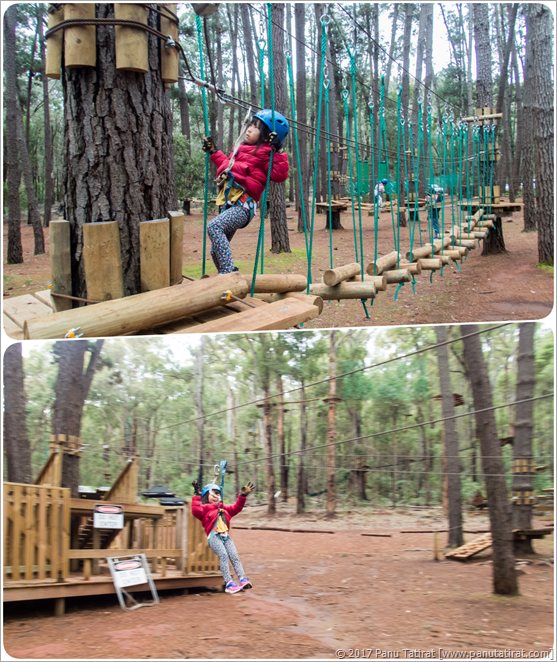 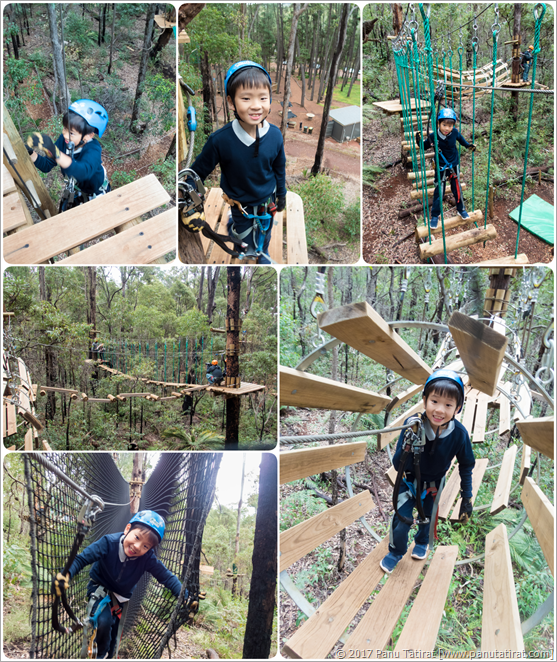 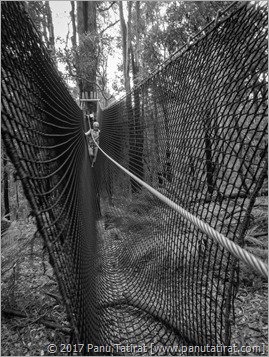 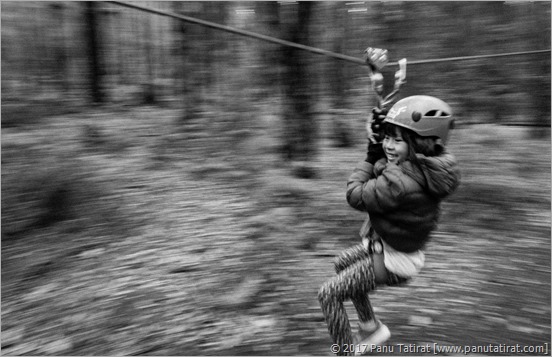 The Blue route was higher, I think on average 10 metres above the ground, and it was amazing... we were supposed to be there for an hour but ended up being there close to three hours, and the only thing that took us away was because it was time for a very late lunch.

We were pretty much in the middle of nowhere, but managed to find a great local restaurant, 24 Carat Restaurant (at Dwellingup), it was superb, traditional western and Indian menu (with a real fireplace). By the time we had finished it was late into the afternoon, and we had another long drive to the new hotel, Novotel Swan Valley Vines Resort, in fact we didn’t check in until after 18:00. 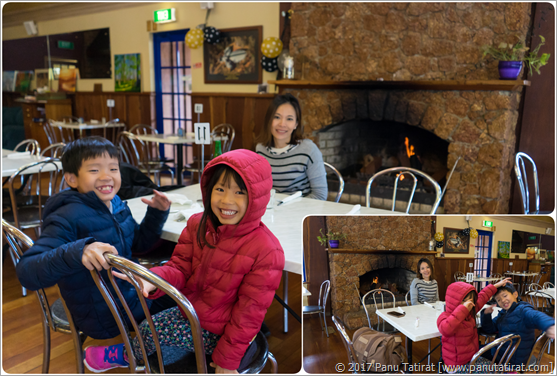 We tried to keep the unpacking to the minimum, as we were only going to be here for one night, after settling in it was the matter feeding your little tummies, haa haa haa. I was out of it, and instead of driving somewhere we decided to take our supper at the resort, and to be honest I think all the guests had the same idea, haa haa haa. 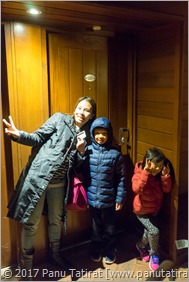 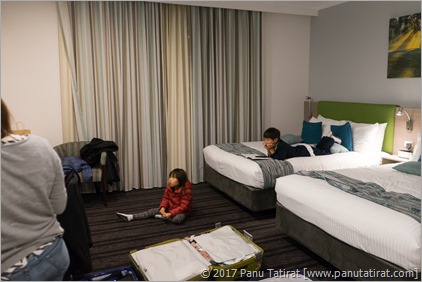 Tomorrow is going to be a very long day, our flights leave something like 1 am on the following day, so you can imagine how much I was looking forward to that, haa haa haa.