I don’t think you two would let me hear the end of it, if we had left Perth without getting to see Kangaroos or Koalas up close, haa haa haa. So this morning we drove North for almost an hour to ‘Caversham Wildlife Park’, I think Mar never wanted to leave, haa haa haa. At Caversham, for some species we were allowed to be quite hand on, and fantastically, one of those species were the Kangaroos.

I thought we got there quite early-ish, but the crowd was already building up, feeding the roos was definitely one of the highlight for you (and probably for everyone else too), and somehow we’d managed to find a quiet spot with hungry roos, Mar was so adorable that a lady asked me if she could take a photo of Mar feeding the roos. 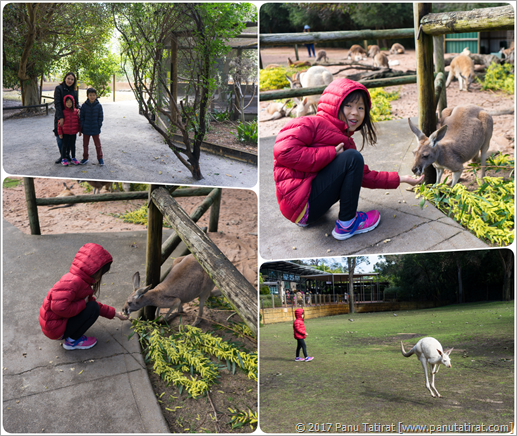 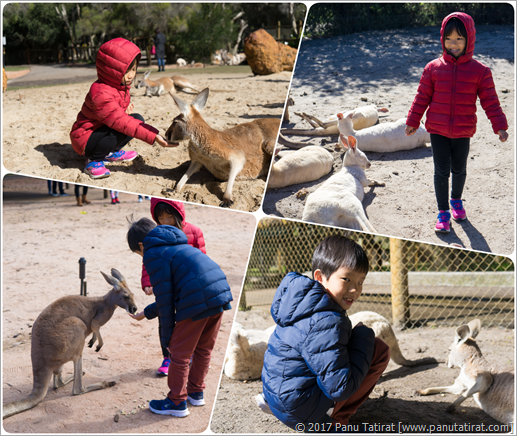 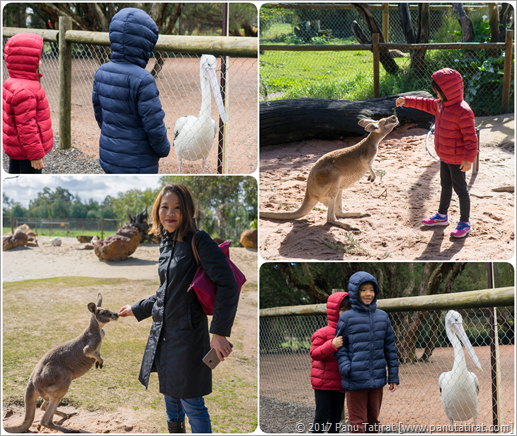 As for the Koalas, I didn’t expected them to be that big, haa haa haa. Walking our way through the huge ground of Caversham Wildlife Park took time, adding to that there were a couple of shows to watch, you two even participated in one of them, haa haa haa.

One of the show was about farm life, we were lucky to catch the end of a sheep shearing demonstration (what skills), then the man said to the large crowd that he was looking for 5 assistants, of course you two wanted to help but were too shy, lol. For the first few seconds no one put up their hand, so I encouraged you two to go for it, haa haa haa, and you did. By then about 10 hands went up, luckily both of you were chosen :-) 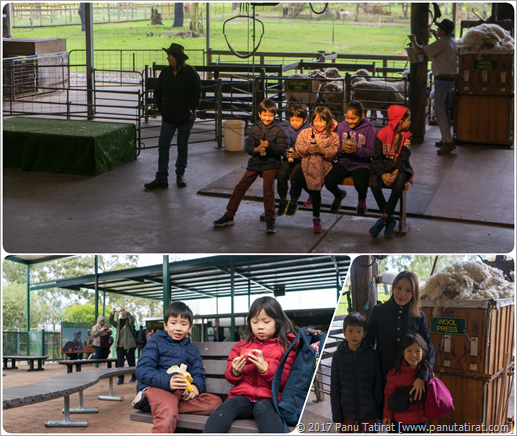 5 children were led down the stairs to the main arena, where a small bench was set up, the bench was perfect for 5 children, the each of you were given a bottle of milk... I was getting worried. The gentleman said, ‘now let’s see who can finish their milk first!’, haa haa haa, I thought this is going to be interesting, as both of you have never really been into drinking milk, lol.

I could see that Matt was puzzled and so was Mar, haa haa haa, then suddenly 5 lambs came out of nowhere and ran to the children... haa haa haa haa haa haa, the whole audience erupted in laughter. To be honest I don’t remember who won, I was just relieved that you two didn’t have to drink the milk. By the end I have never seen you two with a bigger smile, lol. 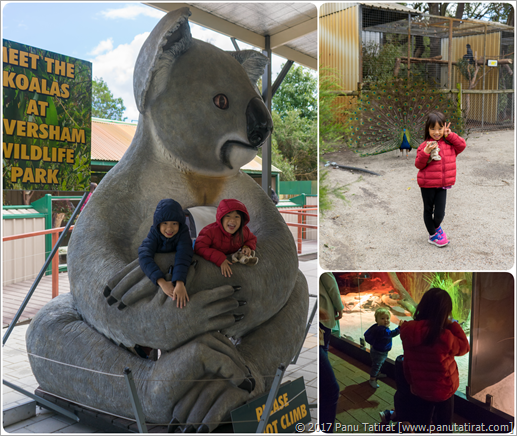 Somehow, four hours had gone, and it was time for yet another late lunch. Google map’s lunch recommendation have been invaluable, haa haa haa, and once again we had a list of where to eat right in front of us, and this time we had chosen Penny Garden Restaurant... (Google what would I do without you?), Penny was fantastic, with us being there so late, there was only one other table there, the food and the service level was excellent! 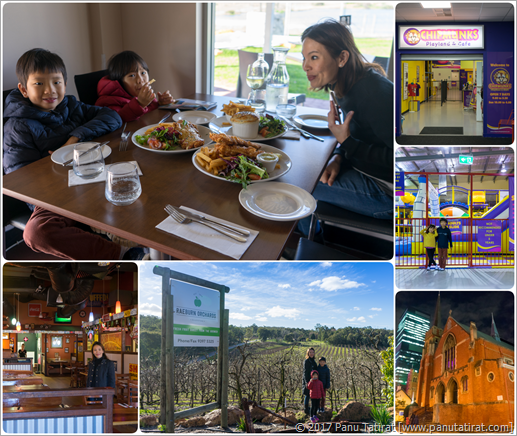 After lunch with quite a lot of time on our hands, your mother wanted you two to pick fruits from a farm, and the nearest one was a good hour and a bit away... so off we went, with full stomach soon Matt went to dreamland, whilst Mar, as usual, was enjoying the scenery. Well, we don’t always get what we’d like, lol, as this was Perth’s winter all the farm were pretty bare, but the lady there was super nice! Matt got to use the restroom, Mar had an ice-cream and I enjoyed driving here so all was not that bad.

Instead of heading back to Perth, we let Matt help to find a coffee shop for us to hang for a bit, and I don’t know how he did it, but he managed to find ‘Chipmunks Play-land and Cafe’! Trust Matt to find a play-land right in the middle of pretty much nowhere, and after a short drive we found ourselves in another local shopping oasis. Unluckily the espresso machine at Chipmunks had broken down, haa haa haa, so after checking you two into the play-land, your mother and I left to wander around, and it was great :-)

That night back in the city, your mother and I gave in and so we found ourselves having supper at Pepper Lunch (I call it ‘smelly hair restaurant’), to be honest I was drawing a blank on what to do tomorrow and during supper I was frantically searching and by some miracle what we were about to do tomorrow would be the highlight of the holiday for me and you two too!.