I think we broke the hotel :-) 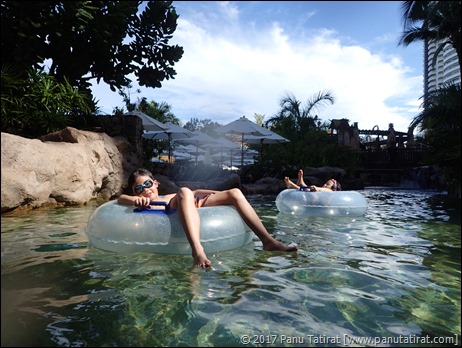 Weeks and weeks prior to the half term break (of your final term) the parents of Mar’s class had been planning to visit Pattaya together, virtually almost the whole class went, haa haa haa haa haa.

So on the 26th of May, on the day you broke up for half term, your mother and I picked you two up from school and headed out to Pattaya (Centara Grand Mirage Beach Resort Pattaya, wow what a name... lol), you two were in such high spirit, until 40 minutes into the drive, both of you went to dreamland, haa haa haa.

Once arrived (mid afternoon), we’d checked in quickly, your mother and I were already very familiar with the hotel so finding our way around was super simple, of course your mother got us a beautiful room but more importantly, it had a bunkbeds! Haa haa haa, that alone could have kept you two happy for months, lol.

Naturally once we all settled in, it was the mandatory photo sessions of you two monkeying around in the room before heading out to the pool, on this Friday only a few of Mar’s friends would be arriving, luckily for Matt, Bhing was able to make it on the Friday, it was great for Matt because Bhing’s brother (a year above Matt, but same age but twice as tall, haa haa haa) was also there too, Matt and Pae had always loved to play together whenever they met. 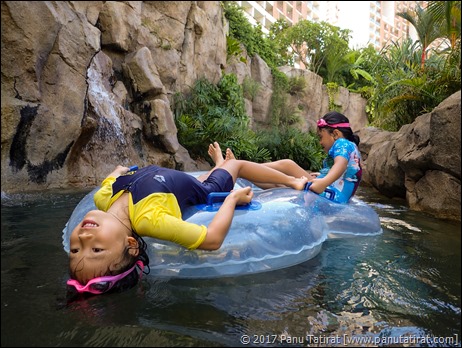 With only a small group of friends, the fun factor was already flying through the roof, I couldn’t imagine what it would be like (tomorrow) when the rest of the gang would be arriving, haa haa haa. Supper that night was quite special, I was so glad that Khun Mhee and Khun Nonglek suggested a somewhat different place to have supper, all of us ended up heading towards a small family run Spanish restaurant.

The restaurant was quite small, when we entered we had a nice surprise, the other group who had also chosen to dine there were also from Shrewsbury, haa haa haa, familiar faces all around. Supper was super delicious and full of laughter.

Next day, breakfast was fast, and it was pool time, cutting the long story short, the fun factor was beyond belief, haa haa haa, especially when everyone arrived, I’ll let the photos explain everything... haa haa haa. That evening we’d decided to dine in the resort, virtually taking over the Italian restaurants, I think there were over 15 children and the same number for the parents, who also took the opportunity to celebrate 3 parents’ Birthdays... you could only imagine the scene... haa haa haa.

When we got bored with swimming, almost the whole gang headed to Harbor City, this shopping mall was focused on family, with so many attractions for children, it was beyond belief, ice skates, lasers, play zone, trampoline zone, and so many more, we could have easily spent the whole day there, haa haa haa, luckily we didn’t.

The weekend was a tremendous success, tiring but super fun, not sure what they have planned next, haa haa haa.