I have never been this stress while traveling ever! You two have been looking forward to this trip, well, since we told you we were coming to SG for your half term break about a couple of weeks ago.

Matt has a habit of falling ill just on the eve of about all of our holidays, lol, and so why break the tradition, haa haa haa haa haa. On the 22nd, everything was packed and ready for a very early start on the next morning.

Before we begin, your mother will not be travelling there with us... she had a meeting... so I was the lucky one who will be accompanying you two to SG, haa haa haa, I was dreading it.

On the 23rd, instead of waking up to a quiet apartment at 05:00, I was woken up by the sound of your mother banging and shouting at Matt’s bedroom door. Sweat began to form pretty instantly under my skin, as I came to my senses from the always super deep slumber. For some reason, Matt had locked his door, meaning I had to dig around and find the key to open the room, where we’d found Matt in deep sleep on his bed.

Then your mother began to tell me the whole story. During the night Matt woke up twice, at 01:00 and at 03:00, and he was hot physically to touch, so Tylenol was given at 03:00 and at 05:00 Matt’s temp. was normal but he was physically tired from a very sleepless night. Do you know what my first thought was? I was afraid that Matt would not be allowed to enter SG, especially with all these different strain of flu flying around, from bird to pig flu (made up the last one), and of course it had to happen on the morning we were about to fly, haa haa haa. 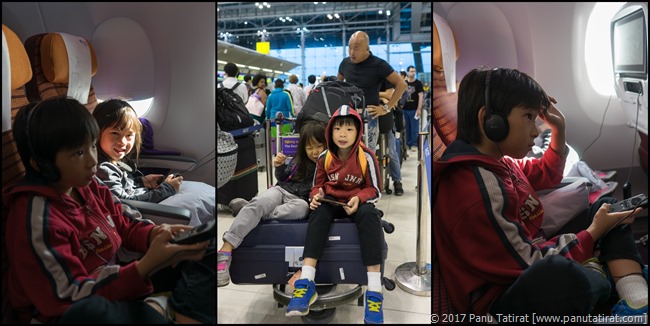 There was no turning back now, Matt’s temp. was stable, and eager to get to the airport, by now it was getting late, the plane was departing at 08:15, and at 06:00 we were still dancing in the apartment, haa haa haa. Decided to use Uber, no drama there, soon all of us were speeding towards the airport.

Suvarnabhumi airport isn’t the best managed airport in the world, haa haa haa, tremendous amount of complaint with check in time, immigration processing time, lack of lavatory and so on... the list is pretty endless, and us 3 were about to find all of the problems first hand, haa haa haa.

We were in the check in queue at 06:45, and I was staring at a very long queue of 5 folds, like a snake on the old 3310 Nokia phone, and I was sincerely in a panick... haa haa haa, we were cutting it rather fine. At 07:15 we were off to security check before the immigration.

By some miracle, the 7 folds queue was moving at speed, by 07:40 we were through and heading towards the immigration. For Thai adults, the immigration was quick and painless, through the use of one of those automated gates. Unfortunately you two were too young to use them. After letting one of the staff know that we were about to miss our flight, we were ushered through a small door, and found ourselves in the ‘VIP’ immigration area.

An hour before arriving at Changi Airport, although Matt’s temperature was normal, but I didn’t want to take the chance and had decided to give him another dose of the Tylenol on the plane, lol. Originally I was going to take you two to the hotel by train, but with all the luggage and you two being up since five, I thought that was going to be too much, so decided to take a taxi instead (oh what a right decision that was, lol). 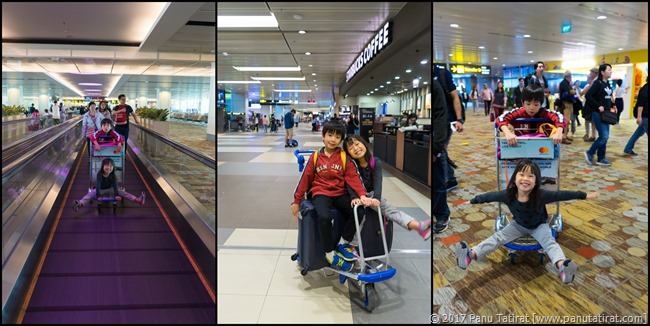 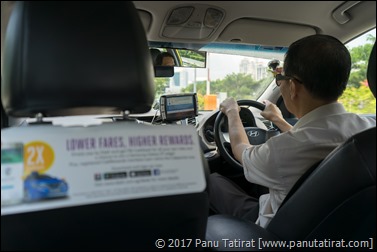 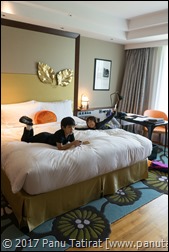 About thirty minutes later we arrived at the hotel, it was fantastic... and in no time we were checked in, you two were super excited in the room, but before any real fun to be had, it was time to eat... Vegetarian Pizza and Fish and Chips went down faster than rain falling during the monsoon season. 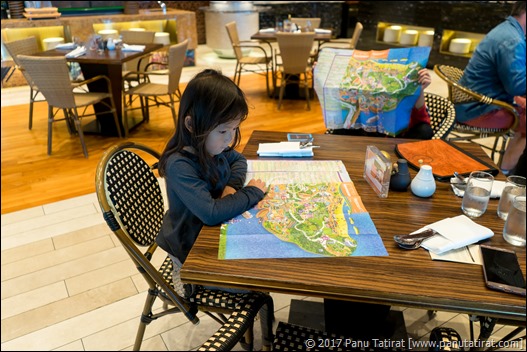 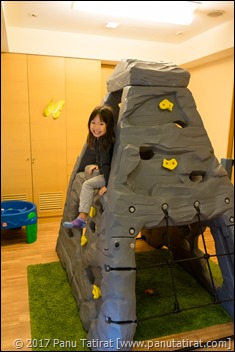 I really didn’t want to swim so soon after lunch, so it was great to have found that they have kids club, to add to the fun we had to travel by the golf cart... haa haa haa, Mar was over the moon. Kids club was a little small but entertaining enough, you two were lost among all the toys, I was also having too much fun with their PS4, haa haa haa. 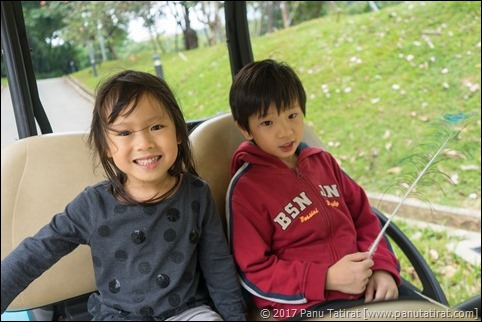 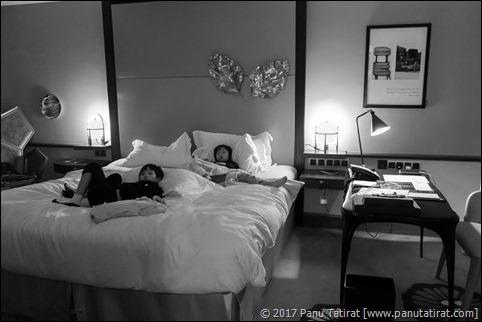 After about an hour or so, it was the perfect time for a swim... I love the pool, not the cleanest in the world, nor the best kept, but it was deep, at 2.5 metres for most of the pool it was fantastic! We could have stayed here forever... but then your mother turned up, haa haa haa haa haa, oh kidding, she did turn up though, and it was another perfect opportunity (or a perfect excuse) to leave the pool, as your mother and I didn’t want to have our first supper at the resort. The bus leaves every 30 minutes to the main island, which was super convenient. 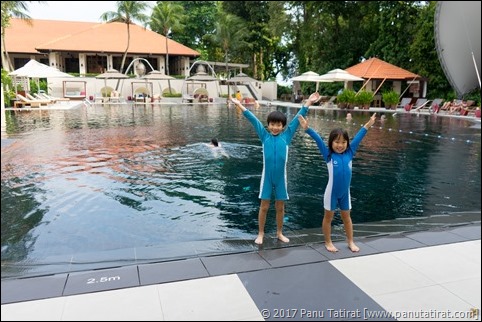 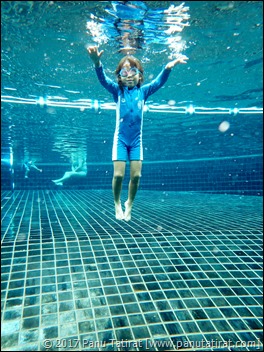 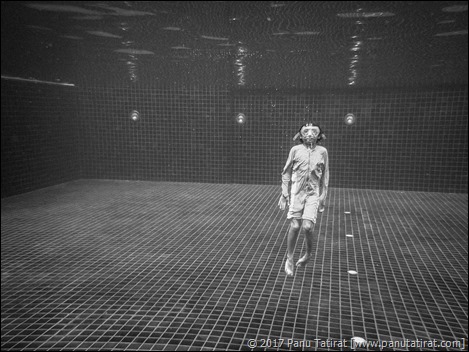 Closing out the day.

The bus does a loop, between the resort, (if there was a request) Resort World and across the bridge to Vivo City. Vivo City is one of those super shopping mall, huge and vibrant, and this is where we were having our supper tonight, the only thing I was afraid off is for you to to fall asleep, since you were up at five this morning. Luckily that never happened, and supper was super fun, well, super fun for your mother and I, lol. 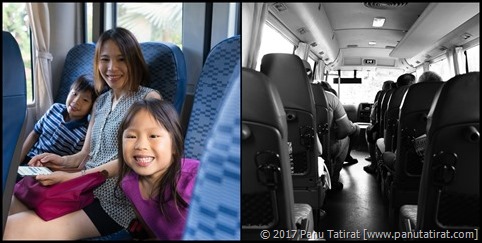 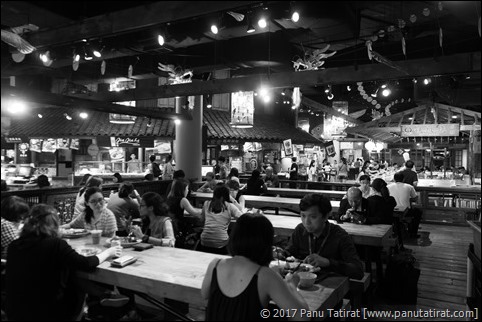 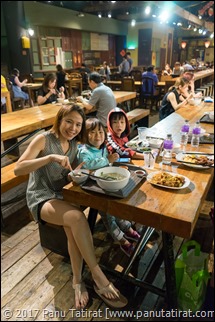 Can’t wait for tomorrow, the highlight... Universal Studio, here is a hint... we should have worn our swimming trunks, haa haa haa.