It seems like since January of this year, your mother and I have been doing a lot of travelling. At the end of December and beginning of January we were all away for a week to the East of Thailand, then at the end of January I was away for a couple of days in Khaoyai. That was just the beginning, February and March became a little crazy, lol. 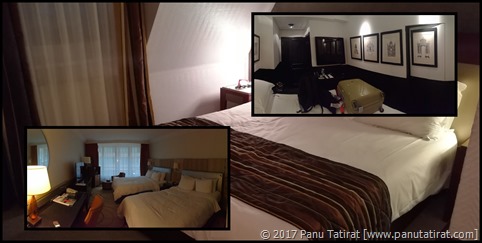 In early February your mother was away for about eight days in Atlanta, a week after that I was in China for a couple of days, then a day after my return, all of us were in Singapore for four days (fantastic time :-). Two weeks later, which was last week I was away to France and the UK (3 nights in 3 different hotels and 2 cities (not fun), and came back yesterday late afternoon 11.03.17) and now tomorrow your mother will be travelling to Abu Dhabi for about four days, haa haa haa, feels like one of those relay race, your mother and I are on the same team and now I am handing over the baton to your mother to travel to Abu Dhabi, lol.

The funny thing is, I was walking on the streets of Paris on my birthday, and now your mother will be spending her birthday somewhere in the desert of the Abu Dhabi, haa haa haa. Just realised I am way, way  behind on my posting to the blog, so many posts to be written, lol.