Definitely not the normal routine for a Sunday. It started normal enough though, your mother took you to class at church and mass, but there must have been something because even at noon you all were not to be seen. So after doing all the chores and even more waiting, I’d decided to go out and have my own adventure. 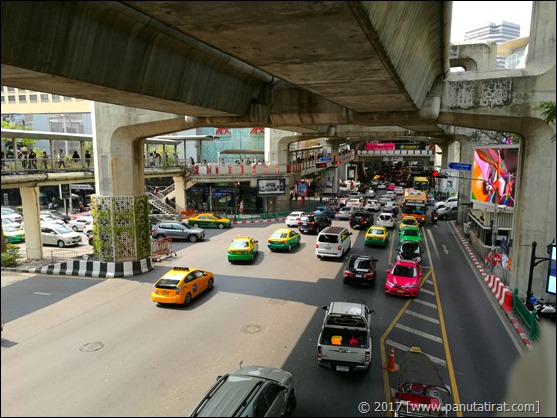 First stop was MBK, haven’t been here in yongs, the mission here was to buy contact lens for your mother, by far the cheapest in BKK :-) Then after a quick walk around, suddenly an idea popped up about visiting a temple that I had been wanting to visit for the longest time. Wat Pratum, uniquely sits between the top two shopping malls in BKK which is probably the last place to find such a beautiful temple. 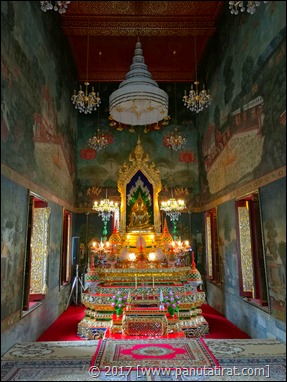 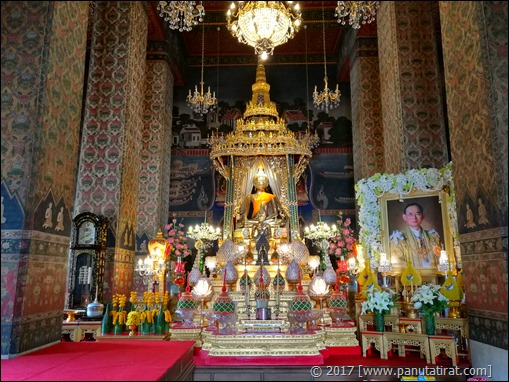 After visiting this wonderful temple, it just puzzled me why I haven’t paid homage at this temple ever, and the funny thing is I used to work just next door! It was beautiful and strangely serene, well, it must have been destiny, lol.

The time was close to 13:00, and your mother had yet to call, so it was the perfect time to visit ‘Pantip’. Pantip was the number 1 destination for all things IT, but recently it had gone through a major renovation physically and branding.

It was obvious from the very first step, the soul of Pantip had gone, just a run of the mill mall now, I don’t exactly know how the passions and the comradery can disappear from a location, but it was certainly not special. Oh sure, it was clean and in order, but the sense of fun had all disappeared. Not really the developer’s fault, in the past Pantip was one of a kind, but recently several clones had appeared, and they had to revamp to make the place more relevant… 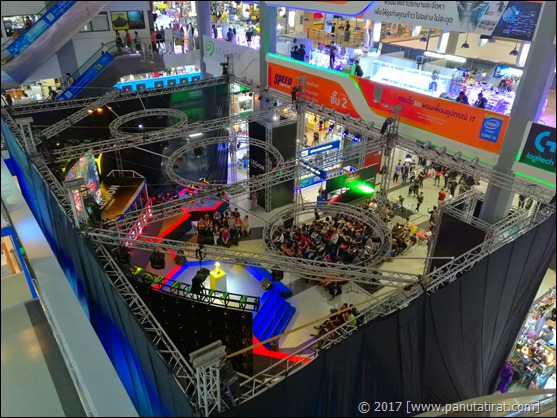 Whilst I was walking and feeling remorse about that place I was roaming, your mother called, but I was almost on the opposite side of town, so your mother took you to lunch where Mar had been moaning for yongs to visit (again), and for once I was glad I couldn’t join you,

It must have gone 15:00 when we all met up again at the apartment, then your mother had a facial appointment across town, so I took the opportunity to take you two to a place I have been wanting to visit, lol.

I love web games where with a mouse, one would click around to reveal clues and put all the stuff together to get a lock combination to open a door and escape, well some clever people had turn that type of games into an actual physical game, There are a couple (that I know of) of operator of this type of game in BKK, and the one I wanted to visit was actually less than 10 minutes away. 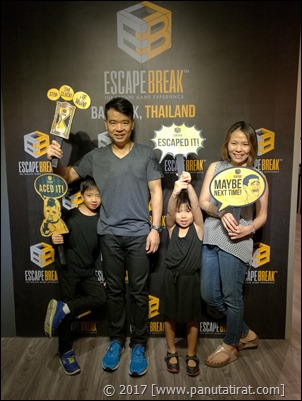 So your mother went off to become more beautiful than she already was (lol), whilst all of us piled into the van and drove to Silom. As it turned out the place was super easy to find, almost next to Silom Centre, and on top of everything, they were having the ‘children’s day’ campaign, making it even a bigger bargain. I was one billion trillion gazillion sure that we can escape from the room... errrm, lol.

Haa haa haa haa haa, best way to describe is ‘fun to the max’, haa haa haa, and ‘YES’ we did break out before the hour was up (dead line was 60 minutes), however there is a humongous ‘BUT’, haa haa haa, the game master had to help us quite a bit. Game master (a lovely lady) would be watching us from afar (through CCTV) and would come in like a beautiful angel whenever we got stuck, I think she gave us about 4 hints in all, in the end it took us around 58 minutes before Matt decipher the final puzzle and found the combination code to open the main door and set us free... lol.

Forgot to mention that about half way through, Mar decided that she had had enough and wanted to leave, luckily by then your mother had caught up with us and had been watching us outside with the Game Master, haa haa haa.

We are definitely coming here again, and with the four of us together, I am one gajubillion percent sure that we could break out in less than the time allowed, easy peasy, lol.