Shall we just jump in... lol, after breakfast you two were absolutely focused on visiting the Teddy Bear Museum (still don’t know why :-), lol), and I was hoping you two would have forgotten about the museum, even though I was struggling to come up with something fun to do, surely anything was better than a Teddy Bear Museum… and I was wrong once again, haa haa haa haa. 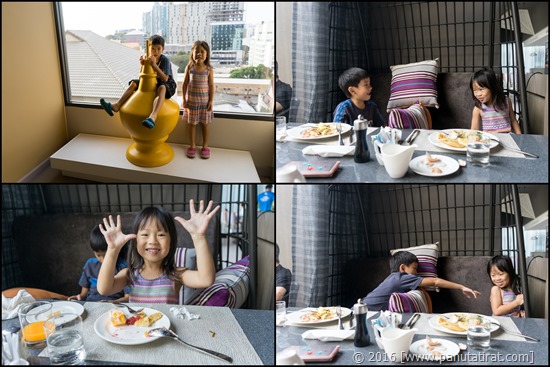 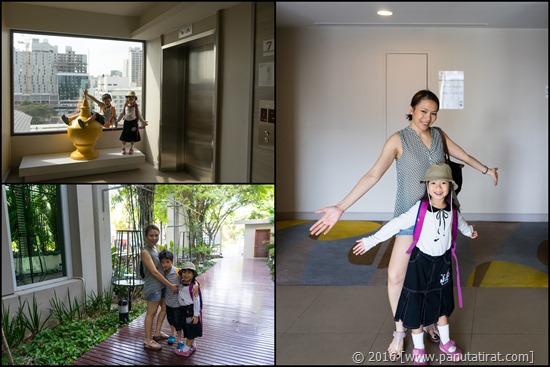 As it turned out, it was well executed, the exhibits were well constructed, super colourful, fun, entertaining (for kids), and for parents endless opportunities for photos. The whole place was super clean, it was super cool (I mean aircon cool, lol), apart from at the very beginning where they were explaining the origin of the term ‘Teddy Bear’, the rest was a bit lacking in knowledge, haa haa haa, but who wants that in 2016 anyway (Trump will be the President of the most powerful country in the world soon). 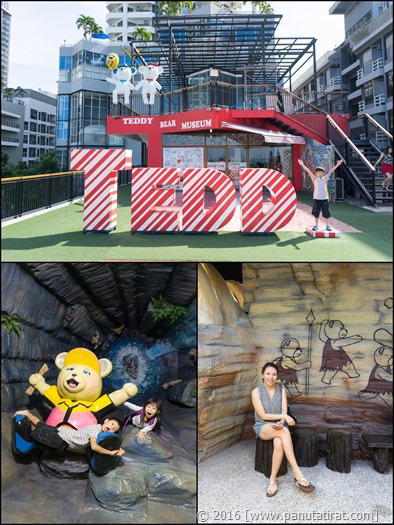 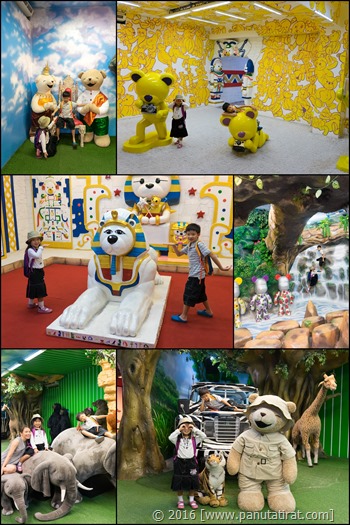 After being surprised once, I was not expecting to be surprise again, but I was. On the way back from the museum to the hotel, your mother picked up a leaflet advertising ‘Harbor’ (yes they had spelt it wrong... haa haa haa). Habor was another shopping mall, at first I wasn’t too keen, but from what we’ve read, several ‘anchor’ tenants were geared towards children and family entertainment, such as trampoline park, games arcade, play park and so on. 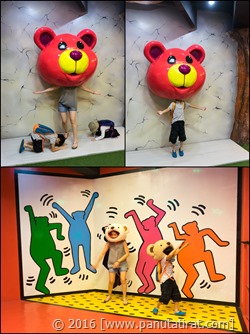 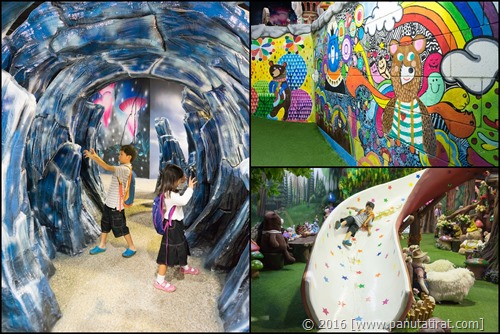 There was no harm in trying out this new place, as it turned out the play park at the very top of the mall, ‘Harborland’ was simply ‘Funarium’ but much better. The tickets allowed us to be there for 3 hours, the plan was only to spend an hour here then leave for a very late lunch (it had already gone past noon when we walked to Harborland).

Of course that never happened, we simply never left, it was like the place was run by Sirens (if you two wondering what Sirens are, please go and read Odyssey, you’ll love it), haa haa haa. 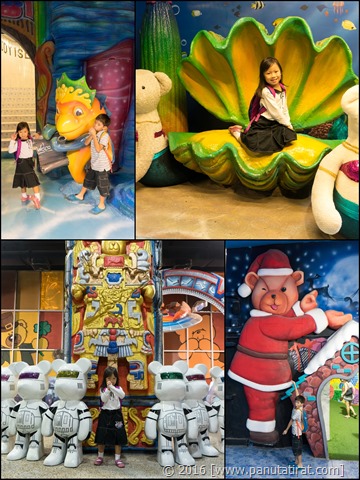 Thirteen hundred hours came and gone but you two were having so much fun, so we gave it another hour, by the time fourteen hundred hours came by, both of your were rounded up and was told to get ready to leave for lunch... Matt looked at us and his eyes began to welled up... and without you two uttering a single word, your mother and I decided in unison to take lunch in Harborland, which in a way was great for me as they didn’t have any salads so I had to eat real food for once, haa haa haa.

So we stayed there for the entire of our time allotment, after which we walked around the rest of the Harbor grabbing the much needed coffee for your mother and I before heading back to the hotel. You two love to swim at the hotel, but for me it would have been more fun to walk barefeet over superheated metal Legos than to jump into the pool you so much loved, because that pool is always cold to the point of cruelty, lol.

Matt’s favourite was the cliff jump (probably around 5 metres) into the super deep part of the pool, from one of his many, many jumps he’d noticed someone’s room key card was at the bottom of the deep pool. I was going to sneakily dive down but the lifeguard caught me, lol. So I’d climbed up, did the jump, but instead of coming up, I’d went down to pick up the card and gained about a billion daddy points in Matt’s eyes, haa haa haa.

Another thing about this pool, is the water slide, and I am not kidding here, if you go down this slide and somehow managed to come out alive at the other end, you ended up a slightly younger than when you sat down at the top of this water slide. This is just simple physics, because when your toosh travels faster than the speed of light, which you are when coming down this slide, time stops and goes backwards. Come to think of it, may be I should get your mother to spend more time on the slide, lol. This time to my amazement, Mar was not afraid to go down this death slide! 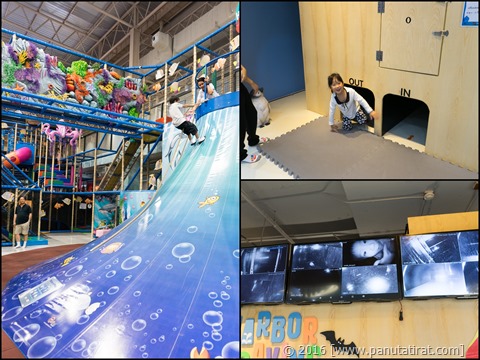 Supper was a bit of an affair, decided to visit one of uncle Chat’s fav but only to find a very darkened, empty place, and instead of running around Pattaya we’d decided to eat next door, well, the place has a very big neon sign and this is their 3rd branch, so it can’t be that bad then right? Haa haa haa, and we were absolutely wrong, a nice enough restaurant, great view, great staff, it was a shame that the food was below par, way below.

Before calling it a night, we had just one more stop, the one we can never miss, of course a visit to our best friend, yours one and only uncle Chat. You two love to play with his kids and vice versa, and it gives us a great chance to catch up with him and his wife too.

At the beginning of the day, I wasn’t expecting much, just a gap day before we move out to Rayong… but by far this has been the best day so far :-) The next morning everything ran like clockwork, all packed and loaded, and all wheels were turning around noon... Rayong here we come :-)