The drive took us further east, Rayong is the neighbouring province to Cholburi (Pattaya is a city within Cholburi province), from one hotel to another, the drive took around an hour and a half of blissful drive, the sun was shining, the birds were singing, and our stomachs were full to the brim, the drive could have taken five hours and there would be no complaint, lol.

Going from Pattaya to Rayong is like transitioning from a crowded bus to a tranquil cruise ship, haa haa haa haa haa, suddenly the air one breaths hadn't just come out from someone else's lungs, lol. The scenery became spans of tall trees, green and healing, leaving behind the excitement of playgrounds, bright artificial colours and dare I say, 'fun'? Haa haa haa haa haa. Slowly your mother’s and my nerve began to ease, as this was our preferred elements.

The hotel was also several steps up from the previous couple of nights stay in Pattaya, kind of understandable really, totally different base of investment (land cost alone in Pattya must be several times more expensive than in Rayong). So the second phase of our holiday had truly begun. 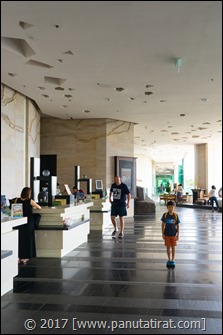 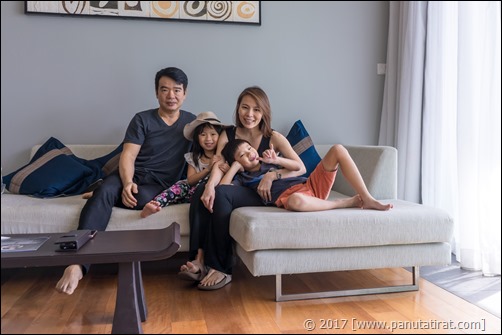 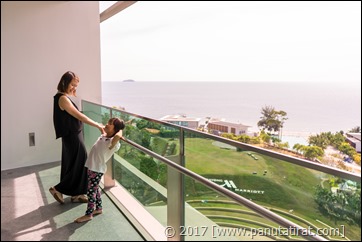 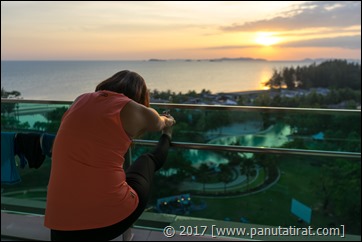 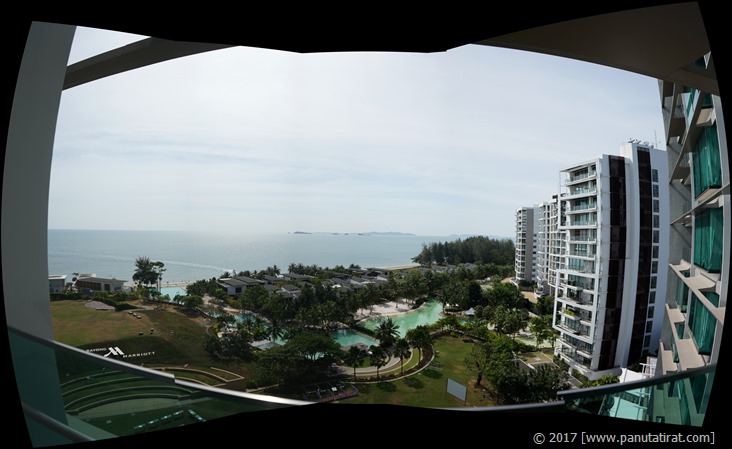 It was around 14:00 when we had finished unpacking, first thing was to fill your stomachs, instead of driving off, the decision was made to take our late lunch at the resort, much to Mar's approval, haa haa haa, in a huge (high ceiling) dining hall we were only the second table there, the silence, the space, the serenity of it all was fantastic.

Lunch was scoffed down in record time, then it was a fairly long walk to the long awaited Kids Club, and it was amazing. Usually at the other hotels, Kids Club is nothing more than a good size room with a couple of PCs and a few toys, but here and in particular for this hotel chain, their Kids Club had been beyond our expectations, and it isn't just the facility, the amount of staff dedicated to this, shows that they care (haa haa haa haa haa, actually it just shows that they are making money from this, at the end of the day it is business, as not all activities were free). 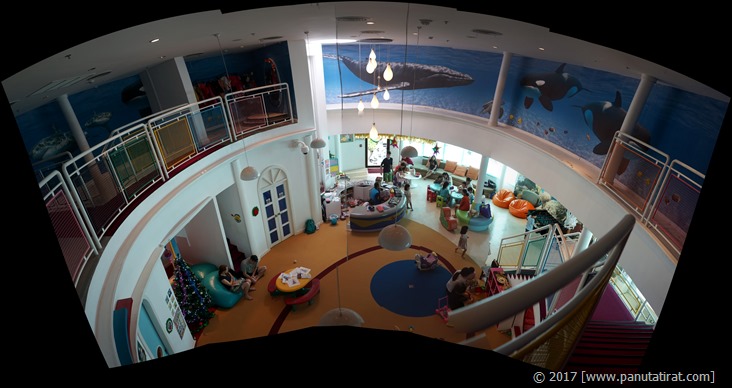 After an hour or so, it was time for a swim, here there were 2 fantastic pools, the only complaint we had was the lacking deck chairs, in my opinion they were several hundreds short, haa haa haa, well not quite. The sea and the beach weren’t half bad either, lol. 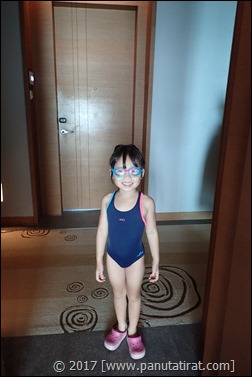 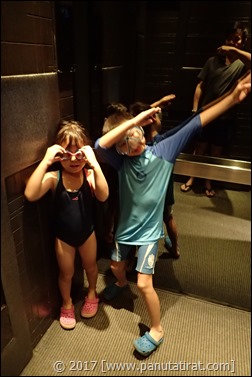 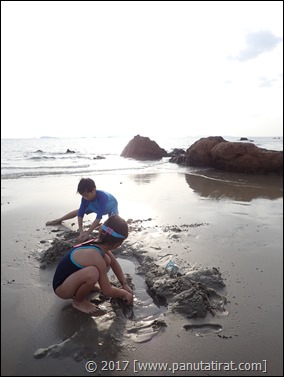 I've been trying ever so hard to keep the diet on course even throughout the holiday, and due to the rather large brekkie, I had decided to really be strict during lunch, meaning by late afternoon I was famish, but everything was under control, as soon it would be supper. 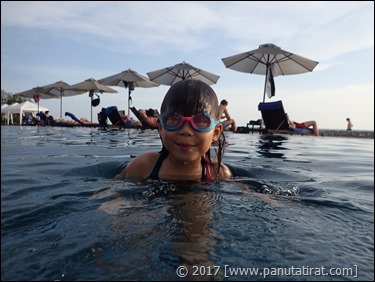 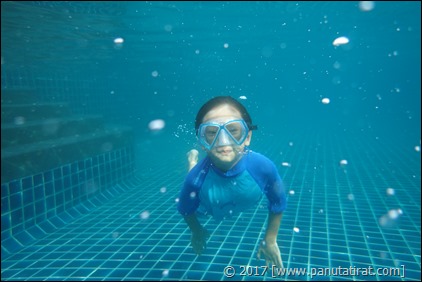 Unfortunately, things didn't go as plan, by the time you two had left the pool and dressed, it must have gone past 18:00 before all of us were in the car heading and toward the restaurant, and this is where my temper got the better of me (for about 5 mins). 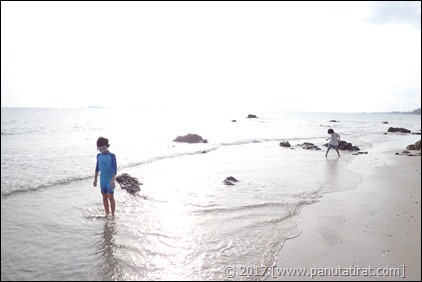 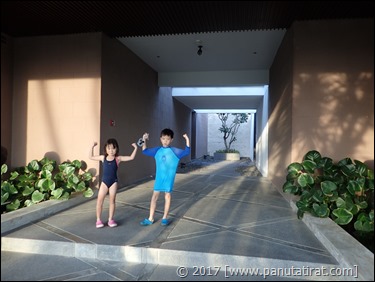 As we drove, it became apparent that all of the beach side eateries were eerily empty, although the lights were on but there was no one, we couldn't even see the staff. Your mother decided not to try any of the restaurants, by that point I was ravenous, and finally the hunger got the better of me, I went into silent mode but you can call it a-hole mode, lol. 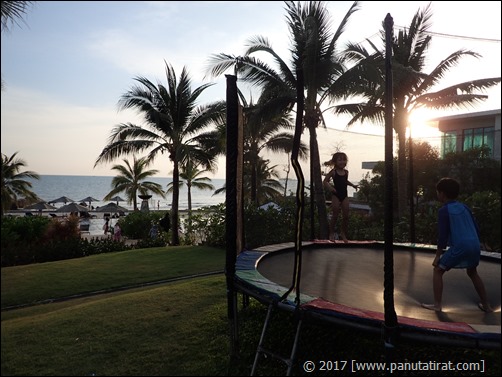 Finally we made it back to the resort, my mind was in the midst of animosity, I was being short and snappy. But just by luck the resort had arranged an outdoor event where they were serving street foods, simple, fast and Thai (and a giant screen of the latest film), so your mother took charge and organised everything. I knew I was being an arse, so I'd excused myself and took a long walk back to the van to tidy up, coming across my bag of nuts (emergency stock), after a handful with a large gulp of water, it literally took one minute to change me back to Dr. Henry Jekyll. 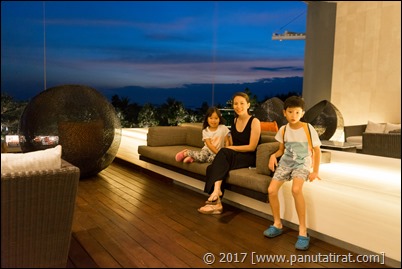 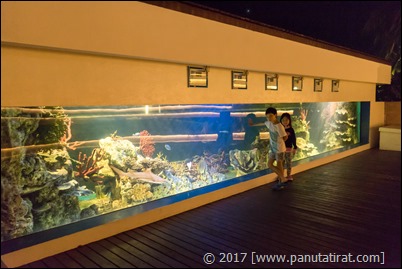 Now walking with tail between my legs I went back to your mother, kind of said sorry, and got her a glass of wine.... haa haa haa haa haa, finally the food started arriving and so the rest of the night went swimmingly

Apart from the outdoor film screening, there were several stalls of traditional Thai fairground games, after paying a bunch of money to play, I'd walked away empty handed, whilst your mother came away with 2 cuddly sharks! Haa haa haa haa haa, and of course I was never going to hear the end of this.

It had gone way past your usual bedtime by the time we'd decided it was time for bed. The rest of the evening I had decided to spend time researching for good restaurants in the area so not to waste time endlessly driving around in circles. It had been a wonderful day, and spoiler alert, tomorrow will be even better and a chance to test your new toy :-) 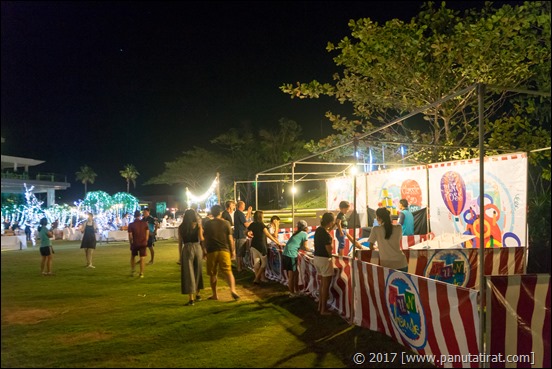 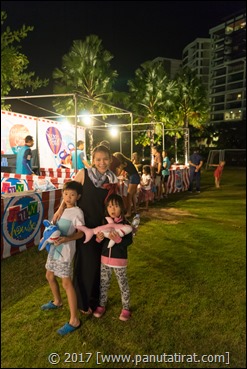 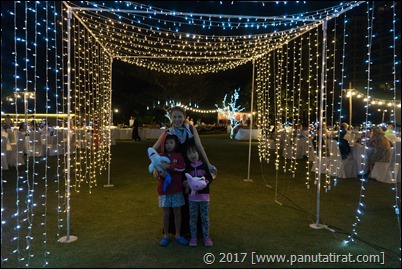 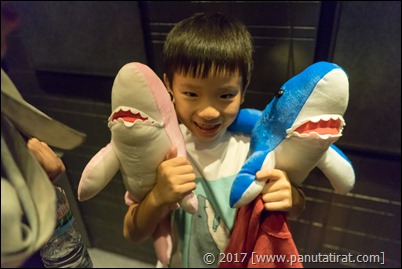