For the past couple of years (at least) when we go away for holidays, your mother had always taken her glorious exercise clothes and trainers with her (no doubt influenced gained whilst working at Virgin Active), and in all those time I think she had used it once! Haa haa haa haa haa. 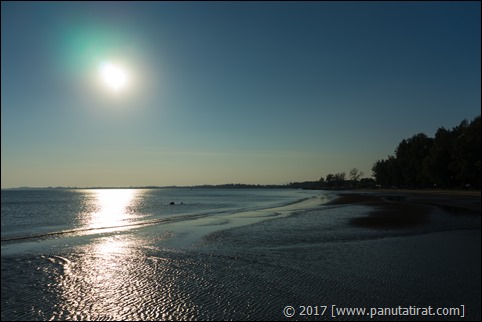 Certainly during these past few months (since around Sept. 16) the role had reversed, it had been me who had stepped up in the exercise department, and your mother had moved on to Baking, lol. So for this trip I had also brought my exercise clothes, which really consists of a pair of lifting gloves, instead of the whole wardrobe, lol.

On this first full day at the resort, I was up before all of you and instead of (in the past) watching TV and zonking out, I’d picked up the gloves, put on a t-shirt and shorts and left the room for the gym, and it was glorious! Did the full push and legs routine, haven’t felt that good in years, this was also the first time visiting a gym as for the past several months I was just using dumbbells in our apartment. The heavier weights and equipment was fantastic, and very much needed, this would also lead to some drastic routine changes at home (perhaps in another post, lol). 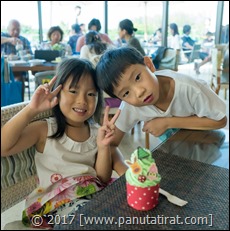 Arriving back at the room around seven, all but Mar was up and about, it was time for brekkie. I must say waking up Mar was a real pain but totally adorable! Now for breakfast, your mother and I have travelled extensively both for our profession and personal, and we know a great breakfast when we see one, haa haa haa haa, and this one was fantastic, as it ought to be considering the cost per night, lol. I had a whale of a time, literally I ate as much as a whale, haa haa haa.

You see that cupcake in the photo? Well there is a story behind that. As part of the sweets section of breakfast, the chefs had made cupcakes (small ones) and of course Mar wanted one immediately, however as we were part of the first group to arrive for breakfast, there were plenty of cupcakes on display, but I didn’t want to pick it up, instead decided to wait until Mar had finished her breakfast before picking one up. Haa haa haa haa, by the time I went back all cupcakes were gone, and the chefs were not going to make anymore… can you imagine the look on Mar’s face! It was like I had killed her favourite puppy with my bare hands, lol, to stop the tears situation, my brain was working overtime… Luckily the only coffee shop did sell cupcakes, huge ones… She was more than happy… haa haa haa.

Instead of scratching our heads to try to find things for you to do or see, the facilities at the resort provided more than enough 'fun' for the both of you to enjoy. As the breakfast was winding down, it was time to bring out Santa’s present, for some strange reason (nudge nudge, wink wink) Santa gave you a pair of professional walkie talkie, which fit into my plan perfectly (how on earth did he know). 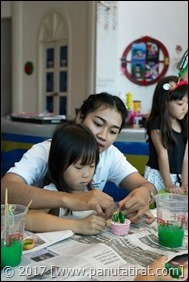 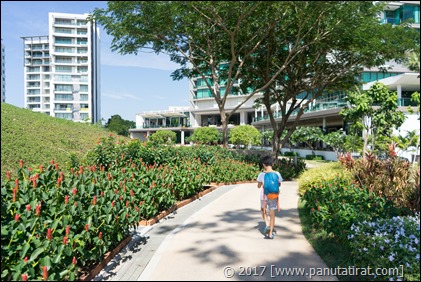 The days leading up to this Rayong Trip, we have had several practices as well as lessons on etiquette on how to use the radios. Of course we had to choose one's handle, Matt had decided on 'Sponge Bob’' to which I had shortened to just Sponge, Mar started off as 'Pony' but later changed to 'Elsa', your mother's handle was 'Pretty', and mine was 'Handsome' but that was an obvious lie, lol, so it is now just 'Fat Papa' (thanks to you two).

After breakfast we switched on the walkie talkie, checked everything was in working order, and you two were told to go to Kids Club on your lonesome, lol, best present ever! Matt was very diligent, and reported in every time he was at a landmark, lol. Finally it was ‘over and out’ when you two had reached Kids Club. Eventually your mother and I would have enough energy to pick ourselves up and trotted over to KC to find you two having a great time. 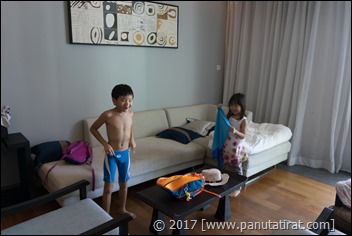 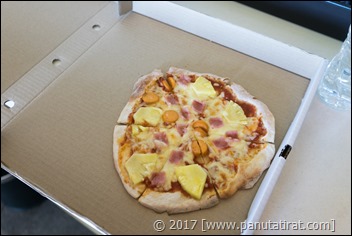 Of course after a couple of hours it was time for the pool, this time we’d decided to try to bigger pool, and it was glorious. The sea was just as good, but only Matt was interested in swimming in the sea. While at the Kids Club, Mar had enrolled on a pizza class (oh, these hotelier people are clever, offering pizza class to young children... who could refuse?), the class starts at around 13:00, so a quick lunch was had by the pool.

While Mar was having a fantastic time cooking pizza (with your mother), Matt and I stayed by the pool, Matt (as always) managed to have found a new friend and was also having a whale of a time, lol. 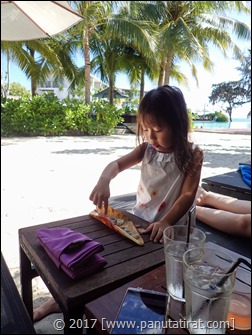 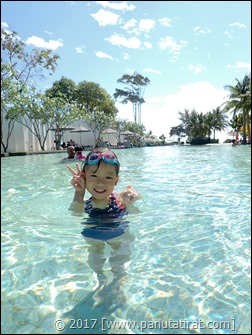 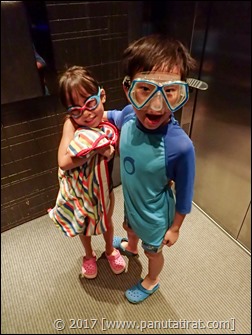 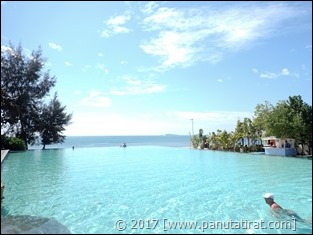 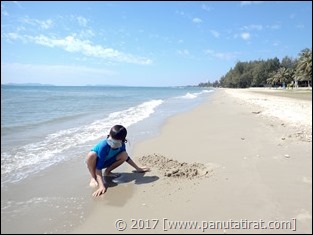 When Mar delivered her pizza to me, I’d immediately broke my diet by having a couple of pieces... and it was sublime! There was no way we were going to spend the remaining of the day in the resort, much to Matt’s sulking we quickly washed and left the resort without any destination in mind... Then your uncle Chat came to the rescue, he had mentioned a couple of restaurants and something about the long bridge (Prasae-Sin Bridge) haa haa haa, that suggestion turned out to be one of the highlight of the holiday, thanks Chat! 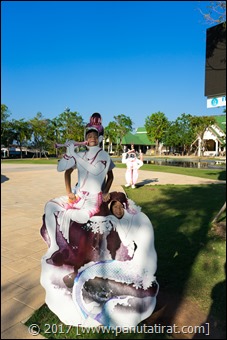 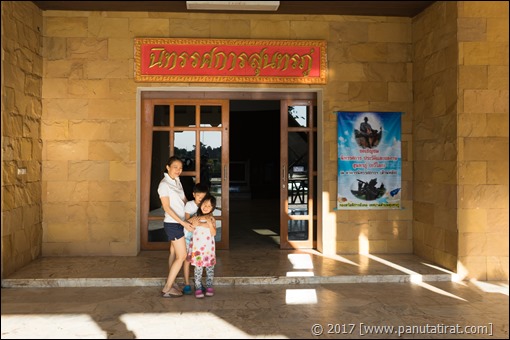 Finally it was decided to head to the Prasae-Sin bridge (along the way stopping at the most famous Thai writer museum, Sunthorn Phu (1786 – 1855)) which was even further east, luckily the restaurant that Uncle Chat had recommended was also in the same area. As it turned out the bridge was not much of an attraction, I mean it was pretty impressive but it wasn’t like we could get out and walk around it, but the stone pier close by was something else, lol. 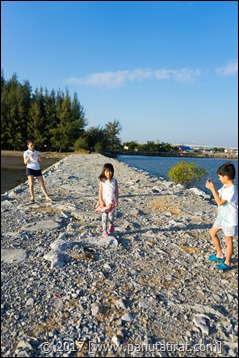 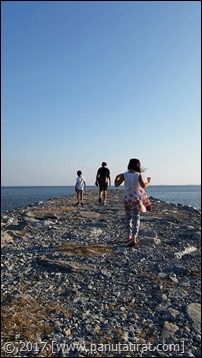 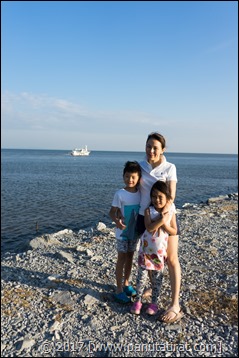 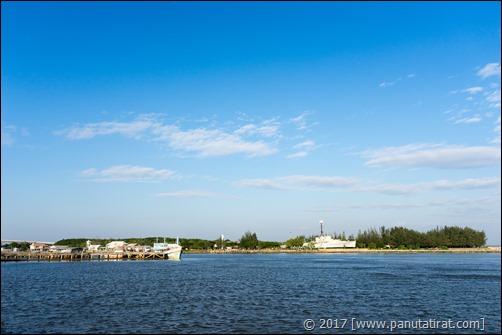 By passing the bridge, we drove on to the beach, and from going by sight we headed towards one of the pier, it was a pretty good walk, the scenery was pretty good, then to the left we saw a huge retire warship! It turned out to be the HTMS Prasae (PF2) Memorial. 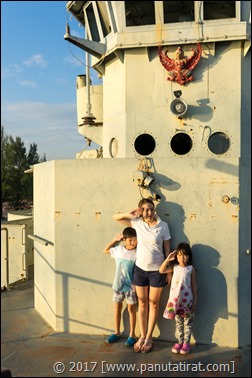 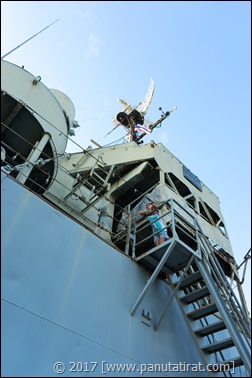 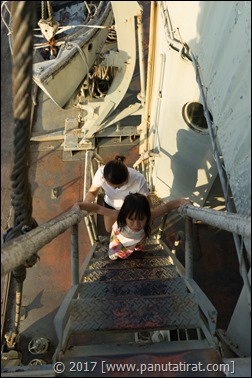 After a few wonderful snaps on the stoney pier, we drove towards the HTMS Prasae Memorial, along the way checking its closing time... luckily we had well over an hour to enjoy the exhibition and it was fantastic (the weather was glorious and the crowd was light), what a great way to end the day. Finally Matt was glad he had not stayed in the resort after all :-) 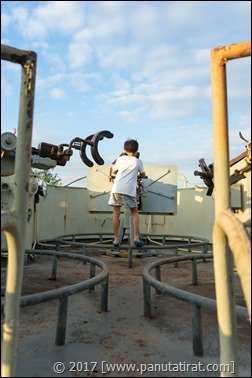 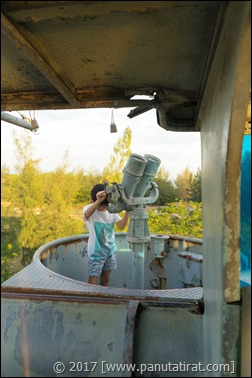 Supper was taken at ‘Krouw Mar Roui’ (a direct translation being ‘kitchen come rich’), overall it was quite alright and an excellent way to end a very busy day :-) 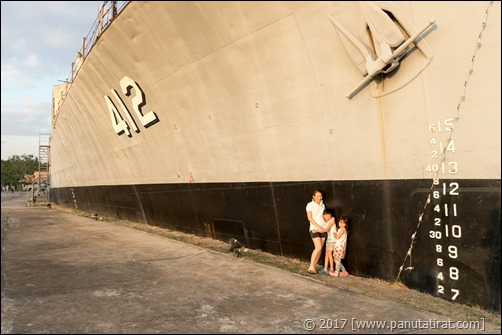