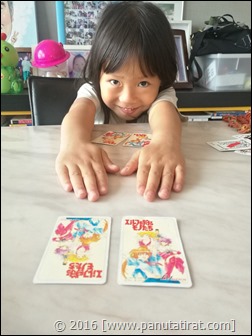 On a lazy Monday afternoon (public holiday, late King’s BD), Matt was putting final touches on his Amazing India group project, so Mar and I was left to our own devices, and she had been itching to play cards with me all morning, however the problem was, apart from ‘snap’ she doesn’t know anything else... and so it began, let's make it up as we go along kind of a game.

At its core, the game was super simple, split the cards into two piles (obviously one for her and one for me), at the same time we would draw one card each from our respected pile and whoever had the higher card, wins.

Of course, like playing anything against the most cunning five year old, there was no hope in h… I was ever going to win. 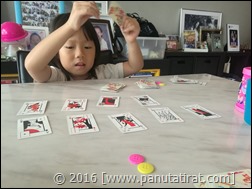 It all began with, how the cards were divided into mine and her pile, one by one, Mar would be looking at each card, if it was below six that card was neatly put onto my pile and if it was six or higher it went into Mar’s pile.