On the Verge of Obsession

It was probably about a couple of weeks later after the chimney had stopped that I began to start lifting weights, started really slow though, slower than a snail with a limp. It all began with your mother's dumbbells (2Kg each), shortly followed by 8Kg each, then went online and bought 10Kg, combined with the 8Kg set, creating a Frankenstein 12Kg. 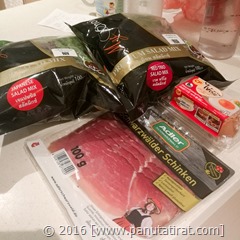 It was unavoidable that I'd begun to read and watch various articles about health, the biggest bombshell was exercise has little effect on weight (although excellent for health) but what one eats play a huge role, so by osmosis I'd found myself going on a diet without having any intention in the first place.

I am writing this about a month and a half in on the diet, last night I'd watch a documentary on extreme dieting, and both subjects found themselves being absolutely fixated by food and hunger, and funny enough that hit a huge chord with me, lol.


Twelve years ago I had tried Atkins, and it was great. So that was my starting point, restricting carb. 12 years ago it was simple with a single focus, no carb, no sugar, little fruits and no exercise whatsoever. But now being a little wiser, decided to be a little extreme too, haa haa haa haa haa haa haa.

Breakfast remains the same but with less (virtually no, lol) rice, lunch and supper now consists of 97% salads or vegetables with a dash of meat (usually cold cuts or tuna) and a couple of eggs to my my sanity in tact, lol.

So food is now my current obsession, not to seek out the best nor the most delicious dish, but quite the opposite, haa haa haa, trying to find the combination of food where I can eat as little as possible while feeling full for 6 hours, haa haa haa.

Instead of just putting anything one fancies into the shopping basket, now having to read each label totally slows down my shopping lap time, haa haa haa, and with the amount of salad I am eating you might as well call me fluffy from now on. My lowest point was googling the nutritious value of cherry tomatoes, just in fear it might have too much carb, lol.

Being hungry seems to be a normal part of living now, at the beginning being hungry between meal was difficult, then one discovered almonds, remarkably only a few nuts and a couple of glasses of water suppresses the hunger really well. Another big change is the amount of water I have been drinking, before it would have been amazing if I had drunk 700 ml of water in a day, oh I know that is terrible. But now I am hitting 3 litres per day, hoo raaayyy.

So, why I am writing on this very cliché topic, well today I found myself feeling terribly guilty and quite unfulfilled for not feeling hungry. I wanted to feel hungry, I needed to feel hungry. This is not a good place to be, lol, well, the plan was to keep this up until the end of this year anyway, not long now, lol.

Sticking to the diet seems easier than 12 years ago, to be honest once I had befriended hunger, saying no to some food group was simple, if there were no other options I’d just cuddled up to my friend and felt even more wonderful (haa haa haa haa haa, that can not be healthy).

Must be my age or something, because killing the chimney was also unintentional and relatively simple, and now this. Of course the next question would be how to keep it off once the New Year arrives and the diet ends. To be very honest now, I don't think it will end, I'll keep on this tight path for as long as I can.