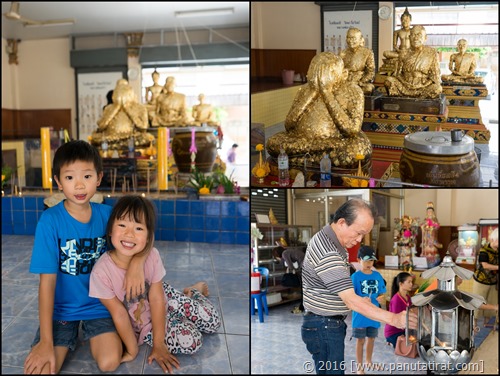 A bit of a funny Sunday, lol, last weekend my father mentioned he wanted to visit one of the temple in Cholburi, this one is famous for the amulet 'Phra Pid Ta', Wat Khruawan, so of course at around 09:00 we all set off to Cholburi. I was quite surprise that the temple was actually only an hour drive away, on a bad day in the middle of BKK, an hour on the road could literally mean 17 metres.

For once in a blue moon I'd managed to follow Google map without getting lost, that in itself was weird, lol, the temple sits pretty much in the middle of the town of Cholburi so it wasn’t difficult to find. I am glad we had come here, purely for my parents, I think it meant a lot to your grandfather, and a chance to learn more from him was fantastic. 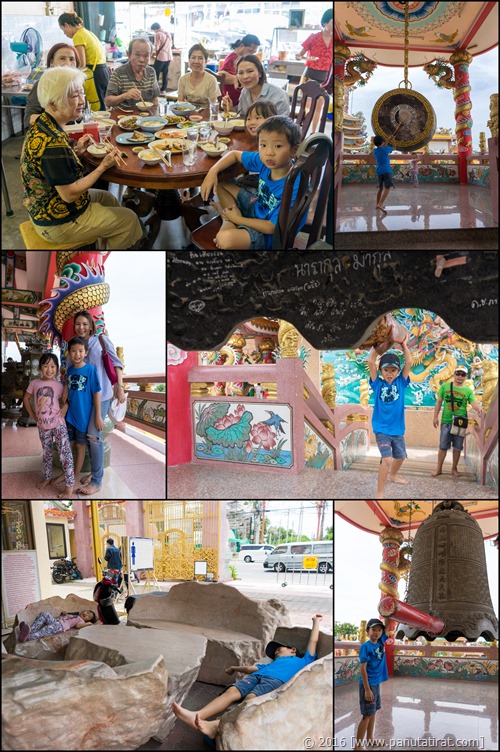 After lunch, looking for things to do we headed towards another landmark, a Chinese Shrine (Thepsathit Phra Kiti Chalerm Chinese Shrine), I am not claiming to be an expert, but it does look like a totally different branch of Buddhism. Totally enjoyed all of the statues, art, and colours, totally brilliant.

The sun was alarming angry in the afternoon, making everything just that little more difficult for everyone, so after a quick rest it was time to go home. Matt has been a little poorly and had slept all the way during the drive up as well as on the drive back to BKK, so it was a good choice to keep the trip short, but a grand day out nonetheless :-)