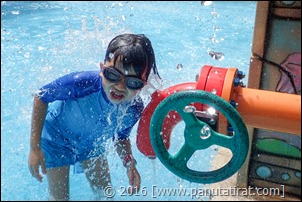 I had made the conscious decision to visit Sunway Lagoon on the Monday, hoping to avoid the weekend rush, but as this was already the school holiday, we were faced with a huge waiting crowd at the entrance, lol.

Actually it was not that bad, took less than five minutes to get the tickets, and another ten minutes to hire a pram (a fantastic idea from your mother). I did make the wrong decision though, decided to hire a locker from the very first set of lockers we’d come across, definitely the wrong decision, there were several set of lockers dotted around the waterpark, which were less crowded and more importantly, closer to the main attractions.

Matt was a bit miffed at first, as he wanted to jump into the first pool he saw, but I wanted to walk all the way to the back and start the day at the destination he had always wanted to visit, Nickelodeon Lost Lagoon park (part of the attraction is Spongebob).

Matt was sulking all the way, lol, I must admit, it was a rather long walk (it would have been shorter if I had taken another route, sorry). So after pushing and pulling (verbally, lol) we all arrived at the place where Matt and Mar had been pining for the past few months! And it was glorious, much better than on the television. 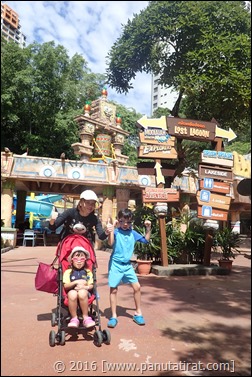 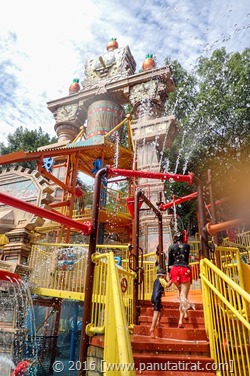 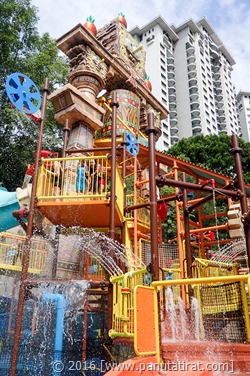 After a few splashes in the Spongebob pool, Matt was back to himself, lol. Mar was having a great time as well, to tell you the truth I think I and the most fun of all. After Spongebob, we went to the other attractions in the Nickelodeon Lost Lagoon zone, and it was brilliant, unfortunately Mar was to small to go on these slides, and your mother was too chicken to try them, haa haa haa. 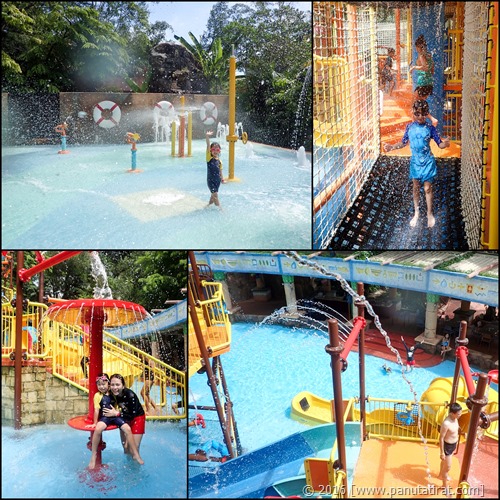 So it was just Matt and I who went on all the slides, the various slides (with different snake’s names) was superb, but the walk up was a little trying, especially when I had to carry a huge (double-seater) inflatable thingy, but it was all worthwhile, seeing Matt’s smiling face. Mar on the other hand was having a great time eating ice-cream and listening to Matt and I scream down the slides, haa haa haa.

After a long while (well, after Mar had finished her ice-cream), we all set off to the main huge pool, don’t know if we can call it a pool, more like an artificial sea, haa haa haa. You two had a great time, even more than the slides. 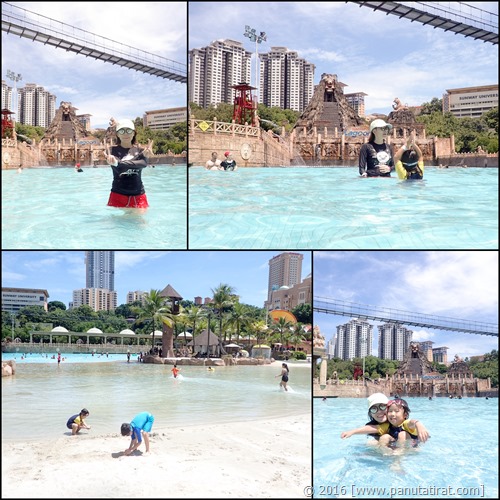 In a blink of an eye it was lunch time, so off to Burger King I went, much to your cheers and screams, haa haa haa. After lunch, Matt wanted to got back to the Nickelodeon Lost Lagoon’s slides. However on the way there, we came across this mega water slide where all of us could go down together!

After a while Mar was a little bored and wanted to get back to the ‘sea’, so we made a split, Mar and Mama went back to the sea, whilst Matt and I went back to Spongebob, and this is where I was kicking myself. At 16:00 there was a show at the Spongebob pool, and they had to choose one participant from a bunch of screaming kids, and guess what... Matt was picked, and I had left the camera with your mother!

Matt was superb, after a short dance, hitting the gong to release a huge, huge, huge bucket of slime from about 8 metres up, on absolutely everyone on the ground! 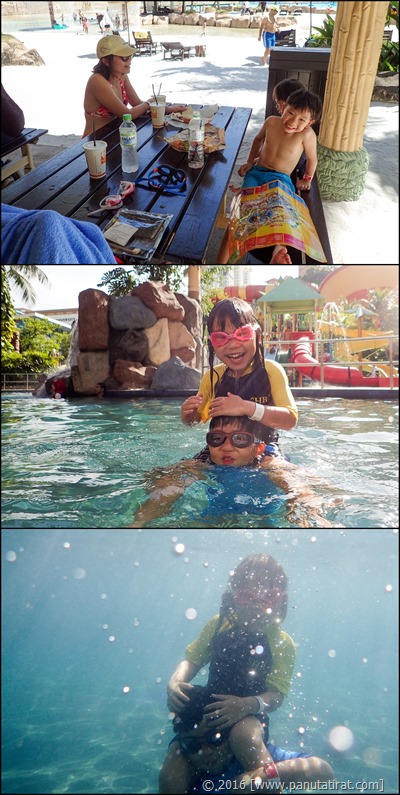 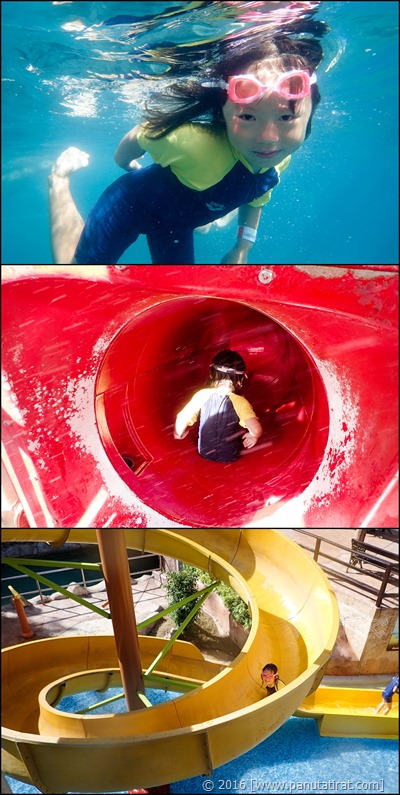 Then it was time to go back to Mar and Mama, and after a time it was time to go home, not before we walked past another set of pool (with super loud music), of course we had to stop and take another dip, haa haa haa. Logistically organising the shower was a bit of a nightmare, haa haa haa haa, but we did manage it without much stress :-) 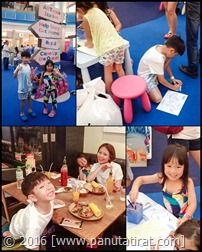 In the end we left Sunway at closing time, haa haa haa, but instead of going home, we’d decided to take supper in the huge shopping mall next door, Sunway Pyramid. After you two took part in the ‘Finding Dory’ activities, your mother set out to find ‘Nandos’, we’ve always wanted to try it... as it turned out it was only a short walk away :-) and it was superb, I wonder why no one had bring it into Thailand yet, perfectly cooked chicken with an endless mix of hot sauces would be perfect for Thailand :-)

Instead of calling for Uber, I’d decided to jump into the the first taxi I saw, and it was yet another very old and manky white and red taxi (which is actually more expensive the Uber). You won’t be surprise to hear to that you two were in dreamland when we’d reached the hotel... what a perfect end to a perfect day. By the way I didn’t take too many photos because I’d decided only to take the TG3 with me :-)