Hong Kong Day Five, should have worn our trunks. 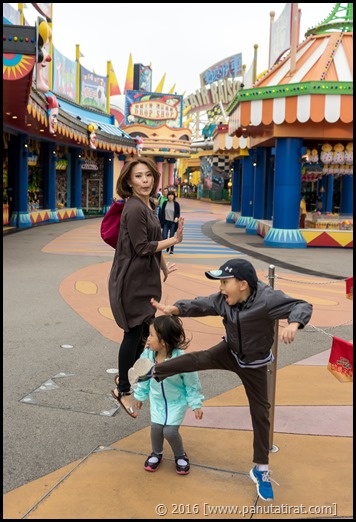 After such a long day yesterday, this morning your mother and I had less spring in our steps, of course you two were as bright eye as usual, lol. Today was the day for Ocean Park, perhaps we should have wore our swimming trunks, for the heaven made up for yesterday with the rain.

Ocean Park has been opened since the ice age (actually 1977), it sits at the bottom of Hong Kong Island which isn’t connected by the MTR, at first I thought it was going to be difficult to get to, as it turned out it was a simple matter of catching the bus (No. 629) from Admiralty MTR Station. MTR that takes you straight to Ocean Park had actually been constructed, but it wasn’t due to open until the end of 2016.

Before I begin, I am totally against holding animals in captivity for entertainment, so I was a bit apprehensive bringing you two here in the first place, my main focus were for the rides and not the animals. I’ve also read that they somewhat focus on scientific research and have helped to breed rare shark species, bottlenose dolphins, sea lions, penguins even jellyfish and other birds and animals.

This place was huge... simply divided into 2 zones, ‘Summit’ and ‘Waterfront’ to get from one zone to the other one had to catch a cable car to a top of a huge mountain. Each zone sits several attractions such as Marine World, Thrill Mountain and etc.

As usual, we were a little lost once through the main gates, first thing first, photo with the mascot, haa haa haa, that gave me time to find a map... The boss decided to take the cable car straight away to the Summit, the cable car ride was entertaining enough, especially when it starts to drizzle. 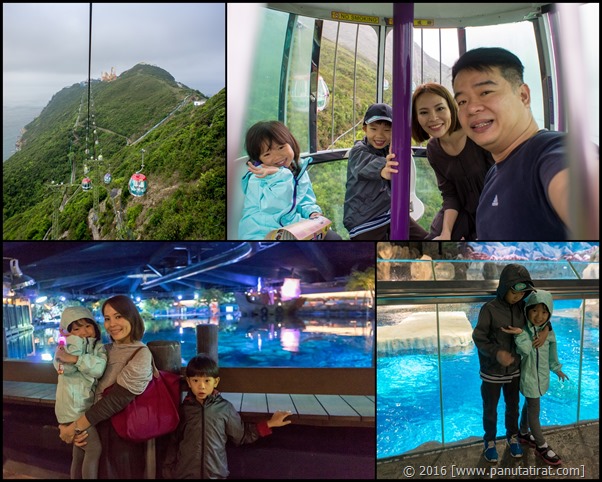 The day started off great, Matt had his heart on the bumper car (done, lol), and then there was the Arctic Blast (almost as fun as Space Mountain), then we slowed it down to see the penguins and the sea lions, I’d decided to go on the ‘Hair Raiser’ but Matt wasn’t big enough to ride, so the three of you went to the ‘Rain Forest’.

The weather started to turn, wind and rain was picking up, after a few more indoor activities we could see that you two were craving for more excitement... but the weather was turning for the worst. In the rain we’d let Matt play one of those carnival games where you could win a doll, and of course he did, and this is where I’d made a mistake... Although Matt won the game but we let Mar choose the doll... sorry, at the time I didn’t think it was a big thing. 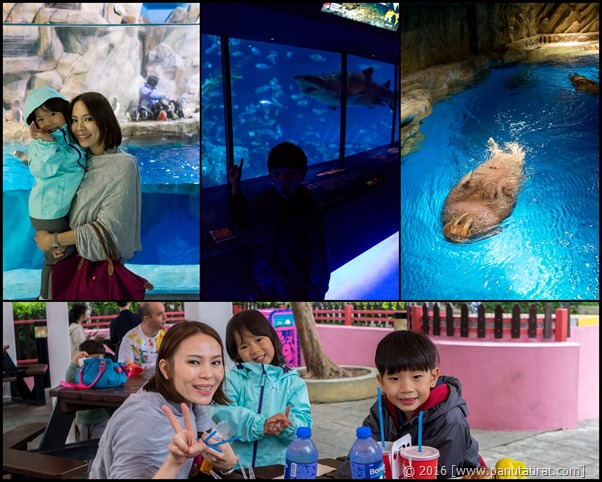 The next few hours Matt was all quiet and wouldn’t tell us what was wrong, finally a few tears were shed, he wanted the Doraemon, but Mar chose the Pink egg doll thingy instead... And all those few hours (through lunch) the rain decided to pay us a visit... and all the rides were closed... which made the situation even worse.

In the rain, after your mother and I found out what was upsetting Matt, and after my apologies, all of us cheered up again although the rain were still pelting down. Suddenly your mother had enough and decided to call it a day.

The day wasn’t completely spoilt, once back in Kawloon, we had a great time walking around Jordan MTR station, visiting small local park and had a superb supper. 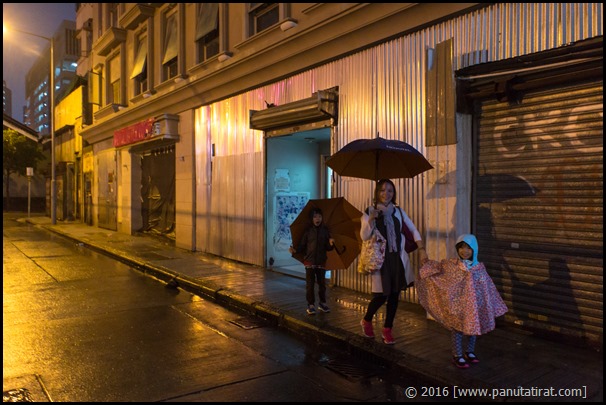 Again, with hindsight I wished I had chosen a slower pace attraction, rather than 2 similar places on consecutive days, haa haa haa haa haa. 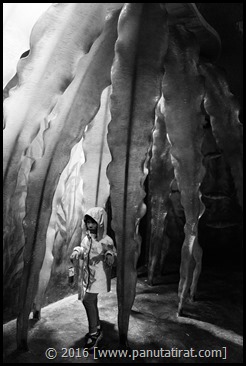 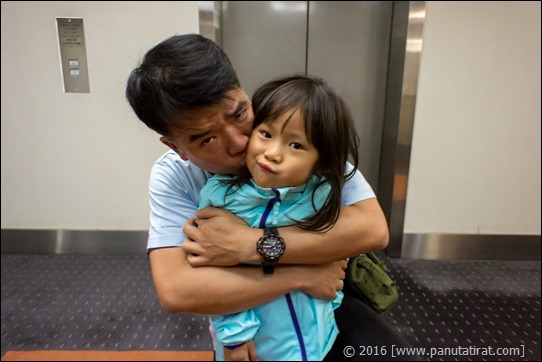 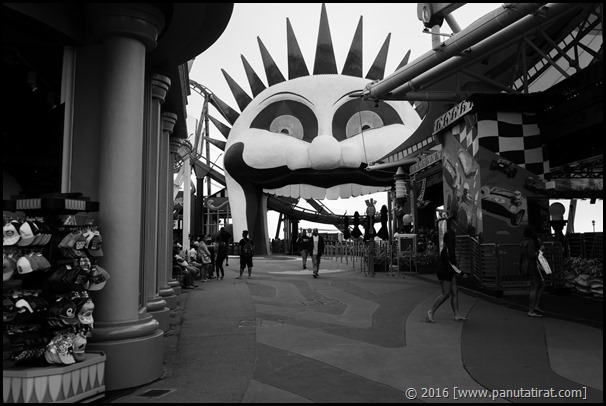