To the Dentist and Museum we go…

It had been six months... time for another visit to the dentist. You two were dreading it, but you have no idea that your mother and I was far more nervous than the both of you, for the past couple of visits Matt decided to project vomit at high velocity across the room, and Mar screamed so loud the dentist and his assistant needed industrial strength ear muffs.

So for this appointment we’d decided to move up the time to 09:00, because pure and simple we were not going to give you two any breakfast! That should take care of Matt’s flying vomit issue, as for Mar all we could do was to tell her that after seeing the dentist her teeth will be as beautiful as Princess Elsa’s teeth :-) (it worked too, lol). 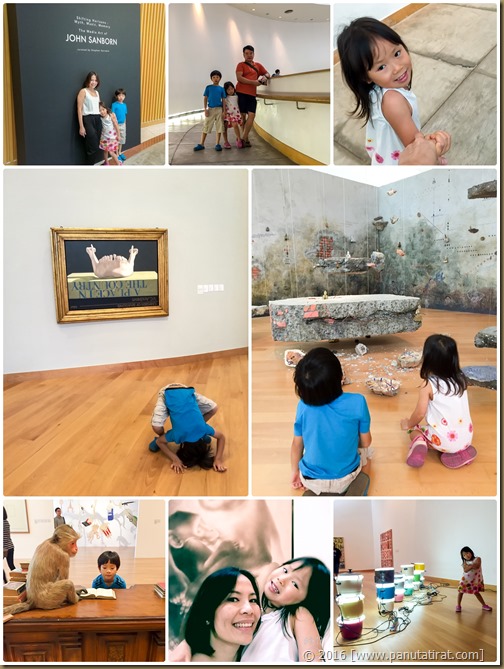 I don’t blame the nurses for looking at me funny, I was pacing up and down the waiting room like an expectant father, lol. Matt was the first one in the chair, lol, mother and Mar went too. I was waiting for the dentist to scream ‘Not again!!!!’... Well the scream never came, Matt was a trooper, he walked out with a huge grin. ‘Papa, I made it, I wasn’t sick this time Papa’.

As for Mar, she skipped out like a sugar high Unicorn, haa haa haa, not a single drop of tear was to be seen and the Doctor didn’t need his ear muffs after all.

So where to go for breakfast now that it was 10:00? Most of the places were still closed or just about to open. Bon Chon told me to go away and come back in thirty minutes, even though on its door it clearly said open at 10:00, what an arse. So Burger King it was, just something to tie us until lunch...

The last time we were at Bangkok Art and Culture Center (BACC) your mother and Matt were in Spain, so it was only Mar and I who had a great time at the BACC. Since then I have been wanting to bring Matt here, the previous time the multimedia piece was a bit scary (a realistic (fake) head on the floor, in a darkened room being blown by a fan, the hair was moving, the head was slowly swaying from side to side, even I was a bit apprehensive, lol).

After brunch, finding a parking space at BACC was a bit of a laugh, simply there wasn’t any, so I’d decided to play safe and parked at Siam Square instead. A most welcome ‘rain’ came out of nowhere (it had been sweltering, having a bit of rain was fantastic), challenging us to find a walking route that was under cover... it was not possible and after a while it was time for lunch anyway.

After lunch, the cloud was still very heavy, but at least the rain had stopped... ‘rushing we were, running we did, to the BACC we reached’... haa haa haa.

I was so happy that you two had a great time, and I am sorry if some of my explanation didn’t quite make sense, some of the piece was way beyond me, lol.