Day Three - Nice to be by the seaside.

In all of our trips to Pattaya, we had never once went to the beach. So for our final full day (after breakfast) we’d decided to do some scouting at a piece of beach just beyond the hotel, and unbelievably it was quite alright... Pattaya has never been known for its beach, but rather for its nightlife, if it has legalised casinos it would be our version of Las Vegas. 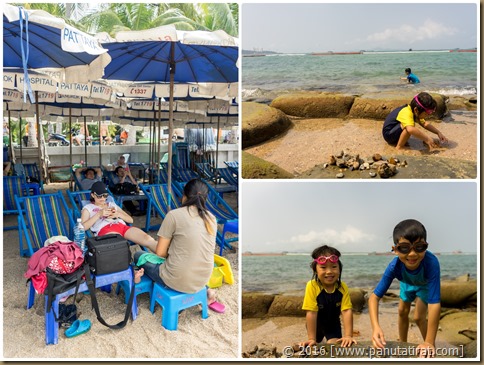 So rushed off back to the hotel we went, changed into your swimsuit faster than Superman, then ran faster than Flash back down to the beach. The beach was full of deck chairs for rent, and non stop walking vendors would be coming up to us, offering anything from body painting, steaming hot seafood, ice creams, children’s toys and all the way to a legs massage (which your mother took, haa haa haa).

The sea was more pleasant than I had expected, but by the time we’d arrived the tide was going out, nonetheless we were there for well over an hour. Along the beach were huge sandbags, it was fine, but it was obvious that the sandbags had been there for a very long time, many of them had already burst and the remaining (million lol) were covered by algae, which of course Matt loved, as it was more slippery than oil covered ice rink, much to your mother’s despair. 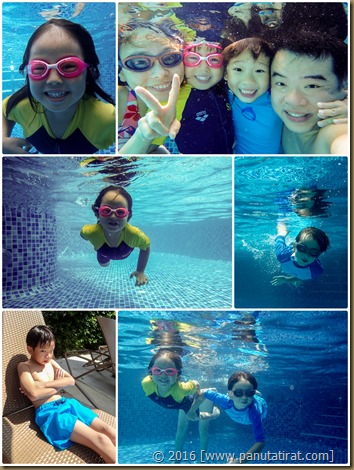 After all the fun you had on the beach and in the sea, do guess what you wanted to do after... back to the (very cold) pool we went... Lunch was taken, way, way, way late (around 15:00), at first we were supposed to be going down the road to Central-Festival Shopping Mall, but after almost reaching the destination the road was suddenly blocked off by the police, something was happening (although we’d never found out what).

Due to the mind boggling one way system, we found ourselves driving further and further away from the mall, and by chance came past the Central Centre (which was the original Central Festival). It was old but remained very charming, there is a running joke in our family that all you wanted to eat (whenever asked) was always MK... and to be frank your mother and I literally feel sick at the slightest mention of that brand, lol.

Of course we had lunch at MK, haa haa haa, can’t really complain, as there were always plenty of vegetables. After lunch Mar was pining for a Doughnut, and Matt wanted to visit Mario World as he saw the playground whilst we were walking around the mall. Sadly Mario world was nothing but a pile of rubbles, so we changed our focus to find Mar’s doughnut instead... 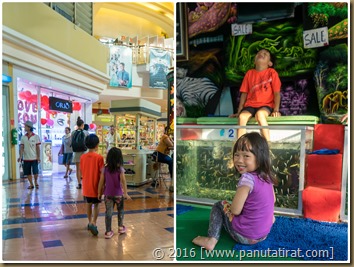 On the way out Matt saw one of those ‘Fish Spa’ and of course he begged to have a go, we welcomed it as it gave a chance for us to have a cup of coffee (or 2 coffees in your mother’s case, as a bird pooped into her first cup, lol). Mar was loving it too, seeing her brother in pain was always enjoyable (extremely ticklish), lol.

Supper was a bit of a nightmare, haa haa haa, as it was super late and not really knowing the lay of the land I’d lead us to McDonald (even that was an accident), one McFish and Fried Chicken later we hopped on to the so called ‘minibus’, basically a pickup truck with to row of seats at the back, covered by a thin roof for our short journey back to the hotel.