The Lungs of Bankok. The place is literally a stone throw away from our apartment (straight line distant being only 4.4 Kms), but to actually get there by car, the driving distant was around 20 Kms, crossing the Chao Phraya river and a small canal, but it was all worth it.

If you look on Google Map, right in the centre of BKK there is a huge piece of land that is almost an island, result from the natrual erosion forces of the river on the land. Once we had arrived on the, I am going to call it ‘almost-island’ from now on, it was like we have driven hundreds of kilometres away from Bangkok, the environment was fantastic, never knew these kind of places exists right in the middle of a metropolis.

Actually to call it ‘lungs of Bangkok’ was a bit much, the Sri Nakhon Khuean Khan Park And Botanical Garden was great and probably one of its kind in Bangkok, but I would have thought it needed to be a hudread times bigger to truly be the lungs of BKK.

What a great place to ride a bike, it was’t particularly large, but the environment was fantastic no wonder why it was such a hit with all the cyclists. By the time we’d arrived it was closer to noon, and the sun was particularly angry that day, duely the bikes were left back in the van. 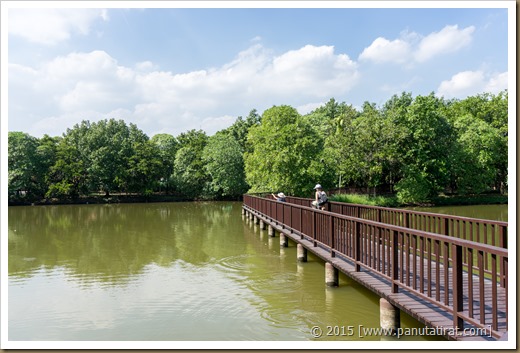 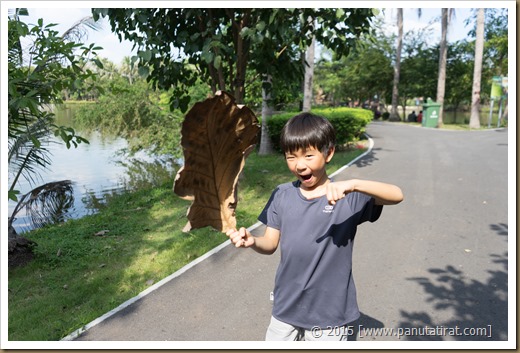 For the next visit, we are going to try to be one of the first group here, lets hope the rest of Bangkokians won’t think the same, haa haa haa.