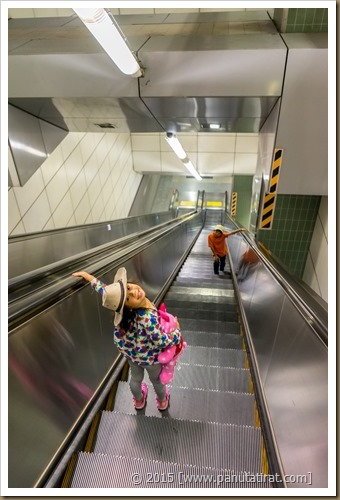 We are actually already in the second half of January, so this post took its time in coming. Your mother and I are feeling enormously guilty for not taking you anywhere over this Christmas and New Year holiday, I was ever so busy with the launch of 2 restaurants and your mother was super busy with the fitness club.

By the time things had cleared, it was too late to find a reasonable lodging anywhere, so sorry babies. However, we did try to keep everyday exciting for the both of you though, and had done a ton of activities, but it would have been better if we had managed to give you two a change of scenery, rather than being stuck in good old BKK.

We must have hit all of the attractions that you love, from Rockin Jump to the Emporium Playground, along the way managed to spend quite a bit of time in the temples as well, visiting the Wat Sa-Kes was as much for me as it was for you. 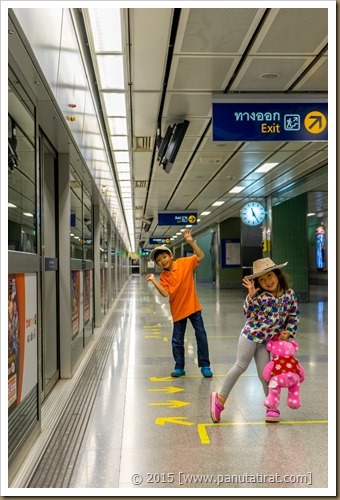 So to make it up to you, especially for Mar who had been asking for quite a while now if we could go back to the hotel with a really deep pool and a slider (haa haa haa, it took a while and some tough interrogation to find out which place she was trying to describe, haa haa haa), so we have already booked the hotel for the half term period.

On the final day of your holiday, and as it was a New Year I had decided to take you two to Wat Hua Lampong, to make some donations to buy coffins for the people who has no relatives, unfortunately New Year is probably the busiest time for charity to be receiving donations, I have never seen the place so full, and there was no way I was going to let you two be crushed by a large crowd in searing heat. At least we’d managed to visit the main the main temple though :-)

As I am writing this, it has already been a couple of weeks into your new term, and the routine had settled down pretty quickly :-) it was difficult waking Mar up at first, but all seems to be in order right now, lets hope it continues :-) haa haa haa.