This past Monday was a our ‘Wisakha Bucha day’, this is a Buddhist holiday, in short it is the day when Buddha was born, achieved enlightenment and passing, for us Buddhist this is quite an important day (to say the least).

For you, it meant a long weekend (although we’d just found out upon our return that Matt and Mar both had school, haa haa haa, oh well).

Since our last break in Hua Hin was a bit of a nightmare (although it did turn out great in the end), so we thought we should get away once again, and Pattaya seems a good choice as any, and it has been a while since we’ve met up with our friend, and you both love to visit your Uncle Chat and his family (2 kids your age).

Driving East towards Pattaya was a bit of a nightmare, long weekend traffic is never enjoyable, unless you are a masochist. But finally we got there in the end, our usual place of stay (Villa Wanida).

You both were in fantastic mood, the sun was out (but I’d wish it wasn’t, way too hot of late), and the birds were singing (it was probably cursing at the Sun for being too hot). After a quick lunch and a short break we all headed to the pool, and in no time supper time was upon us, so we all headed to Uncle Chat’s house (literally 5 mins away). You two and Gun and Chan (Uncle Chat’s kids) had a fantastic time, singing and dancing all evening... haa haa haa.

Sunday morning was a bit of a question mark on what we should do, but once again your mother came up with a suggestion, I am not exactly sure of the name of the place but it has sheep and ponies (what else does one need), haa haa haa. It was the morning well spent, you two had a great time. I wasn’t too keen on staying too long, the Sun was angrier than usual, even in the shaded areas were not enough to keep us cool. 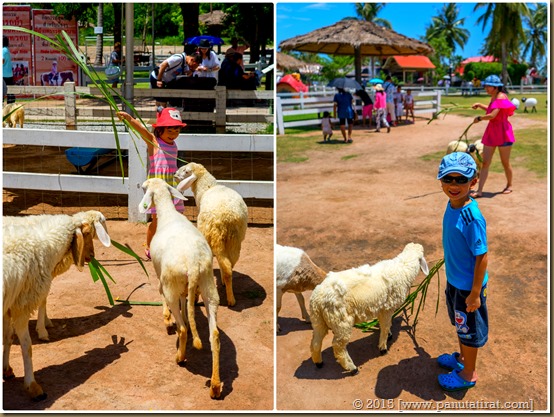 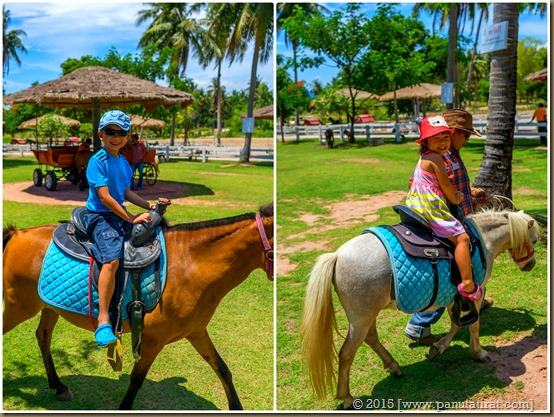 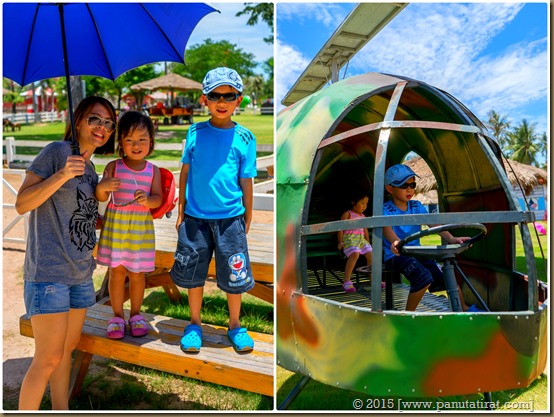 I’d decided we should stay away from the sun and heat in the afternoon, so we headed to the popular mall of lunch (nice and cool), then after some shopping we headed off to the resort for swimming time. 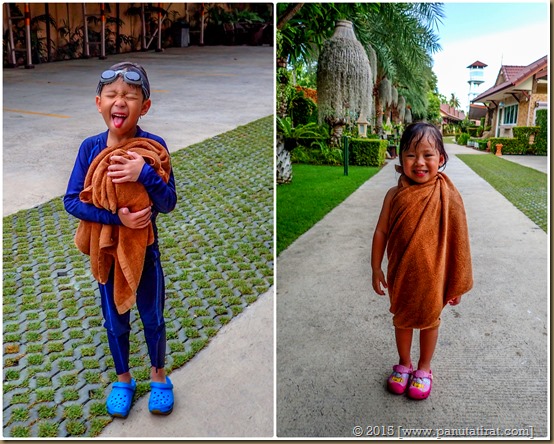 Yesterday’s and today’s pool time was terrible for me, jumping into the pool was like jumping into a freshly made ‘cup of soup’, haa haa haa. For the first time it was uncomfortable to be in the pool, the water was way too hot, instead of cooling off it was just the opposite, haa haa haa, but you two didn’t care one bit, lol. The evening were more dancing at Uncle Chat’s place, lol.

Came Monday morning (checkout day), we’d decided to leave early and head towards Sriracha Tiger Zoo, of course there were more than tigers, this was your only second visit. I was hoping for more breeze, but none came, luckily there were plenty of shades for us to dash around under, lol. 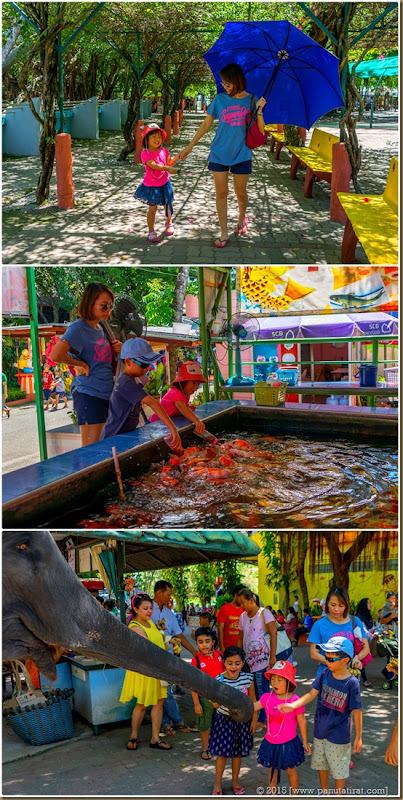 Mar insisted on visiting and feeding every animal in the petting pen (from elephants to little lambs, haa haa haa). Matt on the other hand had his heart on the fish feet spa and shooting the tiger’s feed (they put bits of meat in small cube metal boxes, which were hung five or six meters above seven or eight tigers in the enclosure, each box has a small round target above it, to which we would shoot with an air gun. If you hit the target, the box opens and releases the meat to the tigers).

By the early afternoon, after all the heat and activities, Matt was begging to go home and he was getting visibly tired, Mar on the other hand was like pac-man still running and singing. As soon as we reached the car, Matt was out quicker than the Enterprise on warp drive. I don’t know what Mar was on but there was no sign of her sleeping at all, so I resorted to putting on a cartoon for her to watch... snoring like an elephant about 5 mins later, haa haa haa.

It was an excellent long weekend, although we’d found out that we inadvertently took Matt out of school for one day, it was well worth it.