Oh, the whole adventure began on the very first day of your Easter holiday, in short you and us didn’t sleep for ten day straight… but in the end it was all smiles… lol. 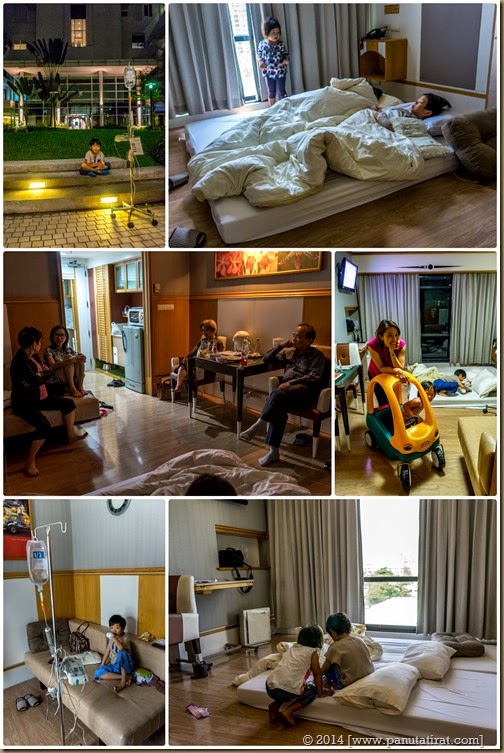 I am referring to this just past long weekend (4 -6 of April)... which has been a long time in coming, it really has. It was also brilliantly coincided with Matt’s and Mar’s Easter holiday, not to mention that your mother’s work is slowly simmering down... so everything was set to do something nice... until... (and we should have known this) Matt decided to get really, really ill.

This always happens during Matt’s or Mar’s first week of your holiday, always. To be honest I should have foreseen this. It all started on a Friday (3rd) (Matt’s last day of term, Mar’s term ended on a previous day), Matt came home looking very lethargic, and by the time early evening came he was complaining of stomach ache.

To see Matt laying quietly on the sofa did ring so many alarm bells, but I had just assumed Matt was tired from the water festival at his school earlier in the day. Your mother came home very late (actually early, lol) and by 2 am she decided to take Matt to Emergency room at BNH.

Saturday (4th), Matt was literally laying still for the whole day, the doctor diagnose that Matt was suffering from some kind of stomach virus, but he was not vomiting nor having any diarrhea and his temperature was quite normal. But his pain was undeniable, after taking Mar to her class and lunch we all headed back to see Matt and your mother at the hospital, and in the evening the whole team arrived, lol, Grandparents, great aunts and more... haa haa haa. At night, it was your mother’s turn to see the doctor, suffering from acid reflux, luckily she was in the right place and nothing worst became of it.

Sunday (5th) started better, Matt was more himself but still very tender. You may be wondering how Mar was coping? Well, she was having a great time! It was like a huge playtime for Mar at the hospital, she had made a friend who she hanged out together for the whole day. This new friend, whom Mar decided to call Princess Elsa (because she calls herself Princess Ana, lol) was there because her sister was admitted to the hospital too.

So Mar was there having a great time, and slowly Matt was recovering, by Monday came Matt was complaining he was bored... haa haa haa, so the old Matt has returned :-) So literally the whole long weekend disappeared quicker than a full plate of spaghetti.

At the end of the day, we were so relief that Matt is back... Monday evening was spent in the pool, we were so lucky because Sofia was also there too... what a laugh we had.

I think I should have kept my mouth shut, Matt was great and dandy for the whole of Monday (after he had left the hospital), however come Tuesday evening (07.04.15) the stomach pain was back again, but not as severe.

Luckily it is not as bad as last Friday, lets see how you are tonight :-)

It is now Wednesday morning and I am hoping it will all cleared up by tonight, get well soon, words can not describe how helpless we feel to hear you sobbing in pain.

Your mother and I had to both work, so your Aunt was there to take care of you. She had suspects that something wasn’t right, by late afternoon she had called me up to tell me that she and Matt was heading to BNH once again. Luckily my last meeting was close by, and as soon as that was over, I jumped onto a Motorcycle taxi and rushed to BNH, just in time to see Matt being carried around by your Aunt, it apparently helped with the pain to be carried around rather than sitting.

This time we saw another doctor, after some polite Q & A she decided to give Matt an enema, and it really worked. Literally after a second it was given I had to rushed Matt into the lavatory. Matt was full of gas, it must have been so painful with that much gas trapped inside.

It was night and day, he was now all smiling and could walk freely again, I had really hope that would be the end of it (again). But by around bedtime the pain was back, it comes in waves which peaked every hour. 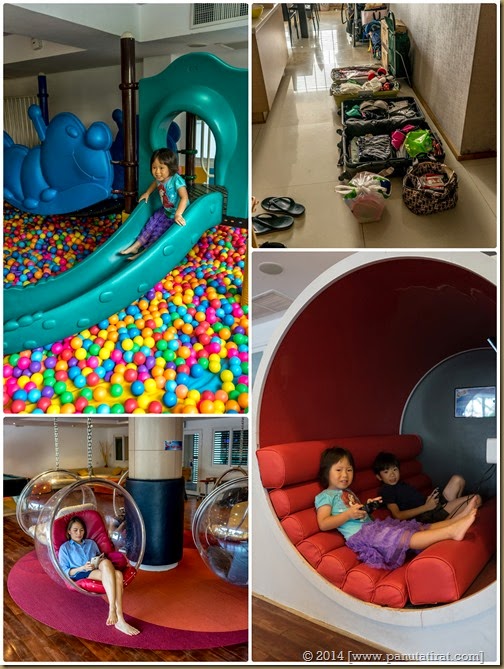 We had decided to got for a short break before Songkran, travelling anywhere during the Songkran holiday is just as crazy as using cactus as toilet paper. So we’d thought let spend a few days in Huahin where Matt has been begging us to go back (to his particular hotel, lets call the it Hotel N)

We were supposed to be leaving Bangkok today, but at two am Matt was admitted back into emergency at BNH, his stomach was playing up again and he was in some discomfort. I had really thought it would all be over after several visits to BNH.

By the time your mother and Matt returned at four am, it all seemed fine (again). Your mother and I had seriously considered cancelling the whole trip, but imagining you two stuck in boring BKK for the next few days was just too much. So we decided to stick to the plan, perhaps a few days by the seaside would do Matt some good... I was wrong...

We arrived at the hotel by around noon, Matt ate well enough and he wasn’t in any pain, but we could tell that he was not 100%, instead of rushing around at a thousand mile a minute Matt was just zombieing around... and went through all the motion of swimming in the pool and in the sea...

Mar on the other hand was having a fantastic time... haa haa haa.

Thursday night was another sleepless night, as usual around eight pm Matt was once again in discomfort, and work up every hour on the hour until around seven am, of course I was there all the while trying to comfort him. Matt ended up sleeping on the sofa, while I sat next to Matt all night. 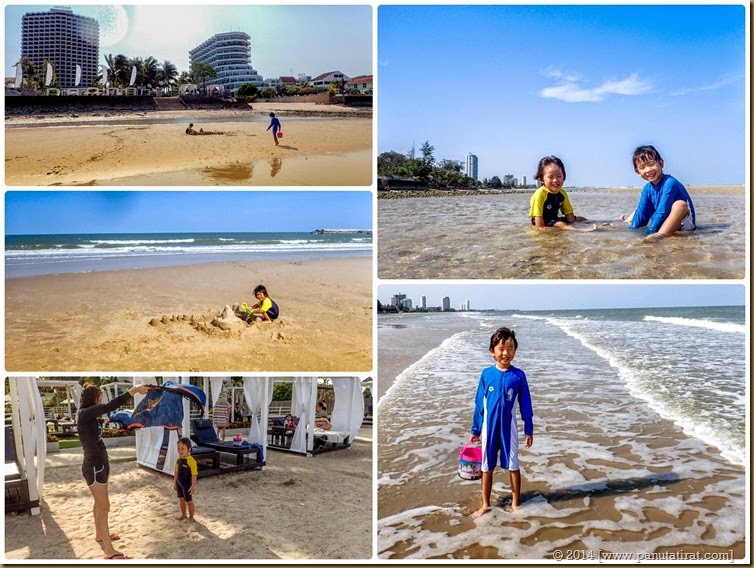 So far, since the forth of April Matt had perhaps just one good night sleep, and the little rest he was having, was really affecting him and obviously not in a good way. Not only that, your mother and I probably had the same amount of sleep as Matt, so all in all this was turning to be quite a horrendous day (and this was just the beginning).