What a Saturday (Sports Day and a Show), lol.

Luckily breakfast was already prepared, my main job for the morning was to make sure you had your milk, showered and dressed, and of course that was done in record time, although you two were quite puzzled why we were in such a rush, of course during all that time your mother was making herself pretty (not much work needed in my personal opinion... haa haa haa). 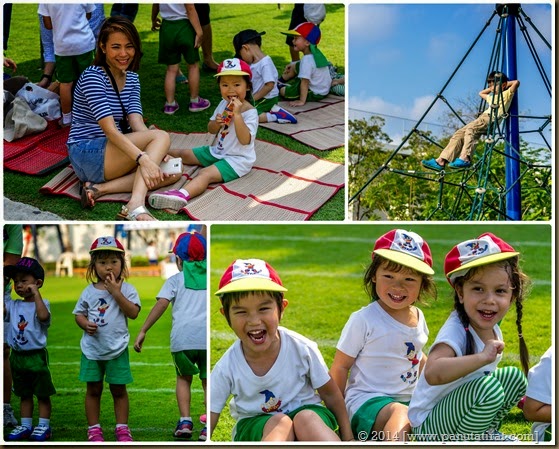 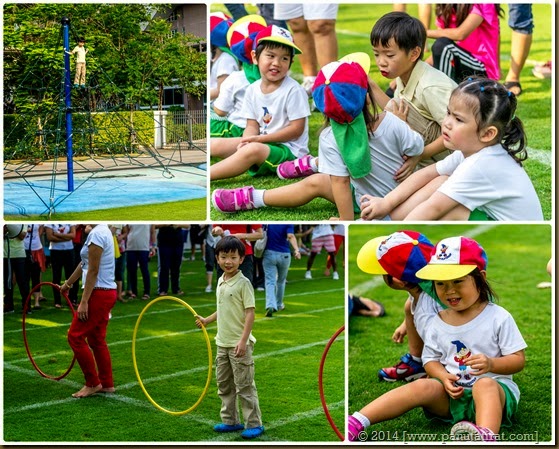 Anyway, it was already 07:25 when we were all in the van, breakfast in the van was always an event, haa haa haa, luckily no one sneezed this time (just imagine a mouth stuffed full of food follow by a fully tornado of a sneeze, lol). Saturday’s morning traffic was almost non existence, and we arrived at SHB in no time. We could see all the kids were still roaming around and the start of Mar’s Sports day was at least 20 more minutes away. 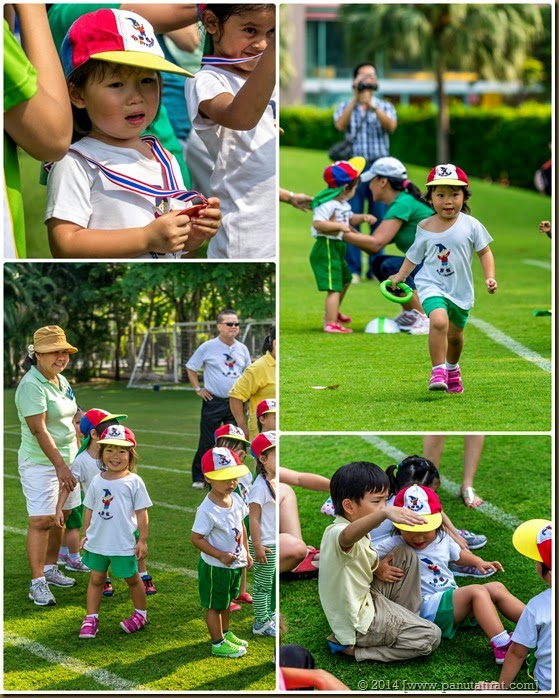 We took our time to continue your breakfast, then it was time to move the troop, the sun was quickly raising and I’d just hope the whole thing would be over by eleven, the day was still full of things to do.

I’ll let the photos explain the event, but Mar and Matt were superb, Matt ended up being a coach, a baby sitter and even helped out with the event, lol. Mar was so determined, but as the day wore one she was becoming more and more groggy, which ended up with a full blown water-works, haa haa haa. Overall it was a grand and very close event, sadly the Green didn’t win. q1a

Mar was over the moon with the medal, and so were we, lol. We’d left the event as soon as we could, needed to rush back for a quick shower then lunch, because next on the card was Matt’s piano lesson but today was going to be slightly different, Matt was on the card to be a part of the show. Nothing too spectacular, just a private concert at the school. He had been practicing all week and it showed, we were so very happy for Matt :-) 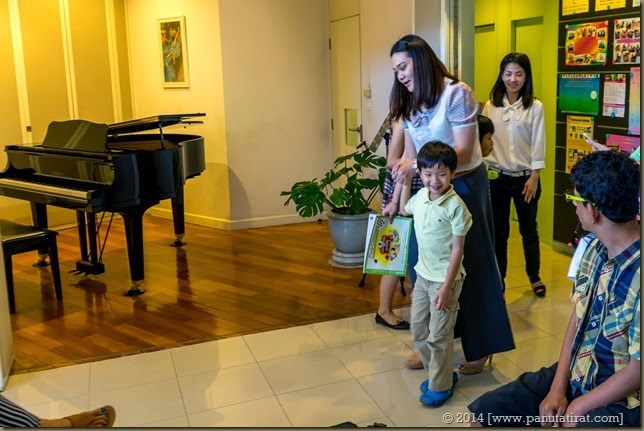 Again we were off, this time driving halfway across Bangkok to Matt’s Thai class and Mar’s art class... the best thing about these classes is the hour your mother and I have to ourselves, haa haa haa haa haa.

It was a fantastic day... 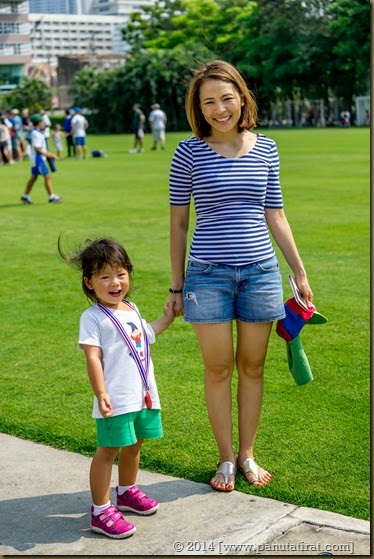