We seemed to be waking up later and later each morning, haa haa haa... the morning routine of breakfast, swing and the coffee drive went without a hitch. We gave Matt a choice of going back to Amazone or to just swim in the resort pool. I wasn’t expecting him to choose the resort’s pool. 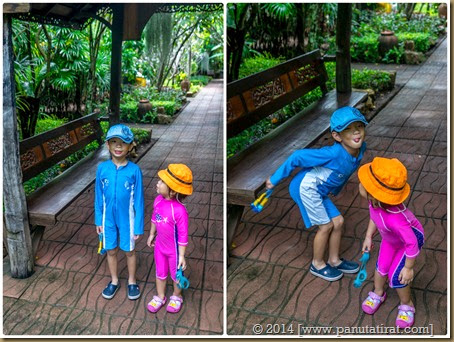 It just meant more chance for me to try out the camera’s other functions, the slow motion vdo was fun, but limited, the multi shots mode was fun and the results were very interesting, but after extended use underwater I discovered that the lens was fogged up, at first I thought it was a leak but after only a few seconds the fog disappeared.

This was the first time we were all together in the pool, haa haa haa, that just meant more fun taking photos, lol. 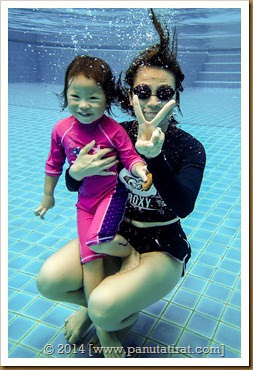 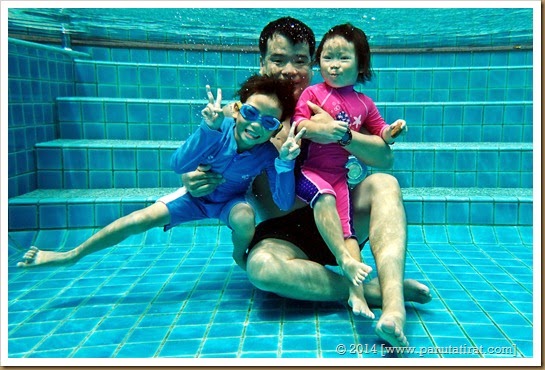 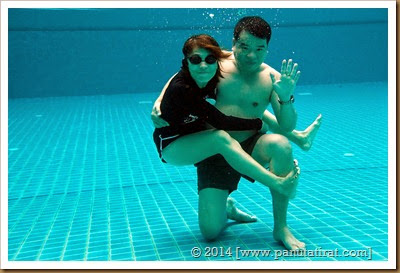 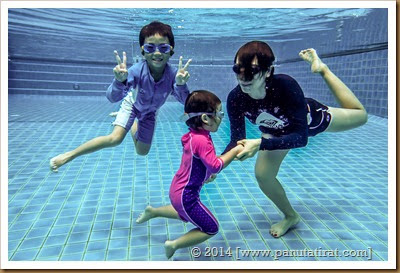 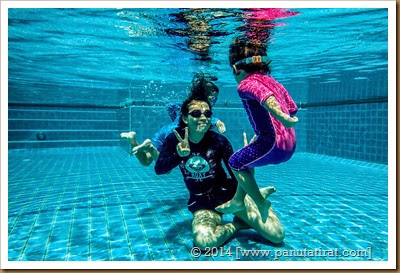 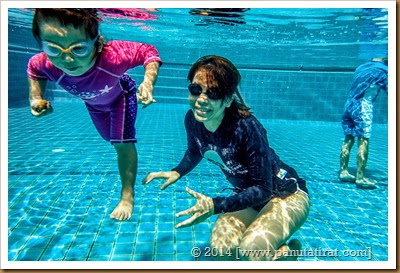 For lunch we went back to Sanctuary, have never been disappointed with them, the animals also provided a good distraction for you two, seeing your faces when feeding the rabbits and goats were priceless :-)

For the evening entertainment, Matt wanted to go back to Ripley’s Infinite Maze, so we grab a quick supper at Pizza Hut (wow what a disappointment that was, not surprise that I have never been to Pizza Hut in over 8 years, haa haa haa). Infinity Maze is just a bunch of room all covered in mirror, and our job was to find the door to get out from each room. This time your mother knew better and refused to join us, haa haa haa.

What a great way to spend our last full day in Pattaya.

Woke up to a game of UNO was perhaps more mentally challenging than it needed to be, haa haa haa. Instead of heading off for breakfast, your mother wanted to pick up the coffee first... :-)

Swimming was next on the agenda, I am going to call you two Aquaboy and Aquagirl from now on... haa haa haa. By the time we went back to the room the sky decided to absolutely opened up and it poured so heavily part of the resort was flooded, so instead of checking out at noon we ended up leaving the resort closer to 14:00.

Leaving that late meant only one thing, Mar won’t be having her lunch... haa haa haa, and we were right, Mar slept right through lunch and Matt went out like a light immediately after lunch. So on the drive back everyone was in slumber-land... except me of course, haa haa haa.

When we arrived back at the apartment (after picking up supper) my parents came by just to get a hug from you two... haa haa haa haa haa, and brought more toys for you too.