At the beginning of this year, I’d started making our traditional annual 2013 photo-book, unfortunately I gave up just an hour into the project, haa haa haa. Ok, so why did I stop... simply due to sheer fright... haa haa haa, sheer fright of the number of photos and the daunting task of going through them to choose what would go into the book, then there is a task of processing them individually. 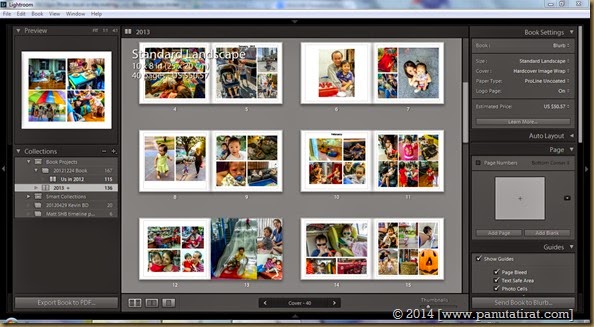 But now (almost a year later) I am starting again, doing 2013 and 2014 in one book... technically 2014 is still happening, but by the time I finish this photo-book it should be well into 2015, haa haa haa. So how did I overcome my fear of the large number of photos? Well, my photos library is organised using ‘year’ as the first filter then in that would come the date and event’s name folders. So I am taking one or two night to process each month then add them to the photo-book.

It has been a few days since I had written the above paragraphs... and the original idea of putting 2013 and 2014 together is now such a bad idea, haa haa haa, I have just added the month of May to the book, we are not even in the second half 2013 and we are already on 40+ pages, haa haa haa.