Happiest of Birthday to you, well actually it was a couple of days ago that you have turned six.

What a day that was too, as usual your mother wanted Matt to have a cake in school, to be shared among his friends, and usually that would be in the afternoon, during Matt’s afternoon break… 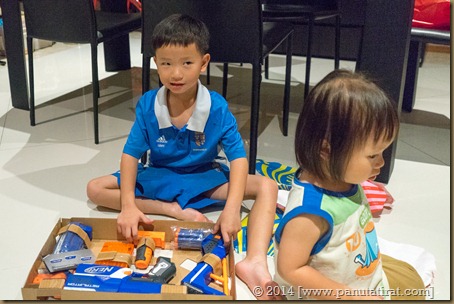 Luckily it was a public holiday, so my first port of call was S&P (10 minutes away), but there were so many questions in my mind... Will they have a cake, will there be a parking space, time was running out and to spend twenty minutes finding a parking space would have killed me... Where to get plates and utensils? Haa haa haa haa haa haa. 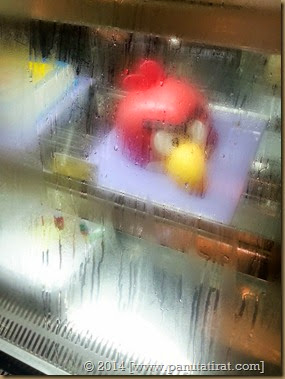 But everything went right that day, most importantly the traffic was light, and only eight minutes later I was turning into the hospital (this particular branch of S&P was in the hospital, so you can understand my fear of finding a parking space). As soon as I drove past the gate I was in Meerkat mode, but instead of fidgeting and looking for the great eagle in the sky, I was decisively looking low for a parking space… Bingo… one space was right almost opposite to the shop… now, will they have a cake?

Of course they did, and it was perfect… :-) round red shape peered through the fogged up chilled display case, the familiar yellow beak and those ‘angry’ eyes… it could have been nothing else but the infamous ‘Angry Bird’ Cake… The next hunt was for the paper plates and plastic spoons, and 7/11 was virtually a stone throw away.

By 8:25 I had everything, then your mother called, Miss Jo had gotten in touch and now we had to come at 09:00 rather than 09:30… wow, a quick change of plan, Marcella now had to go to Noddy with Auntie Tip on a motorcycle (she loves it). By 8:35 I was waiting for your mother at the condo, nothing short of a Dukes and Hazzard driving got us to Matt’s school slightly before nine.

Just look at the photo of your mother before Matt came down, haa haa haa haa, not long after that it was full of smile though… haa haa haa. 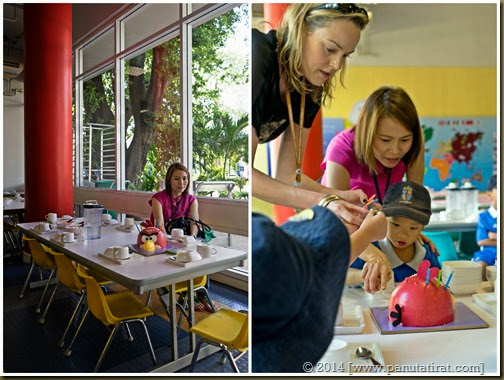 Thank you Ms. Granger and Ms. Jo for all of your kind help :-)