This past weekend was a long weekend, but we didn’t have any special planned, instead we spent Saturday trailing after you two on your usual classes. Sunday’s morning started with a quick visit to Wat Hualumphong, then Mar slept her way through your mother’s mass at the church while Matt (unbelievably) behaved impeccably. Lunch with the family was probably the highlight for the day, then I’d made the wrong decision to drive to Phutthamonthon… wow, what a mistake that was. The road next to Phutthamonthon was over ran by the red shirts (pro Thaksin supporters), took us just a little short of an eternity to get out of there and back home. 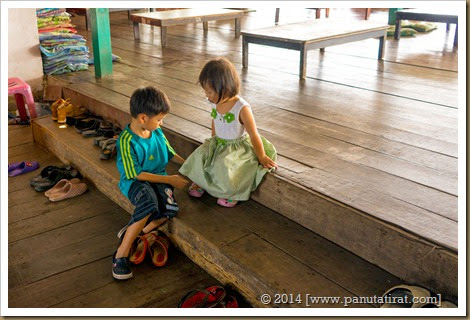 Monday, your mother and I woke up with absolutely nothing planned, after you two had breakfast it was on a whim that we decided to have a coffee at D&L, but it was full, so once again we were driving to absolutely no where, we were bored of BKK and wanted you two have some fresh air, and again on a whim we were off to Samut Songkram (about 80 Kms away).

Along the way we stopped off at Don Hoi-Lot, famous for its seafood restaurants, neither of us had been here before so we were quite overwhelm with all the choices for restaurants. So whom do we turn to for advice? Pantip’s web board of course, haa haa haa, and we weren’t disappointed, the service was pretty good but what surprised us the most were the prices… 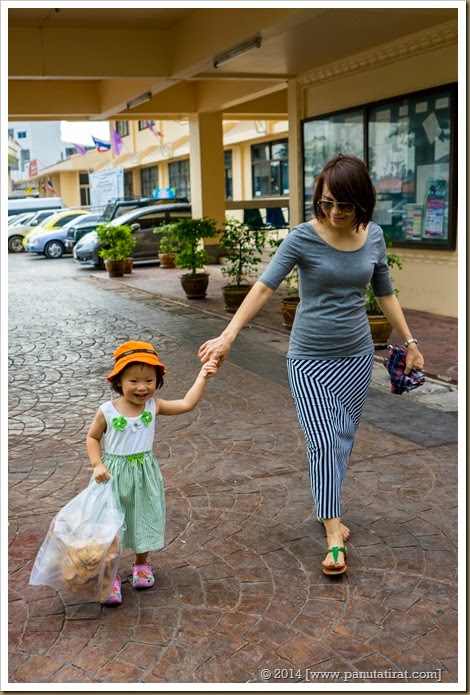 After lunch we drove further into Samut Songkram to visit quite a famous church, but by the time we got there, both of you were fast asleep. So after a quick chat and literally 3 minutes after our arrival, we were off again to the famous Umpawa floating market.

Someone must have forgotten to make a live sacrifice to the sun or something, because he/she was very angry that day making heat almost unbearable. Worst thing was, Matt was still fast asleep but Mar was up and gearing to go. The solution was a simple one, I’d bundled up Matt into Mar’s pram, and soon all four of us were strutting our stuff down to the floating market… and 5 minutes we were back in the van, haa haa haa haa.

Actually Matt and I were ahead, and we were the first one to get to the bridge where what felt like the entire population of Thailand have decided to turn up, that and the searing heat was just too much.

As soon as I looked back at your mother across a tidal wave of people, we didn’t have to utter a word, I was Dr. Xavier and your mother was Jean Grey. The heat, the people, Matt was fast asleep, Mar didn’t want to walk and I was drenched in sweat… time to go home…

On the way back to the van Mar managed to grab a bag of fish crackers… wow I have never seen you so happy… haa haa haa.

As this was the last day of a long weekend, the traffic was horrible coming into Bangkok,  but at least we were all together and smiling…. haa haa haa.