I’ve just got back from Myanmar today (it will probably be ‘yesterday’ by the time this is posted), Yangon was beautiful and extremely charming, and best of all the people were super nice. This was another business trip, it was only for one night, and the first meeting took place literally 30 minutes after we had stepped off the plane, haa haa haa.

The only free time we had was the morning of the second day (to be more precise, very early morning, in fact it was so early the moon was still visible when I got up), and that still only gave us an hour before our first meeting. There was only one place that could get me up that early (no, not the breakfast room, lol), Shwedagon Zedi Daw, as a Buddhist this was pretty special.

An hour was just barely enough, even Lara Croft would have found it difficult the explore this fantastic place in a hour (and she will have to cover up her arms and legs too :). We could have easily spent a couple of hours here, but an hour was all we had, so we did the important stuff, and will leave the exploring for next time.

As both of you were born on a Monday, I’d stopped by the Monday Angle (not sure what type of a divine being that was), and a Buddha’s image (not sure here either, lol). I’d simply followed the others Myanmaese (or is it still Burmese, or is it just ‘people of Myanmar’, lol), anyway, the ritual was to use a small bowl to pour water from the basin that sat at the front, on to a small golden stone Chinese style lion, then onto the Buddha image, then onto the Angle, then finally onto the post behind. Of course I’d picked up 2 small tin bowl at the same time, one for Matt and one for Mar :) as there was quite a queue and I didn’t want to hold up the traffic :)

To me what made it really special was the people with unquestionable devotion, something I have not seen in quite a long time. 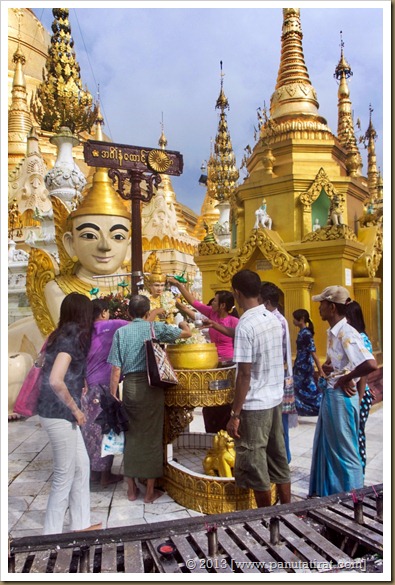 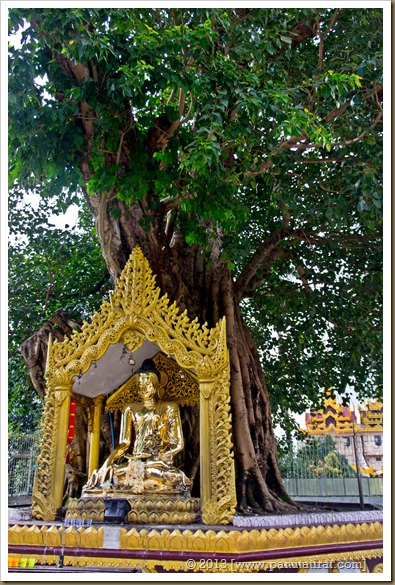 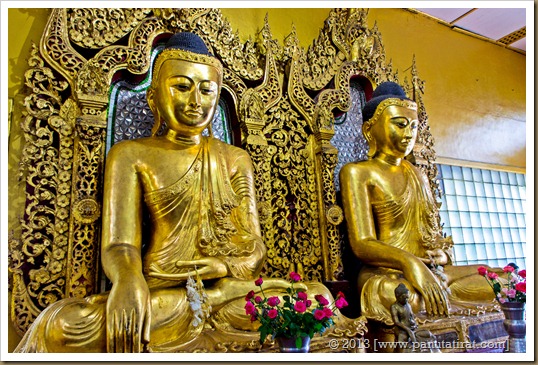 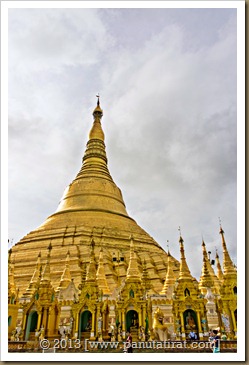 I hate to crop this type of panorama stitch photo, somehow the cropped version always leave me unsatisfied, lol. Anyway, so it was a pretty fantastic start to the morning :) and totally worth it.