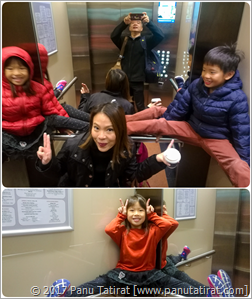 The morning sky looked a little suspect, really overcast and heavy, I was kind of glad we went to Penguin Island yesterday, now that is proper planning for you :-) The must visit Perth Zoo was a stone throw away from our hotel, haa haa haa. Crossing over the bridge and we were there in less than 10 minutes, but I’d spent another 15 minutes trying to work the parking ticket machine, haa haa haa haa haa.

The parking ticket machine just hated my credit card, of course it had never occurred to me to try to use another machine (another (kind) zoo visitor also tried to help, haa haa haa), until your mother patience ran out, walked over (I could tell she was trying her hardest not to hit me, haa haa haa) whispered in my ear “try another machine” and walked away, her tone was cold enough to freeze all the hell from all the religion, all in one go :-) Of course, the other machine worked like a charm...

Of course you both loved Perth Zoo, 41 acres was superbly organised, some of the arrangement even took my breath away, especially the Orangutan enclosure. As soon as we entered the first section the sky decided relief itself (lol), we were more than prepared, actually when I said we, I’d meant you two and your mother, haa haa haa. 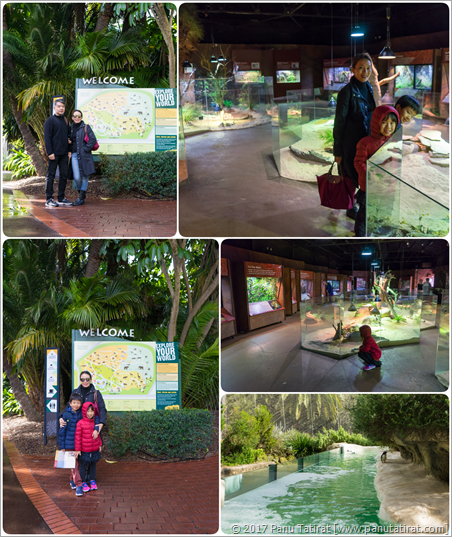 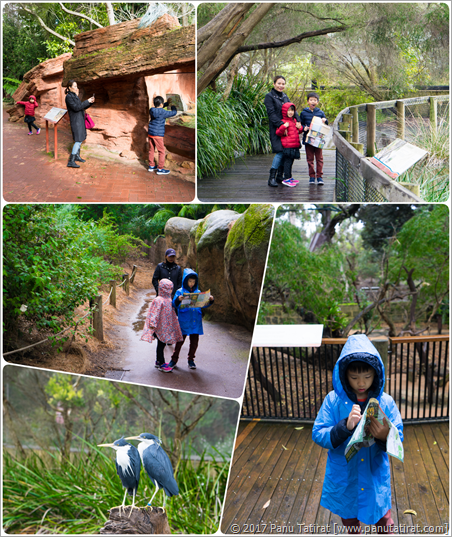 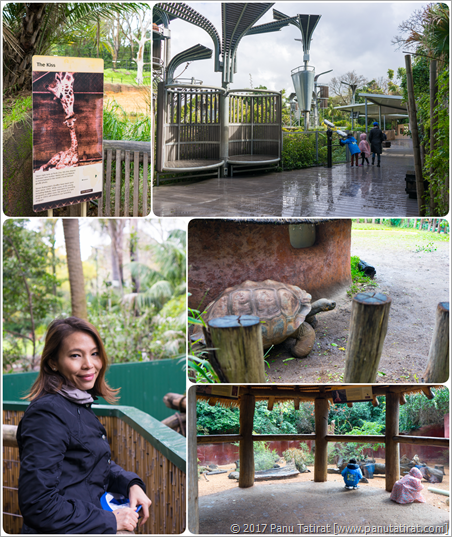 When it got a little heavy with the rain we would take shelter in some display area with a roof which were dotted around the zoo, in one instance we ran to this shelter but as soon as we entered we all took a gasp, and jumped back a little. A huge kangaroo had the same idea, it was already crouching against the wall, I think if it was the size of a cat it would have been ok, but it was taller than me, haa haa haa. Of course there was no tale of a hand to hand combat with that kangaroo, it was all quite pleasant, just like a couple of ‘beings’ sharing a shelter to hide away from the rain, haa haa haa. 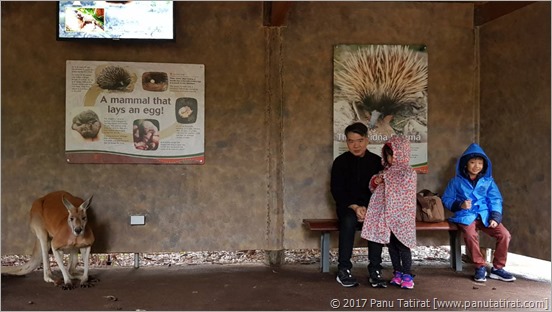 Of course you two were a little apprehensive, especially when your mother was pushing us all for a photo opportunity with the roo, I was more than anxious to say the least, I mean those feet looked like a size 150, haa haa haa, he/she could have kicked me into the 23rd century.

Can we get back to the issue of parking for a moment, the carpark adjacent to the zoo was a pre-paid car park (this is new to me), meaning you had to select the length of time, then pay. Being a risk averse type, I had purchased a 3 (and a bit) hours ticket... not realising that we would be cutting it fine, haa haa haa, and I already got a speeding ticket, I truly didn’t want a parking ticket as well, haa haa haa.

At the end, 3 hours was just enough to see everything once, but there was no time to relax before having to rush back to the car, lol. Just as we were leaving the zoo, you two decided to run off and play a little at the playground (which was a long way off), whilst your mother and I went to another enclosure, when your mother and I came out you two were nowhere to be found. Luckily the zoo was pretty much empty, being a Monday, so there was no panic, just a little worried. Instead of chasing around, I’d decided to head to the exit, all I could hope for was that you two were together, the thought of Mar wandering alone didn’t sit well with me (by the way, in the photo below the size of those trees were unbelievable). 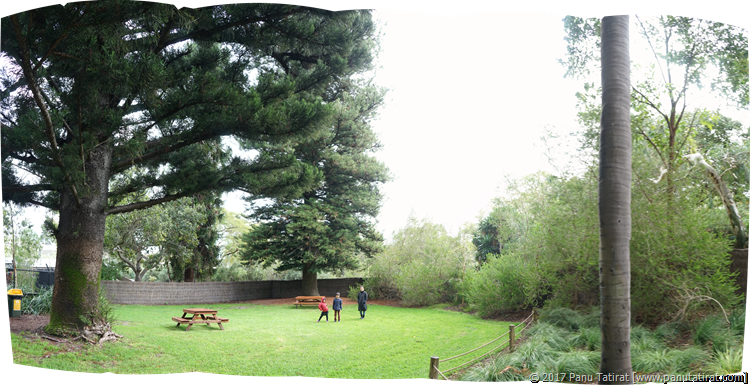 As anticipated, both of you eventually turned up at the exit all smiles, well those smile soon disappeared when you two saw steam venting from both of my ears, haa haa haa, we had a short conversation, I told you I was worried and that next time we should have communicated clearer. We left Perth Zoo around 12:54 (I can be this precise because of ‘Google Timeline’, what an amazing tool!).

Instead of immediately trying to find a place to take lunch, we took our chances and drove north (about 30 kms) towards The Aquarium of Western Australia (AQWA) hoping to find a place to eat there... of course we did, and ended up at Nautical Adventure shopping / community area and found quite a nice Italian eatery (tiered pizza and spaghetti was great). 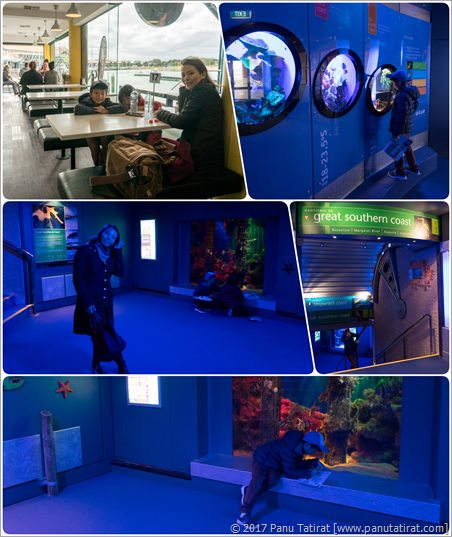 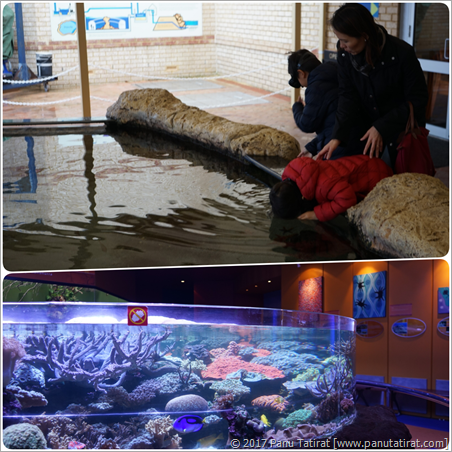 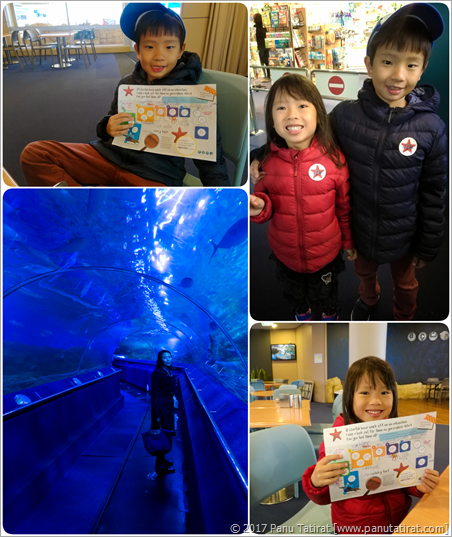 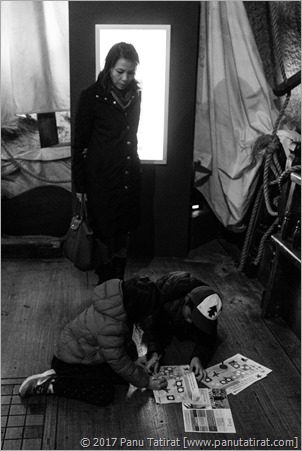 After lunch we took a drive back which was less than a km away to AQWA, by then sky have had enough, and couldn’t hold out further, oh boy did it rain, lol. Again, you two loved the aquarium, this time Matt was besotted (or should I say obsessed) with the challenge to find all starfish markings dotted around the aquarium. However, I think it would have been better to have come here during the summer, especially for all the outdoor activities, but nonetheless, outside was only perhaps 15% of the whole facility.

Two hours went by like 2 minutes, the floor escalator around the main attraction was superb! Matt and Mar eventually found all of the starfishes, and there were so many of them!! The prize was a very well earned badge, very well done indeed.

By the time we drove back to the hotel it was just a little after 17:00, after an hour of rest and play (haa haa haa) it was time for supper... Somehow we found ourselves at Southern Star Perth Restaurant (Chinese), very nice it was too, and only a 2 minutes drive from the hotel, haa haa haa.

As usual, your mother and I spent a few minutes at the pub and the day ended well, haa haa haa. Which allowed us to also plan for tomorrow... drum roll please... for tomorrow we are all going to prison, haa haa haa to Fremantel we shall be :-)