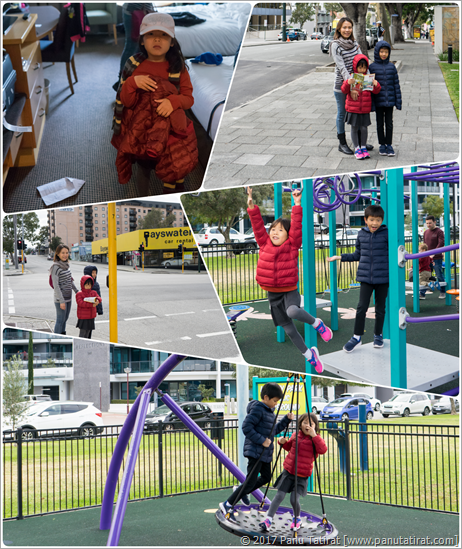 Sunday 06th started off with a superb breakfast, I was going to carry on with my intermittent fasting but it was just too much seeing that delicious buffet, haa haa haa.

You two were amazing, even with interrupted sleep, you two were as bright as daisies, and breakfast was scoffed down in no time. But what to do after breakfast, luckily there was a small child play area, with (I believe) you two being the only two children in the hotel, you had it all to yourselves, Matt was loving the XBox and Mar the the drawing set, that gave your mother and I time to figure out where to go on our first day.

Oh, I had forgotten to mention a couple of things, after your mother had booked the holiday, I then asked her to extended it by one day, but that meant we had to change the hotel for our final night (your mother found another great hotel to the North of the city), and secondly, the task of finding things to do was my responsibility (of course the final approval of the itinerary belonged to your mother, haa haa haa). It was quite difficult because I wanted to balance driving time with the activity that you would enjoy, it didn’t make sense to be driving for 2 hours only to see a nice scenery that you may not appreciate (yet).

One of the main reason we had chosen Perth was because of 2 things, firstly it was winter here, as we wanted you to experience something rather than just hot and hotter (haa haa haa) and secondly, we wanted something different than the usual Fun Park or Water Park. Perth is beautiful, lots of natural attractions and several historically important sites.

After breakfast we took a short walk around the hotel, just to get my orientation of the place, wow, a short walk down the hill was the lushes Langley Park and sitting just beyond the park was the majestic Swan River. Langley park had a small but well equipped playground, which you two took to it straight away, lol. Of course staying here half the day was not in our plan, especially for our first day, haa haa haa. 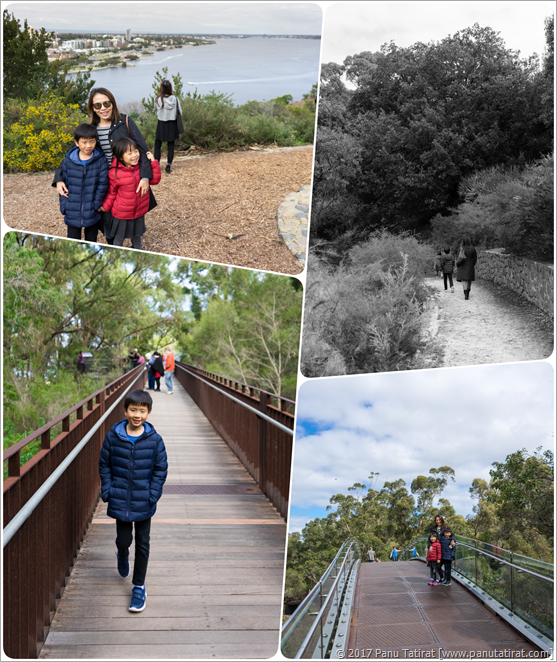 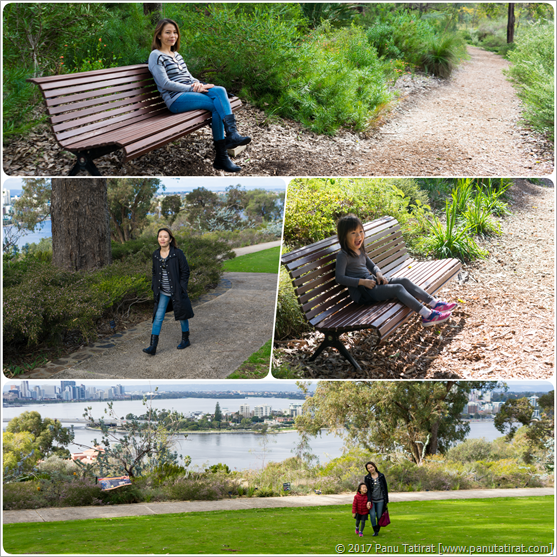 So to the first stop, ‘Kings Park and Botanic Garden’ (parking space at the main carpark was a little difficult to find, but the other carparks were virtually empty). It was obvious after 10 minutes (haa haa haa) that it wasn’t your thing, lol, but giving credits to the both of you, you did gave it a chance, and eventually the moaning subsided, only to be replaced by laughter, loud laughter, very loud laughter, lol. I was a bit lucky and a little annoyed with myself with a near miss, the car is low, and when we were parking at Kings Park I drove in head first but went a little too far, but luckily the curb was a tiny bit lower than the front bumper, lol). 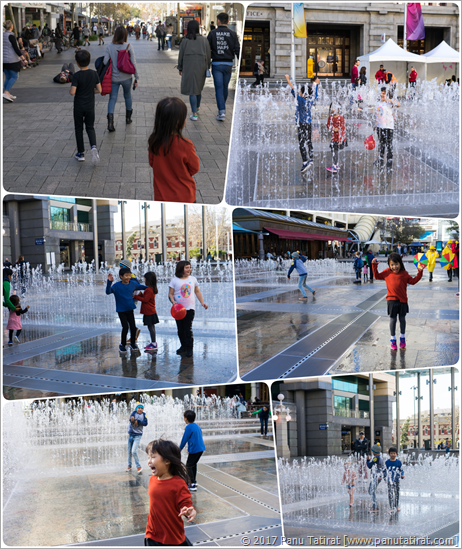 It ended up being way past noon before we started to think of lunch, and that was where the real fun began, haa haa haa. The decision was to head to the centre of the city, and I was dreading it. My pet peeve has always been finding a parking space in busy city centre... this problem just doesn't happen in Perth, first thing, there were plenty of Carparks (absolutely brilliant), and secondly the City Centre was not that busy.

Found a small and relatively busy bistro, fusion food from Italian to Fish and Chips... both of which went down a storm, you two couldn’t wait to get back to play at the fountain, allowing you to run off ahead after lunch was a mistake, as when I arrived at the fountain you two were nowhere to be seen. Must admit, I was panicking a little, making a logical guess that you two had missed the right turn, so I then doubled back only to find you two coming the other way (arm in arm), chilled as a glass of iced water on a cold winter’s day, haa haa haa.

The water fountain was super fun (only because there was a bunch of you screaming together, haa haa haa), and you can not make an omelet without breaking an egg, you couldn’t have a child playing near a fountain without getting wet... haa haa haa, your jeans and socks were soaked, and it was cold... After a very long while and the fear of you two catching pneumonia, it was time to go.

Because we all had little sleep the night before, it was decided to go back to the hotel partly to allow you two to change into dry clothes, and for your mother and I to think of what to do for the evening. For your mother and I we knew exactly what we’ll be doing in the evening, as on the ground floor quite a large pub was a part of the hotel, haa haa haa. 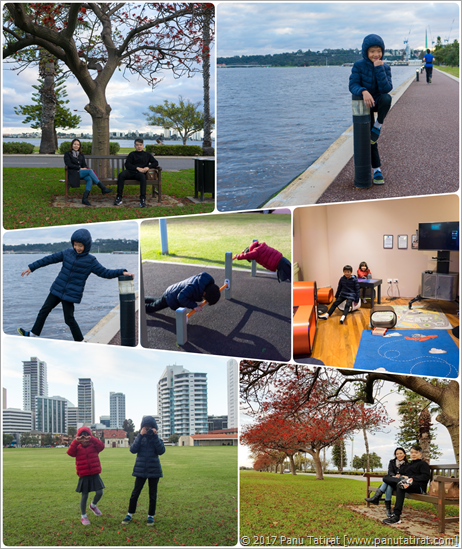 Coming back to the hotel after the late lunch was a great move, you two were soaked and very cold, so a rest back at the hotel was just what you two needed. A while later, instead of driving somewhere far, we took our supper close to the hotel and then took a walk down towards Swan River once more and parked ourselves at Langley Park, which you two were more than happy to do, lol.

It was a wonderful evening, a beautiful view of the expanse river, the huge grassy open ground and cool weather made it perfect for doing nothing, lol, whilst you two played, I was busy on the phone looking for things to do for the next day.

In planning for what to do, logically the first thing I’d checked was the weather, then considering it would be a Monday (how the traffic was going to be), then there was a simple matter of going back to the list of ‘must do, must see’, haa haa haa.

When we got back to the hotel, I was still drawing a blank, so instead of going back to the room, you two were given time at the play area (much to your delight) whilst your mother and I hit the Guinness (much to our delight), haa haa haa.

After a pint, everything became clear, lol, and with a push of a few buttons it was all booked and paid for, for tomorrow our destination would be ‘Penguin Island’, haa haa haa haa haa.