To be honest, we went to bed on the second day without much thought on what to do on the third day (today), haa haa haa haa, it was getting rather late and at the end I’d came up with a half hearted suggestion, to which your mother agreed (probably too tired to argue) and with that the lights went out.

As it turned out, for a day without much thought on where to go, it was jam-packed with places that we had visited, haa haa haa.

The morning routine was without fault, lol, and around nine-ish we were on the bus heading towards Vivo City to catch the undergrounds (as you see from the photo, looks like Matt had found his doppelganger)  to our first port of call, we wanted to take you two to the iconic Merlion, and that meant getting off at the Ocean Financial Centre station before a short walk to the Merlion. 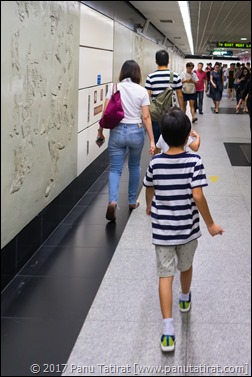 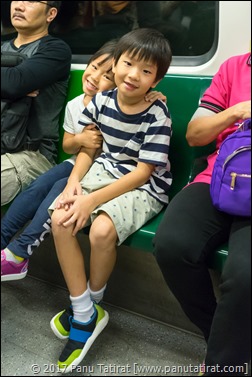 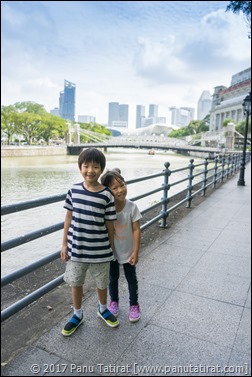 The weather was hot, and the walk was a little longer than I had anticipated, but the scenery was beautiful and in no time we’d found ourselves in the midst of a rather crowd looking rather lost... haa haa haa, only to find out that the Merlion was under renovation, lol. 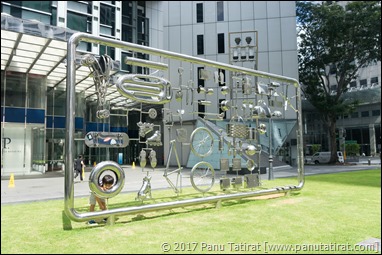 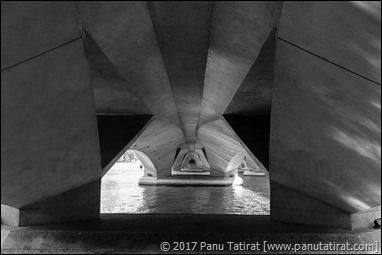 Instead of walking back to the underground, we jumped into the passing taxi and moved on to the ‘Garden by the bay’, the unassuming named attraction was surprising fun (well for me and your mother). Garden by the sea housed 2 huge enclosures, and I mean huge, the ‘Cloud Forest’ and the ‘Flower Dome’. I’ll let the photos explain itself, the Cloud Forest kept you two excited, but the Flower Dome was a bit of a bore for you two, lol. 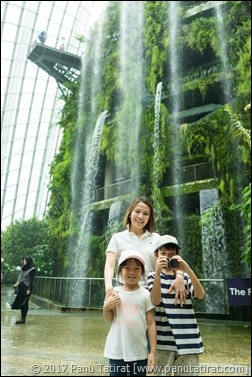 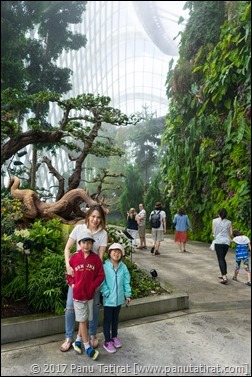 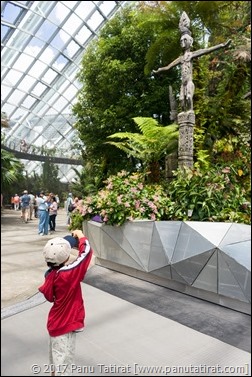 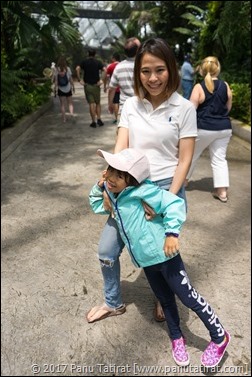 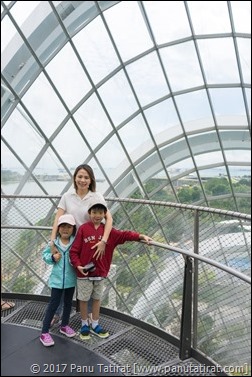 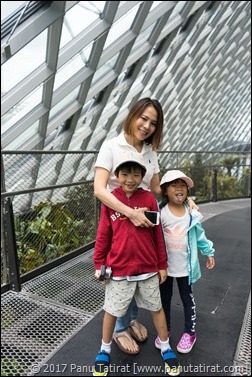 After a very, very late lunch at the Shoppes, it was unanimously decided to go back to the hotel, but instead of taking the normal route back I had decided to take a longer route and jump on the cable car to go back to Sentosa, before catching Uber to the hotel... note to self, never catch a one way cable car ride, super expensive, haa haa haa. 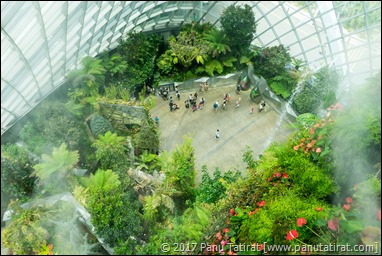 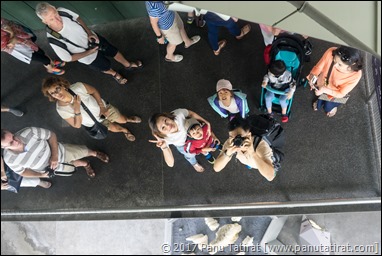 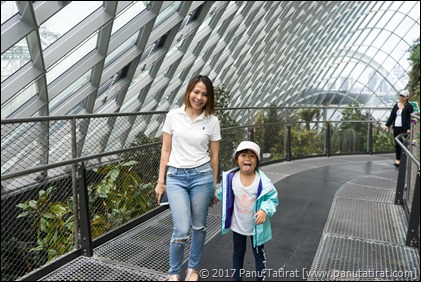 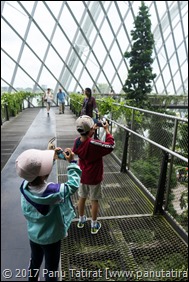 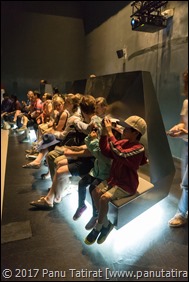 When we got off the cable car, we saw the Luge that a close friend had recommended, as we were due to fly out late tomorrow, this would be your entertainment for tomorrow morning. 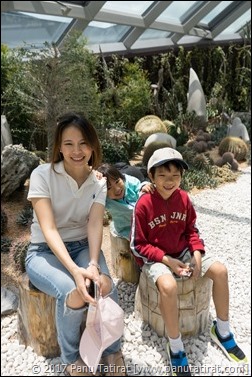 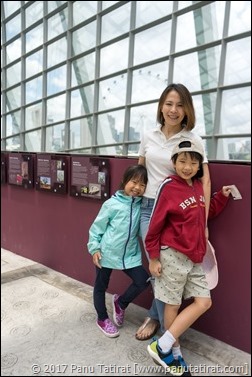 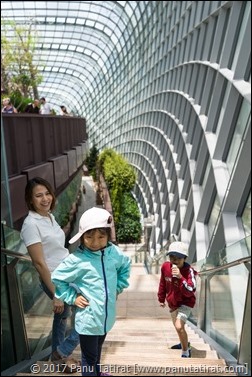 Back at the hotel is was the mandatory pool time, this pool is deep, around 3 metres, and Matt and I must have played a little too hard because at the end Matt’s ear was severely hurting. I couldn’t face having another meat at the resort, and after a quick change we took the the short bus ride back to Vivo City... Dinner was a bit of a downer, Matt’s appetite wasn’t really there, too much pain from his earache.

We had a little time after supper, and so we headed towards the arcade upstairs a great end to a very busy day :-) 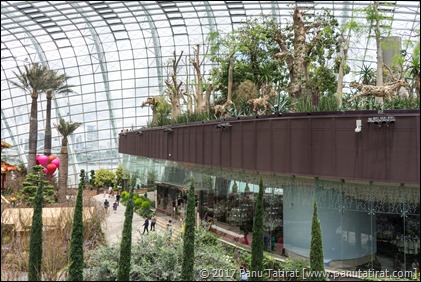 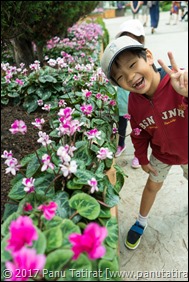 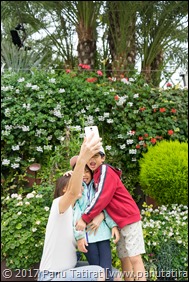 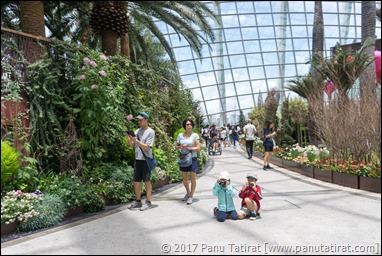 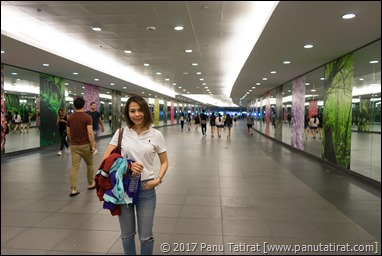 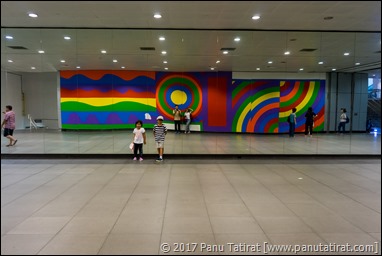 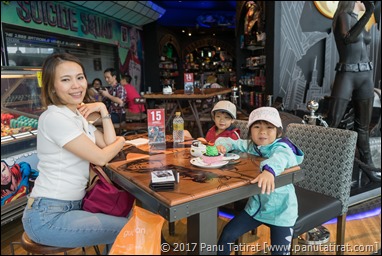 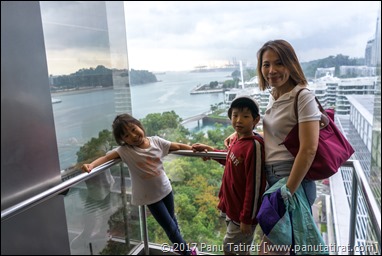 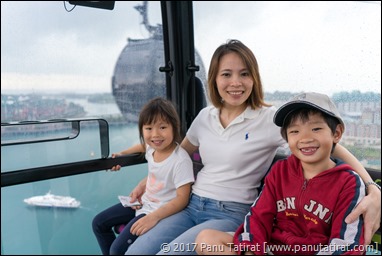 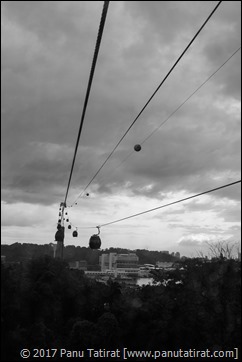 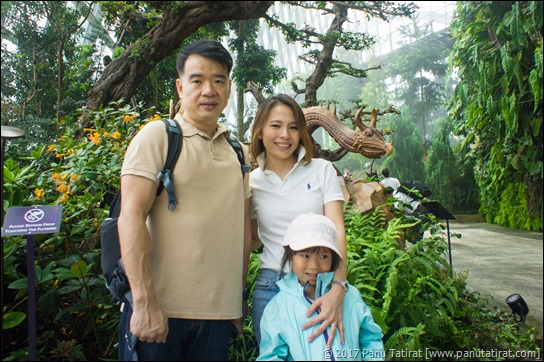