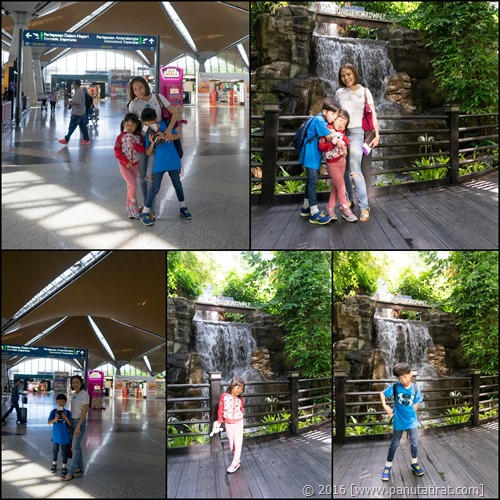 Finally time to go home, and both of you have already mentioned that you would like to come back, and soon, haa haa haa.

I didn’t expect this trip to be this great, but it had turned out to be super fun, the Sunway Lagoon was superb, but we were told by our Uber driver that we should try the seaside for our next trip.

Another thing about this trip was the taxi, it was super expensive, for a similar trip in Thailand it would have cost less than half. We’ve used all type of taxis, the Red & White ones were older than the ten commandments tablets, the Blue Taxis (so called executive taxis) were more than expensive than sending Space Shuttle to Pluto.

The best option by far was Uber, better, cheaper and more professional, but one has to be careful though, there has been some altercations between Taxi and Uber, in one case a taxi driver stopped an Uber and asked the customer to get out of the taxi. I think for the next trip we are going to go 100% Uber, lol.

I think we are definitely going to come back to KL, there are a few things that I would like to do, high up on the list would be to visit Petronas Twin Towers, Islamic Arts Museum, National Mosque of Malaysia and National Museum.