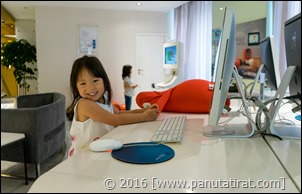 On day three, both of you were up just a little before six, that was just a little too early, haa haa haa, I think Matt was up so early, so that he could play on the computer before breakfast, lol.

Second full day started off not quite on the right foot, I got a little stroppy because we weren’t on schedule... I am sorry... it wasn’t a big strop, it was a very small strop, haa haa haa. It was worsen because by the time we set our feet outside of the hotel, the sky decided to open up. This morning started off with MTR across (under) the river, getting off at the Central MTR station, and with a short walk we arrived at Central Ferry Pier where we found one of the main ‘Big Bus’ office. 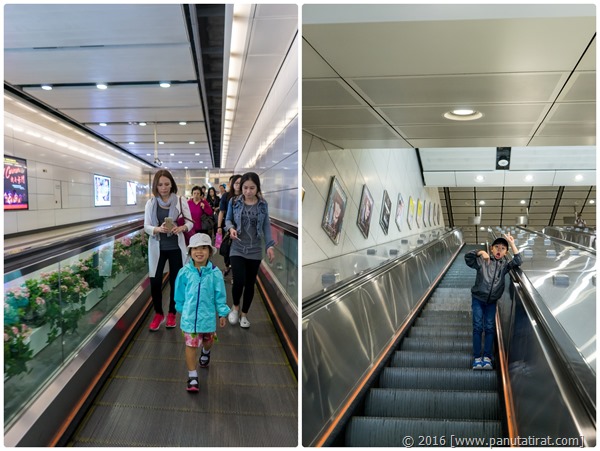 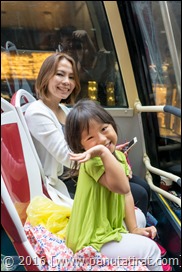 The rain was getting heavier and heavier, by the time we reached Big Bus your mother and I actually had second thought if this was a good idea, with hope that the rain would subside we booked our seats on the bus.

Even though the rain was still pretty heavy, Matt was adamant on sitting on the top deck (there was some cover from the rain). BB took us around HK Island, despite of the rain the ride was still very enjoyable, especially with the taped commentary (free headphones and flimsy rain coat came with the tour). 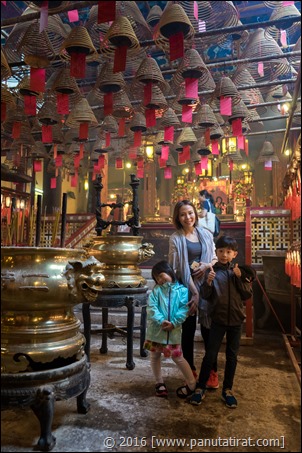 So instead of hopping off the bus at The Peak, we rode on and decided to visit Man Mo Temple first (hoping the rain would calm down before going to The Peak). The temple was as authentic as you could get, I thought because it was a recommended tourist spot, I had expected it to be more commercial, but it wasn’t, may be because it was such a tiny place.

After quickly dashing between different section of the temple trying (and very much failing) to avoid getting wet from the rain, we’d pretty much covered the whole thing in around 45 minutes. I was told the bus would come every 30 mins, luckily opposite the temple (next to the bus stop) was a tiny public park with a tiny roof, it was enough for the four of us stand under, but the bus took its time in coming... we waited, played games and waited some more... the bus was late.

Suddenly Mar needed the toilet... haa haa haa, we were obviously going to miss the bus, as the toilet was literally down the hill about ten million metres away... All of us took off down the hill and you two were skipping all the way (I was politely rushing you along, the bus was sure to come soon). Suddenly I had one of those Spidey sense... I ran up the hill to see BB pulling into the bus stop... haa haa haa.

So instead of walking back up the hill to wait for the next bus, we’d decided to take an early lunch, another perfect decision from your mother, because the sky really opened up then. After lunch, instead of walking up to the temple to the BB stop, we took the MTR and walked to The Peak. 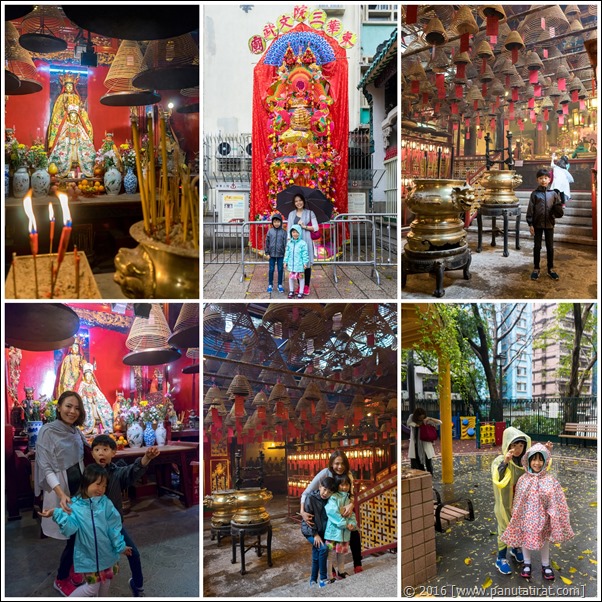 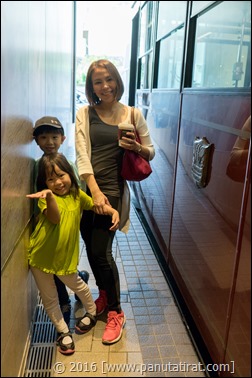 The Peak is one of those mandatory stop for visitors to HK, luckily the rain became nothing but a drizzle, and we took our chances to take the famous tram to the top. This is where the Octopus card came in real handy, instead of having to queue up for the tickets (super long queue), we just presented our Octopus cards and we were ushered straight to the gate.

The tram was pretty fun, the angle up to the peak must have been around 45 degrees, you two were loving it, with additional fee we went even higher the very top viewing platform, slightly dear but worth it.

From The Peak we were once again back on BB, this time we took it back to the pier to catch the ferry back to the Kawloon side (BB tour came with one round trip on the ferry). You two did not want to sit and much to your mother’s distress decided to wander around the ferry. 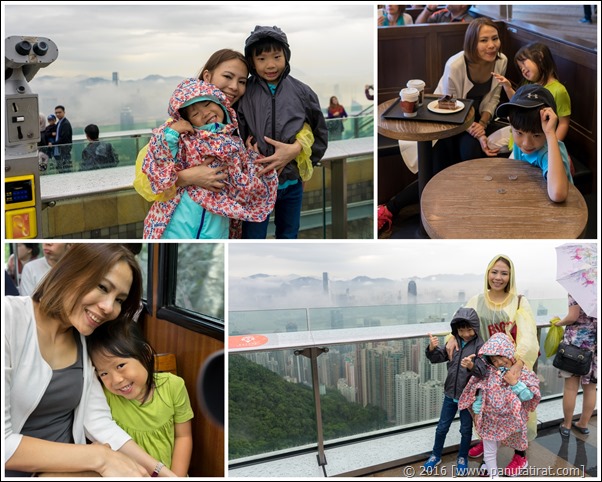 The ferry took less than ten minutes to arrive at Kawloon, another short walk put us right back on the BB’s Blue route, by now the rain had completely stopped (amazing) all of us were on the open top deck of the bus, to see the smile on your faces was brilliant.

We sat through one big loop of the blue route without hopping off, I was hooked on the taped commentary, Kawloon is the less affluent side of HK, but to me so much more interesting. Jumping off where we got on the blue route, we decided to wander around for a bit before jumping onto the MTR and headed off to Mong Kok area (retail/food).

I don’t know how your mother does it, but she managed to find another great place to eat, after supper it was obvious that it had been a long day for the both of you... so back to the hotel we went...

Tomorrow is the highlight of the trip, Disneyland day... it was a perfect day! 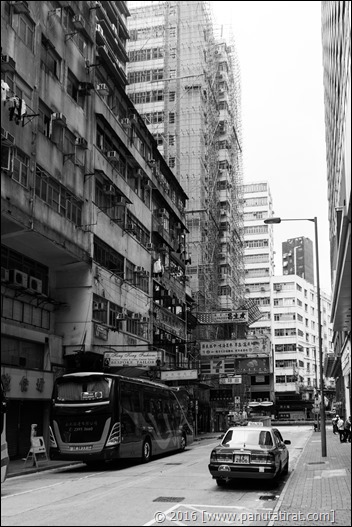 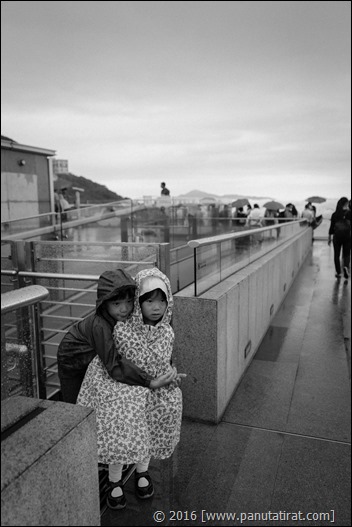 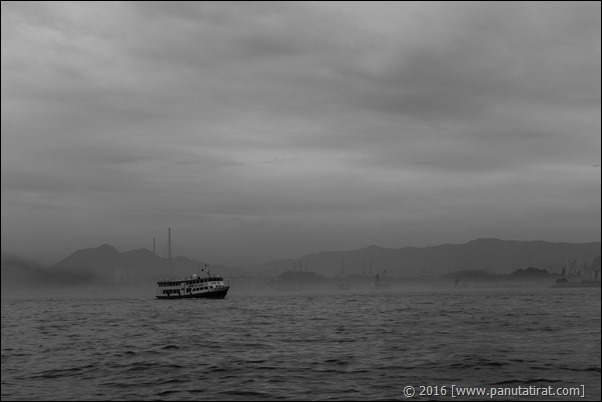