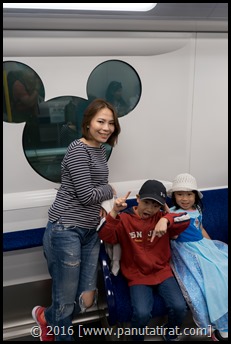 Yesterday, while we were plodding around Hong Kong Island and Kawloon on the BB tour hopping on and off, my fingers were crossed the whole time hoping for the rain to disappear today. I must have done something right, as we woke up to a dry Hong Kong, although the sky was awfully overcast, but at least it was a bright day.

Today was full of anticipation, it was our Disneyland day, haa haa haa. Everyone brought their A game this morning, Matt, Mar and even your mother (haa haa haa) was super quick in getting ready for breakfast, even breakfast was taken with unrivaled efficiency, lol.

Mar brought along her Elsa’s princess dress just for today!

Disneyland opens at 10:00, travel plan was super simple, from Jordan MTR, we travelled north (7 stations) to Lai King where we changed from the red line to the orange line and 2 stops later we arrived at Sunny Bay MTR station. From Sunny Bay MTR we changed once again to the dedicated pink line with only one stop, Disneyland.

The whole trip took between 40 to 50 minutes, but it was as painless as it could be, especially with Octopus cards. Must hand it to Disney, the excitement or the buzz was created whilst we were miles away from Disneyland, the train from Sunny Bay to Disneyland was a ‘Disney’ train, haa haa haa.

As soon as the train rolled in, you can hear the people gasping, the windows were in the shape of Mickey’s head, now for someone as emotionless as me, I was amazed how the shape of windows (essentially 3 intersecting circular windows) can caused so much excitement... Matt and Mar was definitely excited... perhaps it was the anticipation... well done Disney.

Stepping inside the train, we were treated to more Disney’s touch, anyway, the train took less than 10 minutes and in a blink of an eye we arrived, I was taken back slightly with the Disneyland MTR station, it was beautiful, haa haa haa. 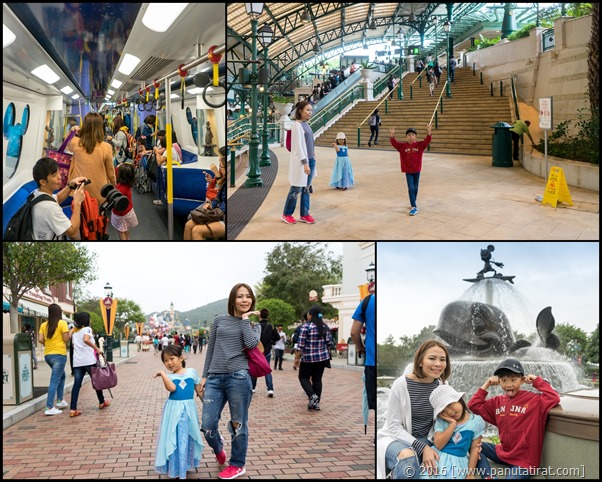 Walking from the train to the entrance gate was full of awesomeness, haa haa haa, huge open grounds with hundreds of people smiling, skipping, walking in the same direction was something I am not used to, but even that was enjoyable, reminded me a lot of the Eloi walking to their doom into the Morlocks’ dungeon, haa haa haa, but in our case we were there to have enough fun to last us a lifetime, or in your case enough fun to last you a day, lol.

Because I’d bought the tickets online a week earlier, it was a breeze entering the fun park, besides the queue was light, we had purposely came to Disneyland on a weekday, too many horrific stories of long queue during the weekends. 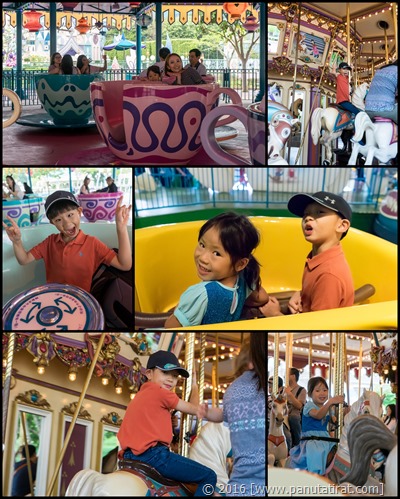 Things were a little slow at first, simply because we didn’t know where to go or what to do, luckily the funpark was divided into different simple sections, from the name it was obvious we should start at Fantasyland for Mar and Tomorrowland for Matt. Our first proper ride was on the teacup thingy... I remembered my first time in a fun park with my parents, and going on a simple roller coaster with my father with him holding my hand tight, and he said ‘Don’t be afraid, ok’... I did the same thing to Matt (on Space Mountain), purely because I was terrified... haa haa haa. By the way after the first ride, Matt turned left, looked at me straight in the eyes and said, “please don’t make me do that again”, haa haa haa, so I did (gently asked)… lol. 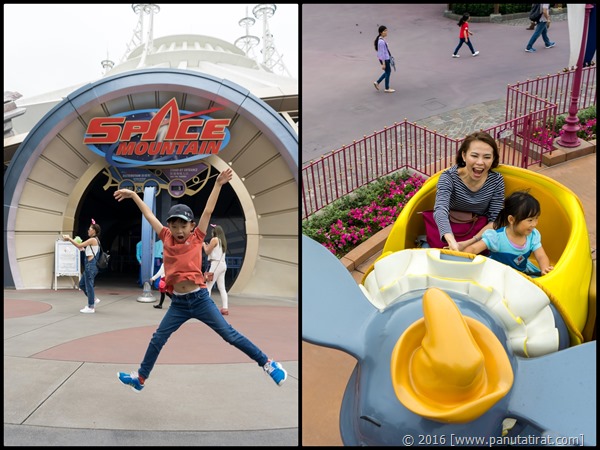 After one ride on the Astro, I turned around to see your mother’s face light up like a billion watt bulb, she was smiling from ear to ear... She rushed to me to show her phone she had taken a photo of Mar’s score... Matt and I were fighting each other to see how much Mar had scored... 800,000+!!!! How was that possible, Matt and I felt on the floor laughing... and all of us had another go, if Mar could do it, we all can do it... of course we could not, haa haa haa haa haa. 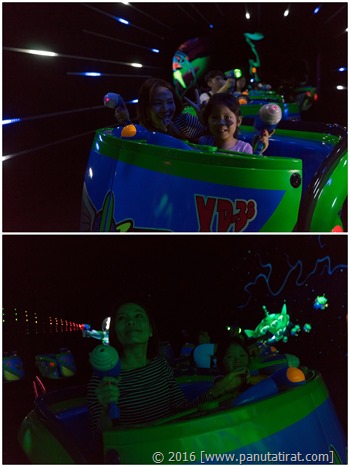 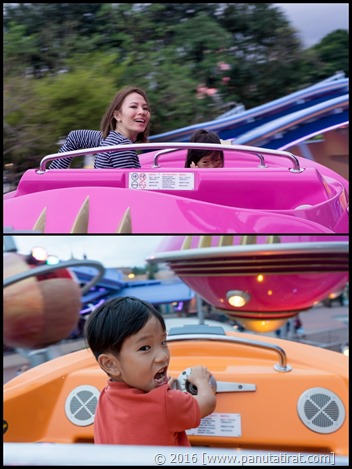 Here is the executive summary, too much fun on too many rides were had by all, the 15:00 parade was fantastic, Mar was chosen to dance at the front of the parade among other kids in princess’ dress. You can not imagine how many tiny princesses there were, it was amazing... 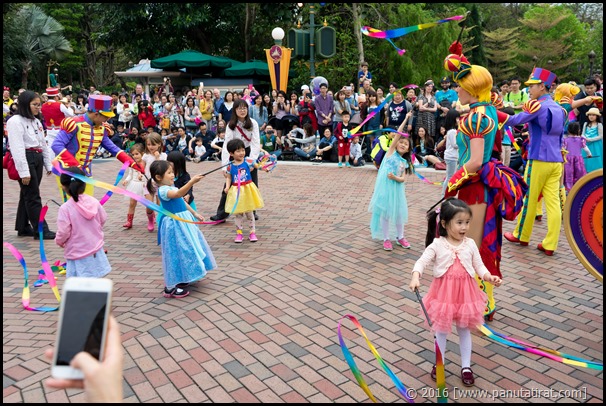 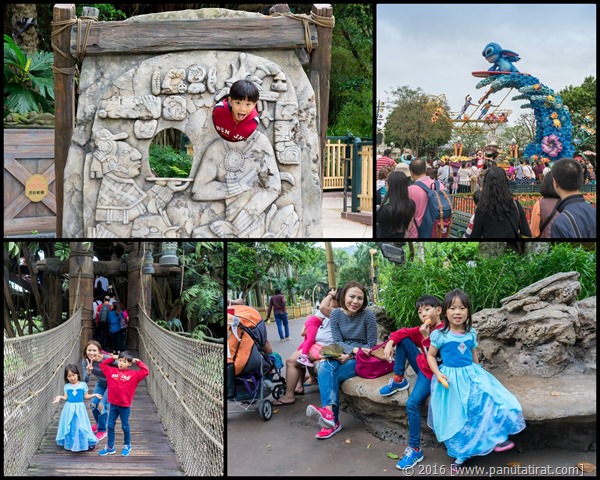 We were so lucky, the weather held out all day, not a drop of rain came. Originally I’d thought we were going to leave around 18:00, but there was a night parade on at 19:30... and you two were adamant on seeing the parade... who was I to say no... even I had to admit it, the night parade was quite spectacular.

After the finale, we all followed the parade to the main gate, and everyone quietly walked to their respective mode of transport. I was expecting a big rush towards the MTR, but that never happened (although there was a huge crowd), perhaps all of us were too tired to rush haa haa haa. 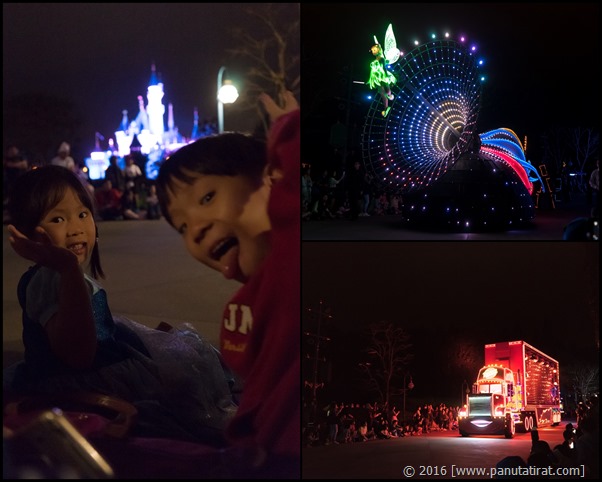 Mar was physically tired, and I did a Papa thing again, and got on the wrong train... haa haa haa, wasting precious 15 minutes... By the time we’d changed train Mar was fast asleep, Matt was trying his best to keep awake (well done).

Today was superb, as we all went to bed, I was apprehensive about tomorrow where I had planned to go to Ocean Park which is another fun park (with Oceanrium), perhaps it was just too much... With hindsight, it wasn’t the best of choice but as all the tickets were bought and paid for, there was no other choice, sorry. 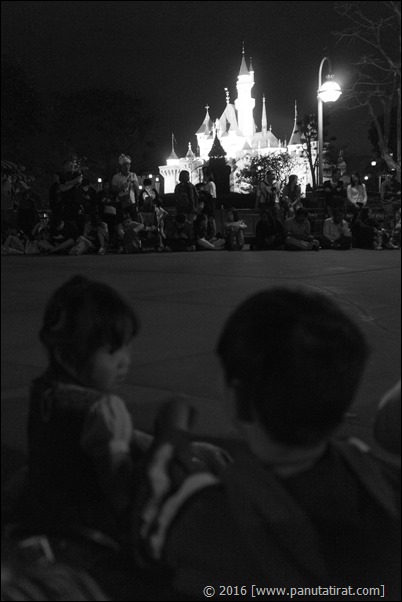 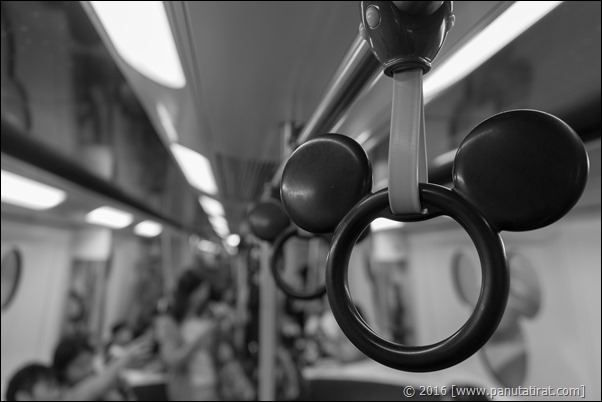 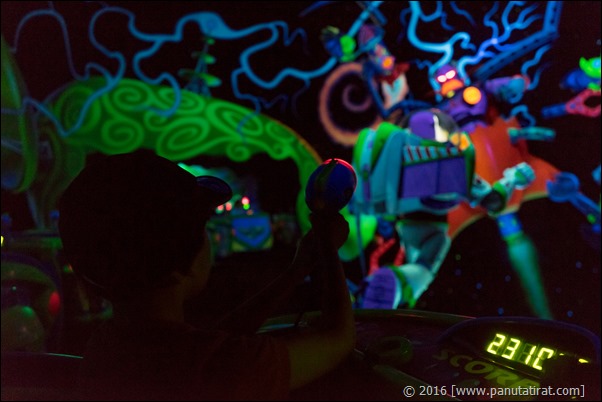 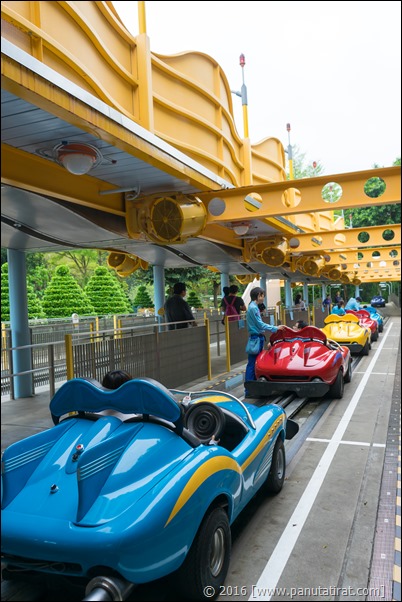